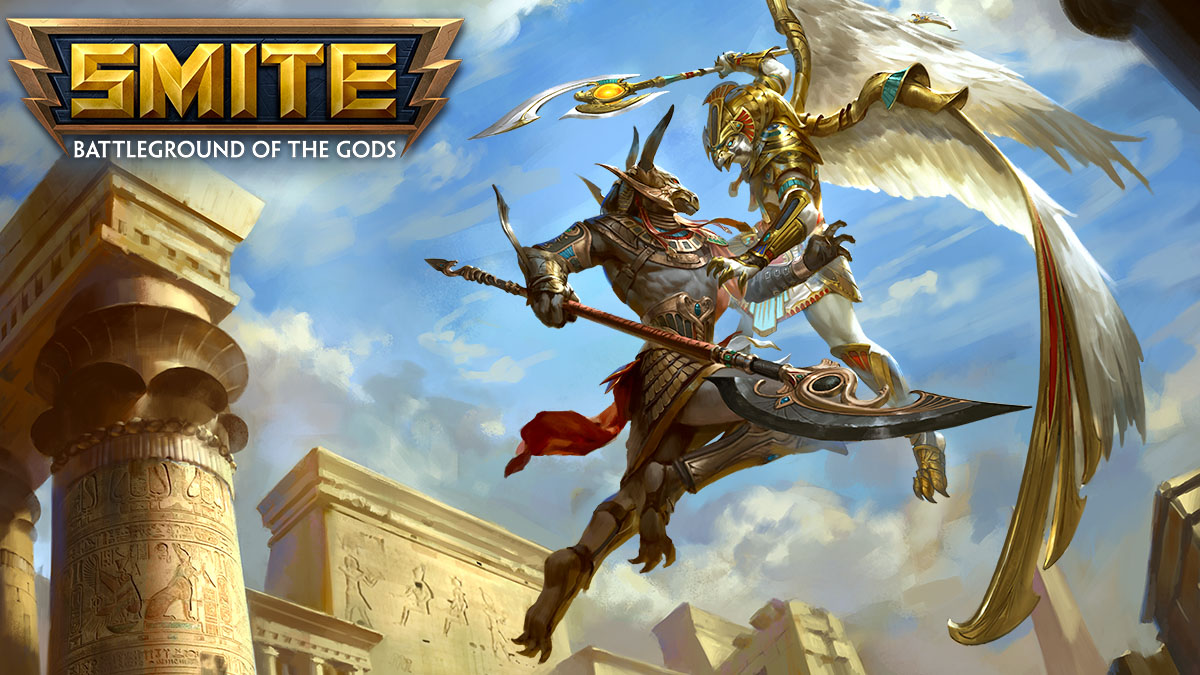 Hi-Rez Studios have announced that they are bringing not one but two Powerful Gods in the latest SMITE Update. Egyptian Gods Horus and Set are joining the roster and bringing their their legendary Feud with them. Both have very different tactics from each other, Horus is an honorable leader and empowers his allies. Set on the other hand is a blood thirsty Assassin that relies only on himself and his clones that he conjures from the sand.

We have the official announcement below along with a couple new trailers featuring the Gods.

For the first time ever, two legendary Gods are entering the Battleground of the Gods.

The Egyptian rivals Horus and Set are both now available in SMITE: Battleground of the Gods, and their legendary feud kicks off the new Battle for Olympus event.

It all begins with a murder: Set has slain his elder brother, Osiris, to steal his throne. Horus, the son of Osiris, is out for vengeance. Can the Rightful Heir Horus avenge his father and reclaim the crown of Egypt, or will the murderous Usurper Set continue to thrive in the chaos he has created?

In SMITE, Horus and Set’s feud portends their destructive abilities on the battlefield. Set is a bloodthirsty Assassin, relying only on himself — and the clones he conjures from sand — to strike swiftly. Set channels his rage as he unleashes his ultimate, spawning more and more clones as he bares his claws and tears into his foes.

Horus takes a much different approach to battle. An honourable leader and commander, Horus focuses on empowering his allies and creating opportunities for them to strike with his powerful healing and crowd control. No matter where an ally may be in danger, Horus can take flight and join the fray — and he often brings friends with him.

The new Overview video for both Gods can be viewed below.

And the cinematic trailer for both Gods can be found here:

Artwork of Horus and Set is available here: