[Preview] First Impressions of a More Immersive Hyrule (The Legend of Zelda: Breath of the Wild VR) 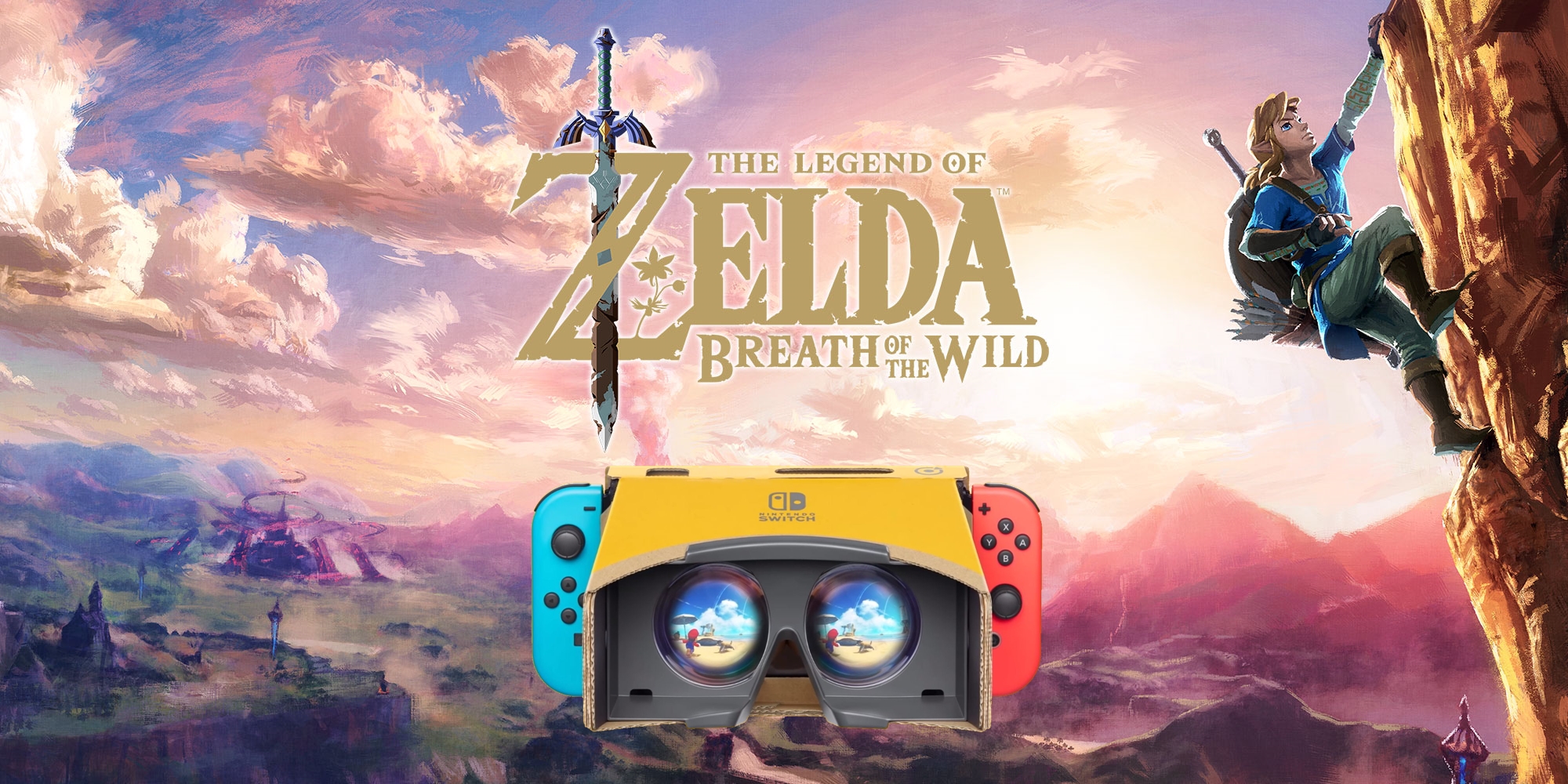 The time has come to experience The Legend of Zelda: Breath of the Wild in a whole new way and I for one could not resist dipping my toe in its VR waters.

Upon starting up the game, players are required to go to Options and enable VR Goggles, from there, it’s a case of slipping your Switch into the VR Goggles and away you go.

For all intents and purposes, the controls and game content are exactly the same, except with the VR Goggles, a more immersive adventure awaits you, which can be made even more so, by slipping on a pair of headphones and shutting out reality together.

There is a slight visual difference apparent from the get-go and the fact that the camera can move freely, is a blessing. You can run anywhere, look anywhere, what started out as five minutes of bliss, soon took a downhill spiral.

As great as it is to run around Hyrule in this new manner, while it is one thing to be holding your Switch so close to your face when experimenting with the Toy-Con and the Nintendo Labo Toy-Con 04: VR Kit software, it is something else entirely to be playing a game like Breath of the Wild, especially if you aim to go for the long haul and try to play for an hour or two.

To pull it off, you’ve essentially got to act like a T-Rex and have your arms fairly close to your body and hold on to the Joy-Con either side of your Switch, in such a manner that I can see discomfort being caused, especially for those who have any form of arthritis.

One way you can relieve some of the discomfort, is to sit close to a surface that you can rest your elbows on to help reduce some of the weight on your face. Of course, provided you have rigged up your own strap like we have, it is possible to secure the Goggles to your head and play with a Pro Controller.

What’s more, because of the free camera angle, you can even lay down if you want and play that way with the Pro Controller. Yet, just because one issue can be corrected, there are two other problems I encountered, with one being the longer you play, the more nauseating the whole thing becomes.

It’s almost like you become more aware of the visuals and how jagged all the edges are, which only makes you feel even more nauseated. In short, Breath of the Wild in VR is not a game intended for long sessions, but like Technical Director Takuhiro Dohta said in an interview, it is possible to Switch from normal gameplay to VR at any time, so provided you’re at home with your VR Goggles, there’s nothing stopping you from reaching a breath-taking area and activating the VR mode then.

It doesn’t even have to be scenery either, as even just changing Link’s attire and arsenal can be grounds for swapping over to VR. As for the second issue I had, it’s to do with the screen display.

I don’t need Breath of the Wild to suddenly have a first-person perspective for me to enjoy the VR aspect better, but it would be nice if game text could be sharper and easier to read, not to mention when entering a different area, you can’t even see the full name of said area as there is a bit of a blind spot in the corners. Not to mention draw distance is also reduced.

Those two issues aside, Breath of the Wild VR does deliver on what it promises, it does offer a different way to experience Hyrule, but that new experience is certainly better in short sessions than long ones.

Now, it should go without saying, but while playing with VR activated, Video Capture is unavailable, but you can take still screenshots, VR mode can be restricted if you choose to enable it, but I do wish the whole thing was more stable. Still, at least defeating Ganon in VR is even more intense, even if the colours are a bit strong.

Also, for the players who wish to disable the motion control camera, it is easily to do in-game, but it doesn’t suddenly solve the existing issues. As things stand, while more game time is necessary, in the event you don’t have the Toy-Con VR Goggles, you don’t need to feel compelled to get them to play Breath of the Wild. VR for one game is not worth it, you’re better off getting the VR Kit and having access to its range of games and of course try out Super Mario Odyssey, which we’ll be covering in our next preview.