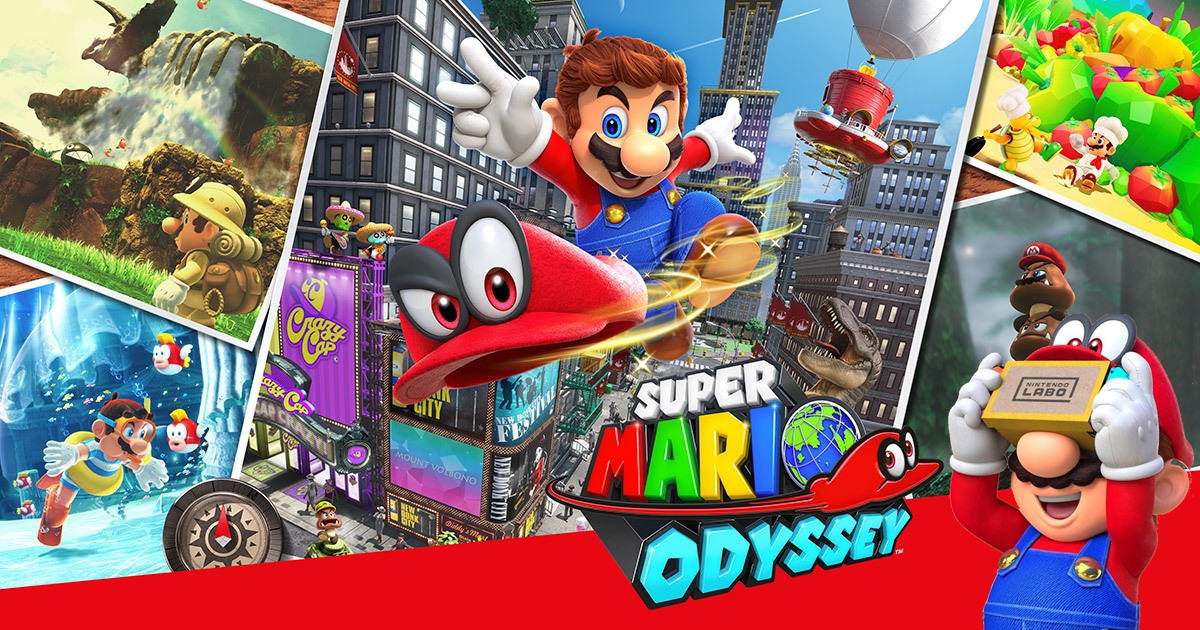 As part of a new update, unlike Breath of the Wild, Super Mario Odyssey actually gets some new content, which can be played without VR Goggles. In order to reach said content however, from the main menu, players choose the Playing in VR option. From there you will be able to choose to play with the VR Goggles, or without them and honestly, if you have the Goggles, you’re better off playing with them.

With the Goggles on, while the camera can be a hindrance and there is no lying down and playing this time around, as long as you have a strap, you can use a Pro Controller and the whole thing does run a lot smoother than Breath of the Wild does.

In fact, Super Mario Odyssey VR runs smoother than playing the new content without the Googles. Without them, you’re very restricted with the game, you can only play in handheld mode and although things visually look nice, the actual movement is jittery. So, even though you can play the content without the Goggles, it’s just not worth it.

That said, the non-VR version of the content does come with the benefit of being able to rotate your Switch 360° degrees and having the screen rotate to match. Back to the actual VR gameplay, it’s less nauseating and you are able to play a longer session this way.

What’s more, it actually makes the new content enjoyable, and talking of the new content, it’s a return to three Kingdoms we know and love (Cap, Seaside & Luncheon) and collecting music notes to be rewarded with a musical instrument that must be taking to their associated musician.

There are three instruments to be collected in each kingdom and an added objective of collecting 100 coins in said Kingdom, but by collecting all nine instruments, players will be rewarded with a VR performance of Pauline performing Jump Up Super Star.

The only slight issue with the performance, is that it takes place in the Town Hall, so although you can look around the room and be impressed, it’s not nearly as impressive as if the new concert took place in the same locale as the other one, on a high building above the city and thus allowing players to get a great look at New Donk City in all its splendour. Of course, this isn’t the only available video as players will be able to watch the opening and ending scene as well, only with those, you can’t look around as you please.

While the content might not be the DLC players were hoping Odyssey would get, it is fun nonetheless and Odyssey is a game that can be improved by playing with VR mode enabled, but you’ll still feel like a T-Rex when playing and if you play too much, your head might just begin spinning again.

It is because of all those reasons above that, even after a short amount of time spent playing the mode that Super Mario Odyssey VR is the superior VR experience compared to Breath of the Wild, but it’s not quite good enough on its own to justify buying the VR Goggles to solely play it and nothing else.

Especially since you won’t get too much use out of the Goggles as the new content takes almost no time to complete, but Labo VR does enrich the game and makes for a delightful experience. Just keep in mind that Video Capture is blocked, so you won’t be able to share anything other than screenshots.