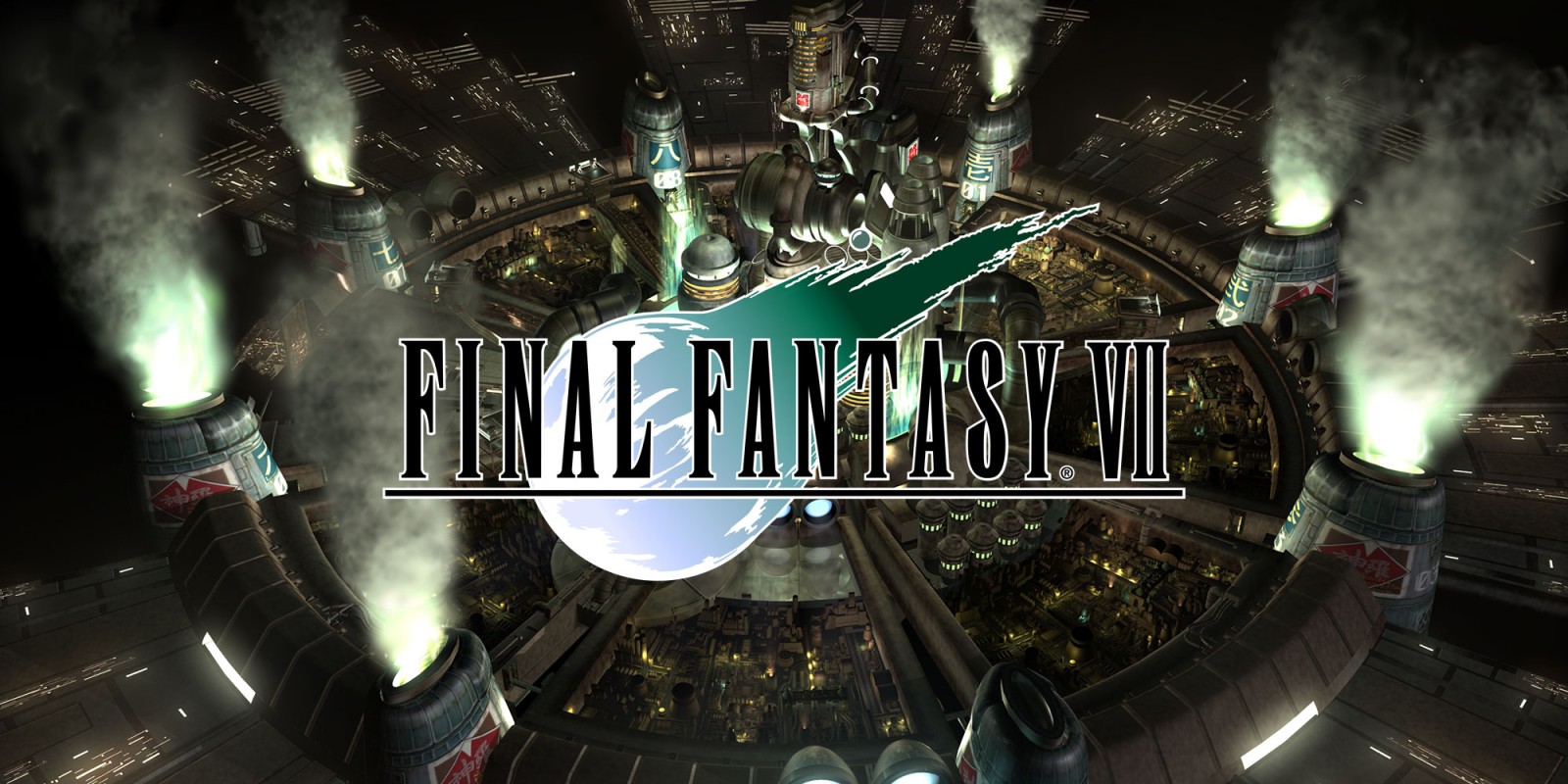 Seven is the magic number.

It’s cliché to say, but certain games define a generation. Final Fantasy VII is one of them, marking the point that the signature RPG series left Nintendo platforms for the PlayStation. Millions grew up with the game, forever changing Square’s legacy and becoming one of the most beloved games, even in 2019.

I grew up with Nintendo systems, though I maintained a healthy respect for my friends who opted for other platforms. Needless to say, I knew all about Final Fantasy VII, so my expectations were incredibly high when I first played it. Now it’s on the Switch, meaning that thousands of others will be able to experience the title for the first time. But with two decades of excitement, is it worth it?

Departing from the typical RPG tale of medieval knights and mysterious wizards, Final Fantasy VII is set in a dystopian future, where the planet is slowly being leeched of its Mako, the energy of life that all beings are blessed with.

The megacorporation Shinra Electric Power essentially rules the city of Midgar, where they own eight major reactors and have an oppressive police force. Shinra’s greed has concentrated wealth among a select few in the higher parts of the city, with the rest suffering in the slums below.

Cloud is apathetic towards the cause but continues to help anyway. During a miscalculated mission, Cloud is saved by a mysterious girl named Aerith, who is constantly harassed by a Shinra group known as the Turks. Thus begins the story of the rebellious Cloud, Aerith, and the leader of SOLDIER, the infamous Sephiroth.

The futuristic setting of Final Fantasy VII certainly doesn’t prevent the story from feeling prevalent in the modern day. The mega corporation Shinra eerily reminds me of Amazon or Google going down the wrong path. All three companies hold tremendous power, and Final Fantasy VII shows why people despise when large companies attempt to enter another field. The story is ominously relevant, and I assume it will remain apropos to modern issues for many years.

The RPG also does a stellar job creating questionable morality. Many early RPGs boil down to “a hero emerges to fight back the darkness”, making a jarringly black and white story. While the iniquity of Shinra is constantly demonstrated, AVALANCHE often disrupts civilians during missions, and as a result, is condemned by many. Destroying reactors hurts Shinra, but it also hinders everyday life for many.

I questioned my actions many times in the early game, yet just enough wickedness was shown by Shinra to keep me fairly certain that I was on the right side. Final Fantasy VII‘s clever morality keeps players mostly confident that they are helping the right side, while still planting the seeds of doubt that make a story feel realistic.

I am always intrigued by the methods games use to let the player insert themselves in the protagonist’s place. Some games simply provide an amnesiac whom you name and customize, though this obviously isn’t fitting of a story driven game such as Final Fantasy. Cloud is a stellar example of a relatable protagonist, and his dispassionate outlook is key.

The average player doesn’t care about the world of Final Fantasy VII when they start the game for the first time. Cloud’s growth is based on his experiences, and since his story is followed for most of the game, the player experiences similar growth. Cloud knows just enough so that he doesn’t stick out as “that new guy with glowing eyes”, which often occurs in games with avatars meant to be a self-insert. Final Fantasy VII‘s protagonist manages to be relatable and realistic, but not unwarranted.

The gameplay of Final Fantasy VII is generally split between two phases: exploration and battle. During exploration, the player moves Cloud across an isometric map containing NPCs, items, save points, and pathways to other areas. At this point, the menu can be accessed, allowing for party management.

The exploration phase is also where almost all of the dialogue and story scenarios occur. There isn’t much to comment on about the exploration, as it’s a tried and true formula. However, certain pathways were visually vague, usually due to the fixed camera being poorly angled or an object appearing to be in a different location. This makes traversal a bit tedious, though it isn’t a major problem.

In most areas, movement across the map can be interrupted by random enemy encounters. The bane of all RPG players once again appears in Final Fantasy VII. In this title, the encounter rate felt far too high at times, though that may have just been poor luck.

Battles utilize the Active Time Battle (ATB) system that was introduced in Final Fantasy IV. Instead of granting each character a turn to fight, characters are on timers, which allow action once filled. There are basic attacks, as well as Magic and items to be used. Characters can also be set up in specific formations, and can skip turns to defend.

Next, there is the Limit system. Arguably the face of Final Fantasy VII‘s combat, the Limit system allows for a powerful move to be used once enough damage has been sustained. While this adds a bit of variety to combat, I couldn’t help but feel that it often was wasted. Reaching their Limit replaces the attack button for a character, forcing the Limit to be broken if an attack is to be used at all. I often was forced to waste my Limit on weak enemies or spend a turn saving it. While Limits do quickly recharge, allowing it to be saved in the first place would make for a far more interesting system.

Many actions require specific button combinations, in order to make menu navigation as fast as possible. While these aren’t difficult to remember, they aren’t immediately obvious to new players. This accomplishes its goal of keeping menus to a minimum, however. Final Fantasy VII‘s “difficulty setting” modifies how ATB works, allowing for certain selection processes to freeze enemy timers if desired. This is a great way to modify difficulty since it doesn’t artificially bloat enemy stats while still providing different levels of challenge.

However, even when the highest speeds are selected, Final Fantasy VII is a slow game. Random battles often involve waiting as long animations play out repeatedly, making easy battles dull to complete. There are often periods where all characters would be on their timer, causing an odd break from the action.

Naturally, this would be a major problem. Luckily, in the Switch port of Final Fantasy VII Square Enix added 3 cheats, the most important being triple game speed. This can be toggled on and off with a click of the left analog stick, making it incredibly easy to use exclusively in battles that would otherwise consist of pressing the A button for two minutes.

This so-called cheat is a true Quality of Life change, creating a game that can be played at the original pace or hastened based on player discretion. Admittedly, many areas felt short when speeding through battles, but I could tailor the length to be exactly what I desired. This is especially helpful since many areas limit saving to only a few designated spots. Triple speed greatly improved my Final Fantasy VII Switch experience, hiding the game’s aged pacing, even if it did expedite progress a bit too much at times.

The other two cheats definitely change the experience, so I avoided them. One allows for maxed stats in every battle, and the other completely turns off random encounters. These modify the game to a practically unrecognizable state, so unless you are playing solely for the story, I wouldn’t go near these.

When I think of RPGs, I think of specialization, Jobs, and Classes. Final Fantasy VII has Materia instead. Each piece of equipment has a certain amount of slots that Materia can be affixed to. Materia provide a variety of effects, such as providing new commands, spells, or summons. These can be applied and removed rather easily, and level up independently of characters.

This encourages experimentation and makes replays far more interesting than usual. Materia typically provide both stat increases and penalties, making them balanced tools as opposed to glorified equipment. Materia adds a layer of strategy that is simple enough for all to use, but also contains the potential necessary to captivate fans for two decades.

Final Fantasy was released during the early days of 3D gaming, meaning that it isn’t beautiful, to say the least. Characters are blocky and environments have a certain “fuzz” to them. Interestingly, combat models for characters look far better than their overworld counterparts, though the latter have a certain nostalgic charm.

The Switch port has higher quality renditions of the models than the original game. However, when comparing the visuals of this to that of Final Fantasy VIII and IX, which released shortly after VII, the difference is staggering. Final Fantasy VII served as a starting point for Square’s experience with 3D, and it clearly shows.

Unlike the visuals, the soundtrack of Final Fantasy VII is timeless. Nobuo Uematsu has always been known for his stellar music, and VII is no exception. The score is emotionally varied, from the mysterious opening, to the growing intensity of Cosmo Canyon’s overture, to One Winged Angel, arguably the epitome of PS1 Final Fantasy music. Square Enix is infamously stingy with music rights, but with a soundtrack this great, it’s not hard to see why.

Final Fantasy VII is a game that all ought to experience. It is dated, but the core experience remains enjoyable to this day. The story is timeless, even with its futuristic setting.

That said, the flaws of the gameplay, have become visible after years of play, but the battle system is still enjoyable, forcing quick thinking and many tense moments. The visuals might not hold up to this day, but the music more than makes up for it. It may not be perfect by modern standards, but for $15.99, Final Fantasy VII is a steal.