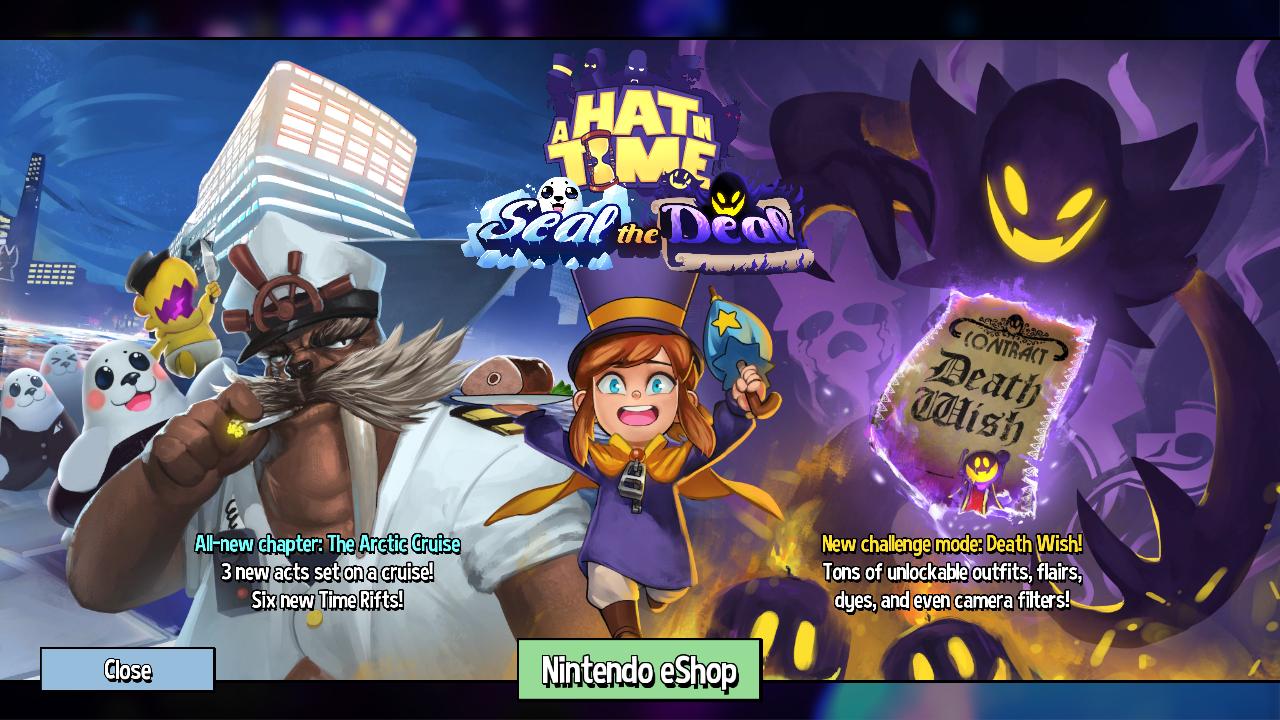 Gears For Breakfast have announced on Twitter that the Switch release of A Hat In Time’s will include the Seal the Deal DLC.

No other information has been shared as of yet but as soon as we know of anything else, we will be sure to report it.