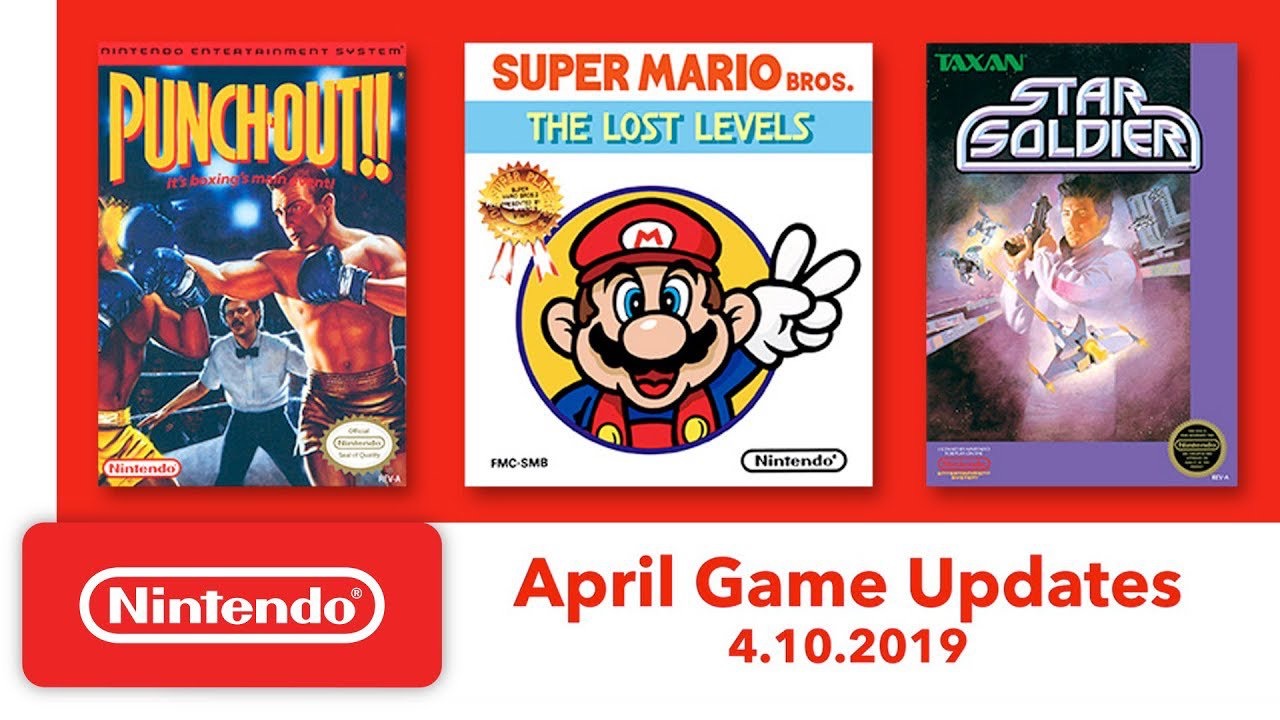 Nintendo have released a video with the latest offering of games for the NES – Nintendo Switch Online. For April, there are Three games coming to the online service in the form of Super Mario Bros: The Lost Levels, Punch-Out, & Star Soldier.

Super Mario Bros.: The Lost Levels – Originally released in Japan as Super Mario Bros.® 2, this game has previously made only brief cameo appearances in the Western Hemisphere. Mario fans will appreciate the familiar look and feel of the game, while finding that its updated gameplay creates an entirely new challenge. In addition to the classic enemies already known to fans worldwide, there are also Poison Mushrooms, backward Warp Zones and the occasional wind gust (which can help or hinder your progress).

Punch-Out!! Featuring Mr. Dream – As young boxer Little Mac, players have a once-in-a-lifetime chance to battle the big guys of the World Video Boxing Association circuit. Take them on one by one, starting with skinny Glass Joe. Battle up through King Hippo and all the way to the WVBA Champion himself. Players use their best jabs, hooks and power uppercuts to knock out opponents, but must also dodge jaw-breaking blows by paying attention to subtle changes in their foe’s body position.

Star Soldier – The standard for vertically scrolling shooters, Star Soldier is the original game that spawned all of the titles in the long-running Soldierseries. Go inside a floating space station inhabited by a giant computer known as Starbrain. Your mission: to stop Starbrain’s galactic invasion by piloting Caesar, a new compact space fighter, through 16 deadly stages.