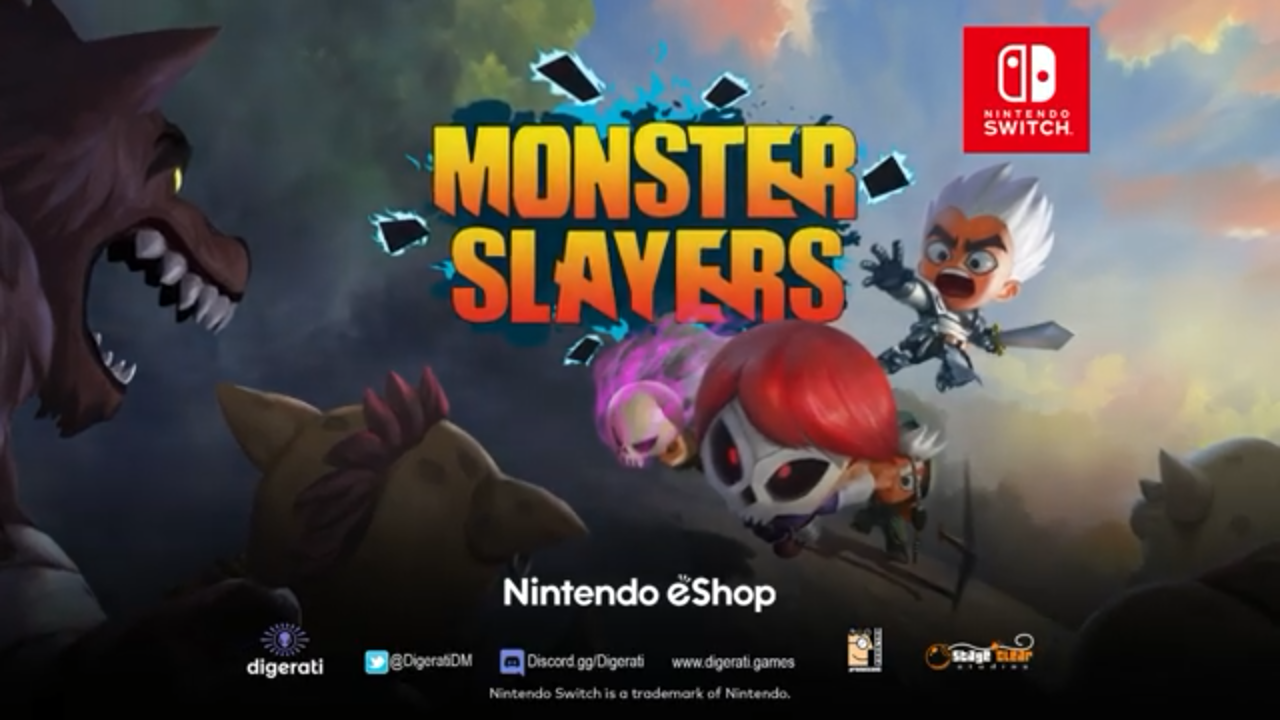 Monster Slayers Will Be Stacking The Cards On Switch In April

Indie Publisher Digerati have announced that the acclaimed card-battle game Monster Slayers is making its way through onto Nintendo Switch next month. The game will release on April 5th and a special 20% launch discount will be available for a short time.

We have the official announcement below along with a trailer for the game.

14 March 2019 – Indie publisher Digerati is delighted to announce that its popular deck-building battler Monster Slayers is coming soon to Nintendo Switch – the card-based rogue-like adventure will be available to download from the eShop from 5 April. There will be a 20% launch discount for a limited time.

Developed by Nerdook (Reverse Crawl, Vertical Drop Heroes), Monster Slayers has already enjoyed success on Steam, PS4, and Xbox One, proving itself to be a favorite among card game fans and newcomers alike. It’s also a hit with critics – the PC version boasts aMetacritic score of 86.

About the game
Monster Slayers is a rogue-like deck-building RPG adventure with an innovative card-based battle system that lets you customize a deck to suit your play style. Create a hero to join the Monster Slayers Guild and choose your path through the perilous Northern Valley as you follow your quest to defeat the legendary Harbinger and become a true Monster Slayer.