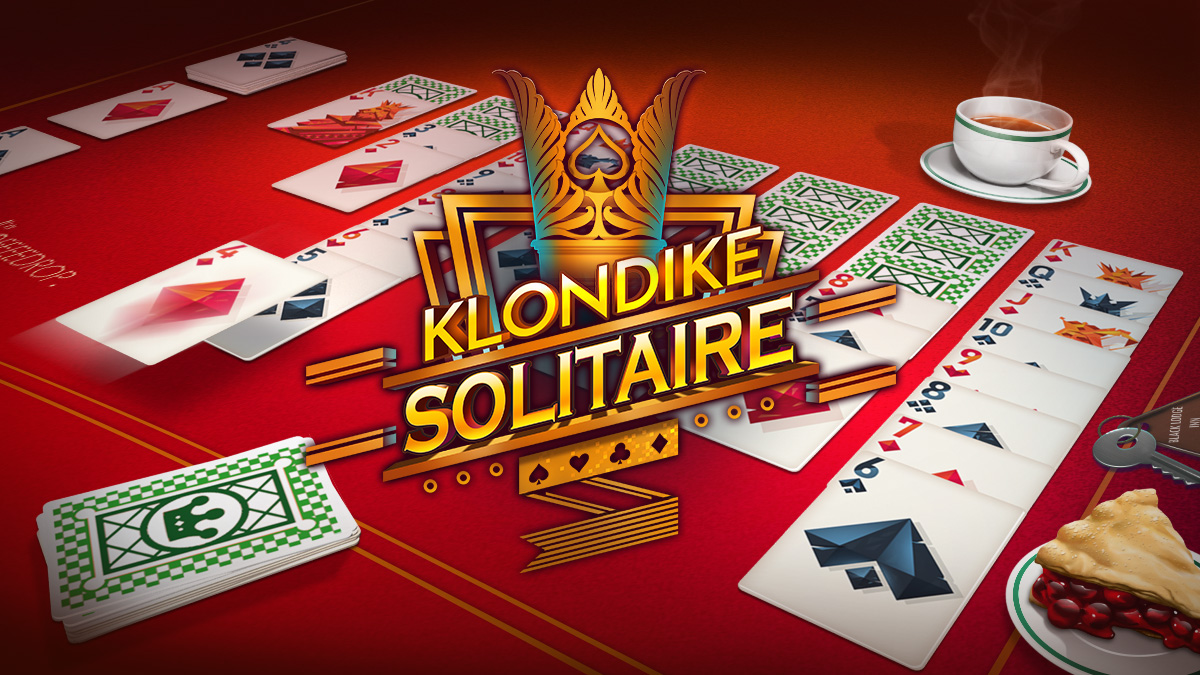 Video games are cool, be it platformers, action games, racing or beat ‘em ups. Sometimes though, you can’t beat a good old fashioned card game. One of my favourite go-to card games when I am on my own of course is, Klondike Solitaire.

Klondike Solitaire is a single player 52-card game that was named after the Klondike region in Canada, sometime during the Gold Rush back in the 19th century. It has many names ranging from Patience in the UK, Solitaire, Canfield or even just as Klondike in the US and Canada.

Whilst mainly typically played with a physical deck of cards, Klondike Solitaire has found itself as a stable on many computers including Windows 3.0 back in 1990. It has seen many digital iterations from online flash games to mobile apps.

This version of Klondike Solitaire by Baltoro Games is still very much like any ordinary game of Solitaire. You do have a wider assortment of options though. You can customize the front and back of the cards, the table surface that you are playing on and the kind of music you can listen to.

To clarify, there are 11 faces and 14 reverse faces for the cards that can be mixed and matched. There are also 15 Table Skins that can be used for the background. Then on top of that, there are 28 different music tracks to listen to. That is quite a lot of customization for a game that is just about flipping cards and combining them.

The catch to this is that not everything is available at once and has to be unlocked. You can unlock customization options by levelling up as you play. To level up of course, you will need to keep playing rounds of Solitaire and earn points via successful games.

To play Klondike Solitaire, you need to combine cards together in descending order and by alternating colours. King is the highest card and Ace is the lowest after two. Cards of the same colour cannot be combined, you can’t have two red cards or black cards on top of each other. It has to go red, black, red, etc. or black, red black, etc.

The board is separated into 3 parts. On the left-hand side, is where you must ultimately place your cards in ascending order with Ace first, followed by 2,3,4,5 etc. The four spaces are for each suit.

The central area is where you place cards on top of each other in descending order. Most of the cards are face down except the first top-most card in each column. (See image screenshots for a better idea).

There are seven columns in the central area and once a column is free of all cards, a King can be placed there freely. No other card can be placed in free spaces except the King. Other cards must be placed on the progressively higher card of the opposite colour.

The third area in the top right of the table is where the rest of the deck is kept. You can flip over the cards one at a time (or three at a time if you chose the option before beginning a game).

Once all cards are face up, in the central and/or left area, and with none remaining in the right area, the game will prompt you if you want to auto end. You have successfully finished the game and it just makes it easier to shuffle the cards over to the left-hand side without having to manually do it.

To move around the screen, choose, pick up and drop cards, you can either use the on-screen hand or a highlight cursor. I found the highlight cursor more to my liking. Not for any particular reason, it just highlighted the card that I want to pick up easier for my poor, ageing eyes.

There are two scoring options available as well, standard and Vegas, Vegas has you start off with 52 points and awards you with 5 points every time you get a card into the left area. Standard has you begin with zero points and will get a different amount of points depending on what card you move and where.

Those looking for a bit more challenge can choose to play by drawing a single card from the deck or three cards from the deck, with only the top facing card being available to use. This does call for more strategy as every the other two cards are buried by the top card until the top card can be removed.

You can move the cursor or hand around with the Left Joystick or Directional pad. Cards can be selected with the A Button and dropped with A Button as well. The B Button can also be used to drop cards back where they came from.

The R button draws cards from the deck. The Y Button allows players to undo a single move if they have made a mistake. You can use it as many times as you like but it will only undo one mistake in a row. So you can’t undo the last five turns for example.

Another fairly useful button is the hint button. By pressing X, you can see where you can move the currently highlighted card if there is another place for it to go. Unfortunately, it is not the best feature as it doesn’t tell you the immediate answer.

For example, If you have the Five of Hearts selected and the hint tells you that it can be placed in the left area on the Four of Hearts. That’s great but the Five of Hearts can’t be moved over because it has a Four of Clubs sitting on it as well as a Three of Diamonds, and never of them can be moved to another position making the hint next to useless.

As for the game’s visuals, they are very detailed and well presented. I remember playing Solitaire on PC when it had Windows 95 installed. That version pales in comparison to Klondike Solitaire on Nintendo Switch. The customization options help to give each game a more personal touch.

The detail on each of the cards from the suit to the pattern is faithfully recreated from actual physical card designs, which shows the dedication the developers put in to make the game as authentic as possible. To go any better would be to create every card physically themselves.

The music can be a little bit hit and miss depending on personal tastes. However, there is pretty much something for everyone from calming piano music to slightly more adventurous guitar music. All tracks can be previewed but only those that have been unlocked can be listened to in-game.

Klondike Solitaire is one of my favourite card games to play physically It enables me to just zone out and focus on the task at hand. It does have a number of issues in that not every game is winnable and has you reshuffling the cards and starting again. The same can be said for this game as well.

Not all games are winnable and there are a lot of variables, including which cards you put into play and whether you should put cards into play from the deck or wait until all possible moves are played out.

The unlock system is a bit long winded. It takes quite a while to unlock things and though the game is just on mode. I would have like customization features to be a bit more accessible. Instead of levelling up,

Klondike Solitaire by Baltoro Games is ideal for players that still enjoy the more traditional types of games. It is simple yet elegant and there is not an explosion or a princess to be saved in sight.

The music is relaxing, the gameplay is easy to learn and can be made more challenging by opting to play with a three card draw instead of just one. It might set you back $8.99 but at least you won’t have to choose between your Switch and a deck of cards, next time you go on holiday.