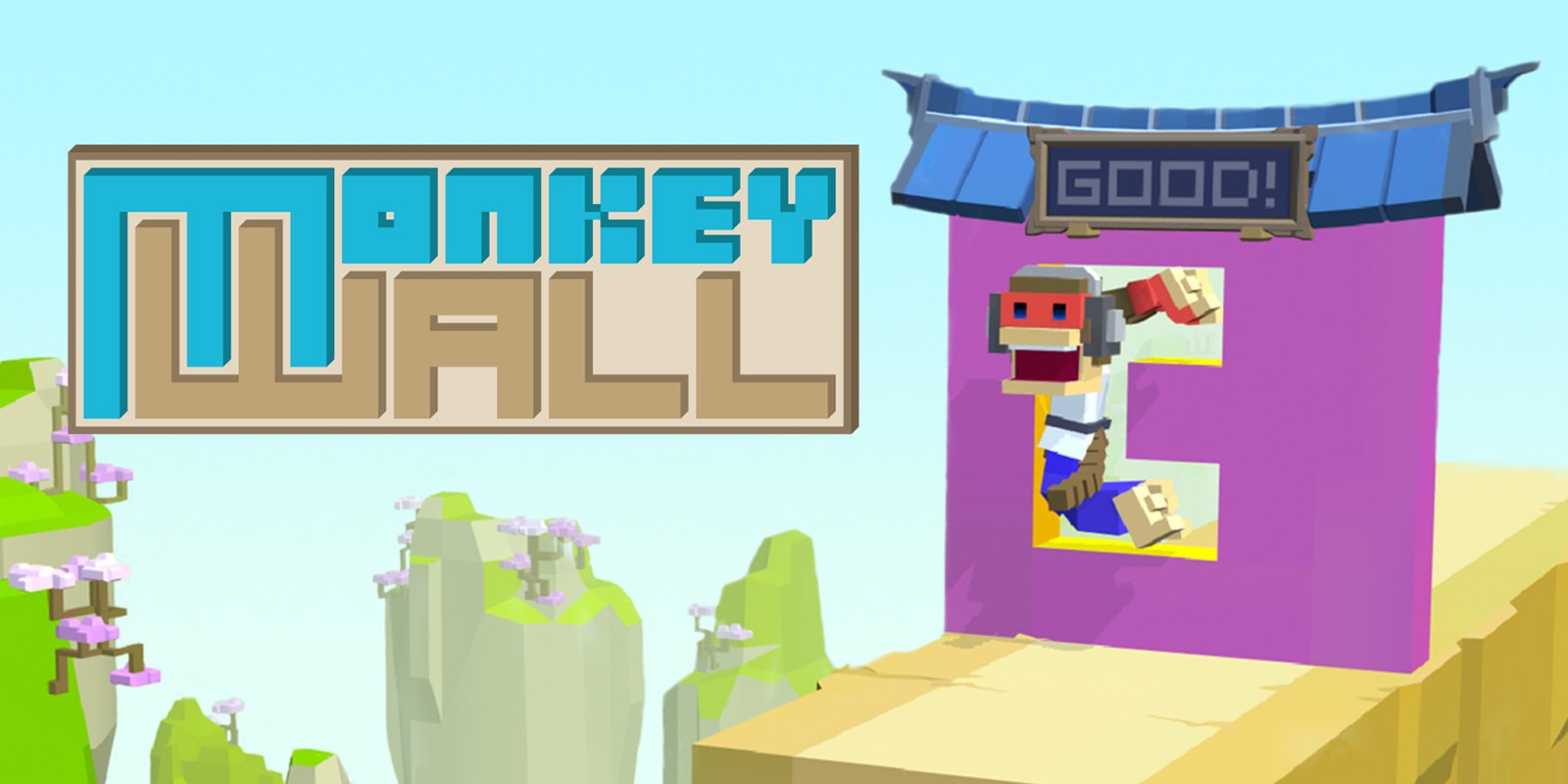 Game Attack might not be a big-game developer, and taking a closer look at their catalogue will have you know that they specialize in smaller games for smartphones, but regardless of what you would expect from a game priced at $4.99 on the Nintendo US eShop, Monkey Wall is a fun little experience at a budget price from this Kyoto-based developer.

Previously available for smartphones, Monkey Wall is a rhythm-based puzzle game where you play as a monkey, and your goal is to fill in the missing puzzle pieces in the wall so the monkey can get through the wall. Take too long and failure means starting the level over.

The game’s difficulty increases gradually as you play the game. Puzzles are easy at first, having you fill only one or two missing pieces for your character to reach the next level, but the game becomes more punishing the more you advance, and during later stages, it will require upwards of three to four pieces to complete.

In some cases, you will encounter puzzles that would alternate between two puzzles you can only build one of the two but one of them will be wrong.  It might sound easy, but mixing the puzzles while jamming to the rhythm can become a hard endeavor.

Monkey Wall features a cast of four different characters. Each of the characters has a specific level for each of their seasons. You can choose between Monkee (Sprint), Heehee (Summer), Kuu (Fall), and Lee (Winter).

They all have three different types of outfits you can choose from when playing with either of them. Sadly aside from this, there is nothing much that would really differentiate them from one another aside from their basic design.

If you are strictly a “docked” player, then Monkey Wall isn’t for you, as the game requires you to play it in handheld mode. This isn’t surprising since the original game came out for smartphones and the Nintendo Switch already feature touch controls on the screen.

Regardless of the unavailability of dock mode, we knew that the Nintendo Switch would have certain games exclusive to one play mode and Monkey Wall feels just right being played in handheld mode.

The game’s graphics won’t set the world on fire, but they are pretty decent considering this is a port of a smartphone game. I do enjoy the 3D block style aspect of the game, although I feel they could have expanded on the visual’s themselves now that they had a more powerful console to play with.

Although the environment is not essential to the game, it just feels static and sometimes dull while playing. Weather effects like lightning, rain, or snow could have made the game more visually pleasing.

I enjoyed the soundtrack, but it really is only one song. There is no variety to the music, regardless of what character you are using, or what stage you find yourself in. Perhaps this is something that could be addressed in the future  if a sequel ever gets made, but what you see is what you get with this entry.

Monkey Wall offers a tremendous rhythm-puzzle game experience, but unfortunately it lacks a lot of aspects that can hopefully change in the future. The potential is there, but it needs a console-specific release so that Game Attack can pursue a more ambitious and robust title. Handheld mode was enjoyable and responsible, but I wish we were allowed to play the game utilizing other controller types. Either way, I still enjoyed my time with Monkey Wall nonetheless.