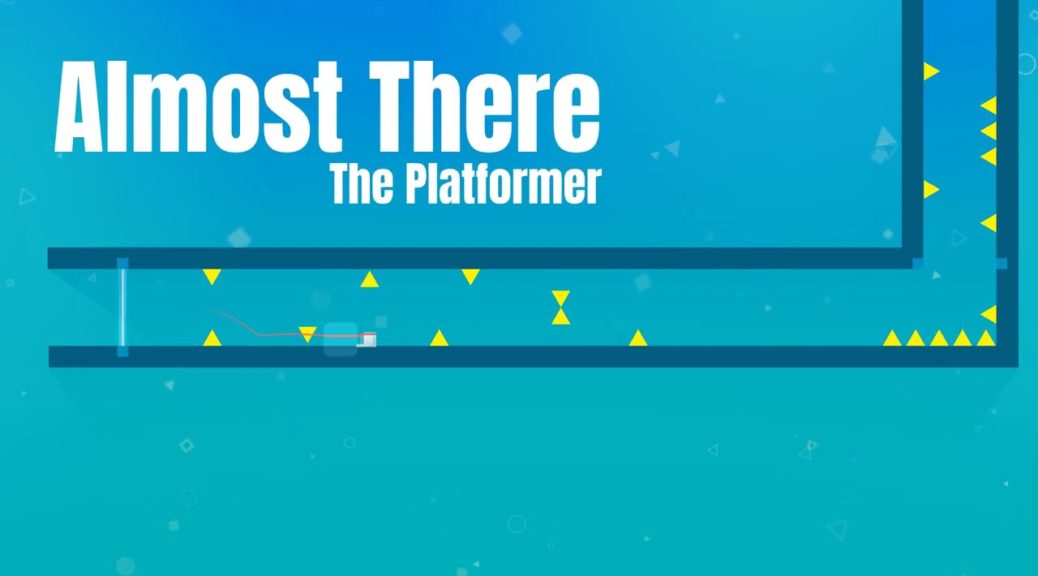 Almost There: The Platformer Releasing On Switch On February 21st

A seriously challenging platformer that would put some of the courses in Super Mario Maker to shame is coming to the Nintendo Switch. Releasing on February 21st, Almost There: The Platformer will be bringing challenging players with unforgiving obstacles that will really test your platforming skills.

We have the official announcement below along with a trailer for Almost There: The Platformer.

Announcing ‘Almost There: The Platformer’, a new game from the publisher of ‘The Bridge’ and ‘Tumblestone’

The Quantum Astrophysicists Guild, creator of the award-winning titles ‘The Bridge’ and ‘Tumblestone’, is announcing their first third-party title. Later this month QAG is publishing ‘Almost There: The Platformer’, an unforgiving, dexterity-heavy platformer. Drawing influences from N++, Super Meat Boy, and The Impossible Game, ‘Almost There’ sets itself apart with a fresh take on the platformer-running mechanic, with unique level design and a minimalist aesthetic.

‘Almost There’ is releasing internationally on February 19, 2019 to Steam, Xbox One, and PlayStation 4, and to Nintendo Switch two days later. The price will be $9.99 USD. Notably, ‘Almost There’ is the first console game to ever release from Bangladesh.

Sprint between saw blades while dodging homing missiles. Duck under lasers while the floor crumbles beneath you. Almost There was designed specifically for fans of the hardcore platforming genre – you’ve been warned.

– Hours and Hours of Gameplay: With over 150 stages and timed challenges, Almost There will kill you thousands of times.

– Spikes, Saws, Lasers, Missiles, Oh My!: Everything in Almost There is designed to kill you. Enjoy.

About The Quantum Astrophysicists Guild:

The Quantum Astrophysicists Guild was created in 2011 by Forbes 30 Under 30 inductee Ty Taylor. QAG’s first game, ‘The Bridge’, was released in 2013 to major critical acclaim, being featured in numerous game competitions and festivals around the world, including the PAX 10, IGF, the Indie Game Challenge, Unity Awards, and many more. QAG’s second title, ‘Tumblestone’, was released in 2016 with a Metacritic score of 91, and was also a winner of the PAX 10, Intel Level Up competition, and more. Each of QAG’s games to date has over 2M downloads across all platforms. In 2019, QAG announced that it will be publishing third-party indie titles, leading with ‘Almost There: The Platformer’, which is launching on February 19, 2019.