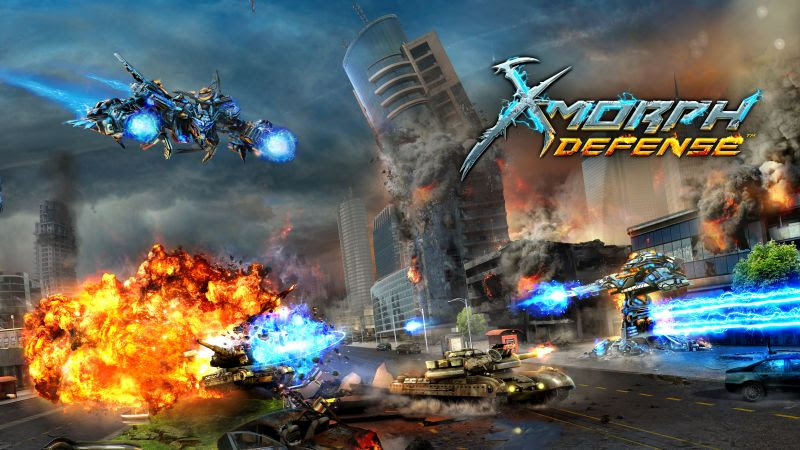 Sometimes, saving the world can be a daunting and thankless task. If you fancy a change of pace, you will soon be able take a different role in videogame land and wipe out the human race instead! X-Morph: Defense is a Top-down aerial combat / Tower defense game where you must halt the opposing forces by constructing powerful towers, destroying buildings to block paths or collapse bridges in ambush. X-Morph: Defense will release on Nintendo Switch on February 1st.

We have the official press release and a trailer for the game below.

Get ready to take the role of an alien species and conquer Earth in the upcoming Switch game from EXOR Studios. X-Morph: Defense will launch on Nintendo’s platform on February 21st.

Great news for all those who have the latest Nintendo console and for once would like to switch roles from being A Chosen One on a quest to save humanity, to being a highly intelligent representative of an Alien race – one with advanced technology at their disposal and a sole goal in mind: to invade and conquer the Earth. Feel what it’s like to oppose humankind and take over the entire planet as an alien species, hungry for human domination. Plunder resources, build mazes for incoming enemies, tear down buildings and collapse bridges to support your defense or to simply indulge in the spectacle of unprecedented, high detailed destruction. Amass a range of unique alien weapons and use defense strategies like you’ve never seen before in this genre.
https://www.youtube.com/watch?v=Iohqdnl8lIs&feature=youtu.be
An unidentified object crashes into the surface of Earth, in South Africa. Rapid response units are immediately sent to the scene to investigate. This might be the first contact with an alien life form, after all. Upon arrival, all the human vehicles are obliterated by the aliens. Their base expands, covering the Earth with a strange, metallic substance. Your consciousness is transferred to the very core that has just landed on Earth. The mission – harness all the energy on the planet. Protect the core. Destroy all opposition.
X-MORPH: DEFENSE – MAIN FEATURES:
•    Dynamic system for destroying buildings. Every building in the game can be destroyed piece by piece, while realistic physics simulation makes every destruction scenario unique;
•    28 different enemy types, both ground and airborne;
•  The Main Campaign offers close to twenty hours of adrenaline-powered gameplay, supported by three extensive DLCs;
•    Epic duels with challenging bosses;
•    10-level Survival Mode campaign;
•    Numerous types of weapons, towers and upgrades that affect the strategic depth of the game;
•    Completely destructible environment and unique tower defense mechanics that create endless gameplay possibilities;
•    All-star voice cast – including Michael McConnohie, Natalie Roers, Ryan Laughton and Tori Kamal;
•    13 language versions available.