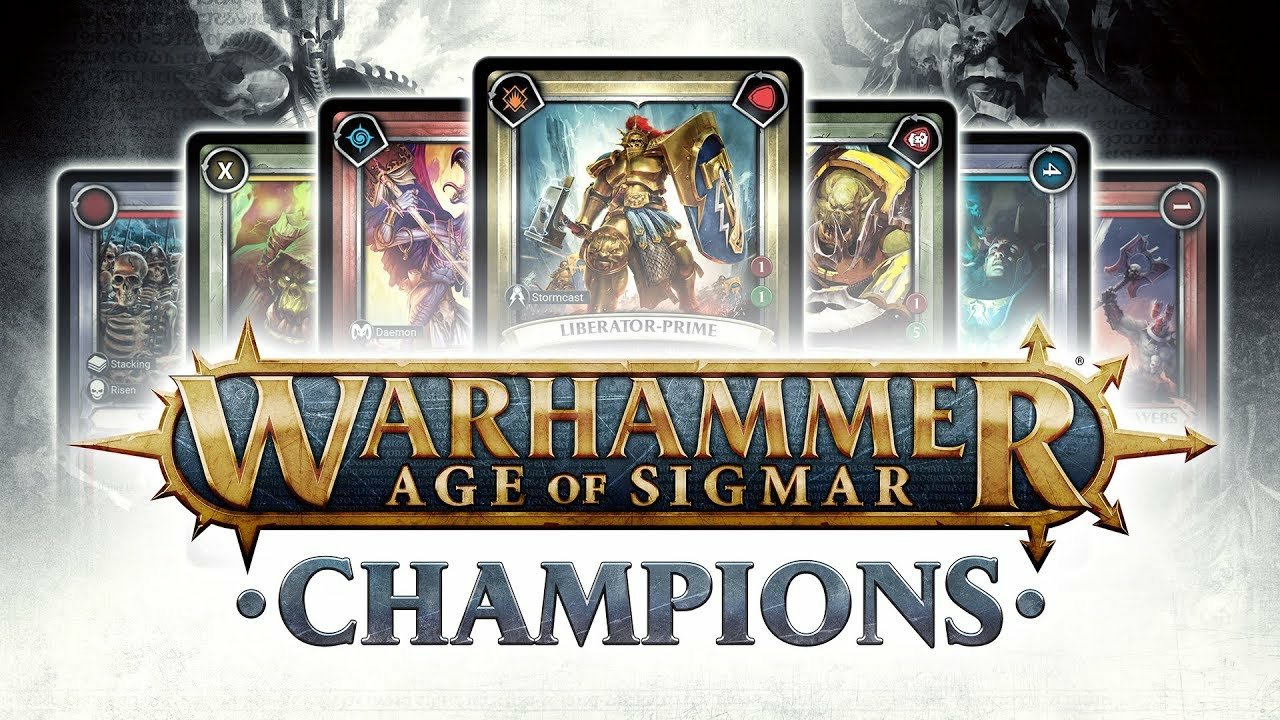 2019 is certainly the year for interactive card games on Nintendo Switch. FDG is bringing Steamworld Quest, Bandai Namco is bringing Super Dragon Ball Heroes and now PlayFusion and Games Workshop are bringing Warhammer Age Of Sigmar: Champions to the console as well. The game will launch on Steam and PC sometime in February. The Switch version is slated for Q1 2019.

We have the official press release for Warhammer Age Of Sigmar: Champions below.

PLAYFUSION – TO ARMS! WARHAMMER AGE OF SIGMAR: CHAMPIONS IS HEADING TO NINTENDO SWITCH AND STEAM!

Cambridge, England – January 29th, 2018 – PlayFusion and Games Workshop have forged an alliance to bring the hugely successful trading card game; Warhammer Age of Sigmar: Champions to both Nintendo Switch and Steam PC/Mac. With the rampant success of the physical and digital game, with 20,000,000 physical cards sold and over 1,000,000 digital matches played, the Mortal Realms are teeming with Champions to challenge.

Warhammer Age of Sigmar: Champions is a modern collectible card game that presents a connect play experience; by blending physical and digital card collections, players can scan physical cards into your collection to claim them and take them to conquer the battlefield.

Take the custom crafted decks from one of the four Grand Alliances and challenge friend or foe across the world, and across platforms! Pick up a Nintendo Switch, grab a mouse and take battle-ready decks and battle opponents on all playable devices.
“The team are utterly thrilled with the opportunity to bring Warhammer Champions to new audiences and new platforms,” said Mark Gerhard, CEO and Co-Founder of PlayFusion. “The response for the physical and digital game has already been incredible, and we just can’t wait to watch that grow to new heights. With the release of our Set 2 cards in Onslaught, and a whole heap of new features we have planned, there’s always going to be something new to try. And now, there will be a much bigger community to try with!”

New owners will be able to temper their skills in the fires of war immediately, and with new content and cards being added regular, the time to enter the crucible of Warhammer Champions is now. Learn the crafts of war in the robust tutorial, then be ready to test skills against AI or other players in Casual mode, AI challenges, and full narrative campaigns. For the truest test, take on the challenge of Ranked matches for huge rewards and to reach the highest rank possible each season!
The banners of war will be raised when Warhammer Age of Sigmar: Champions comes to Steam in February and Nintendo Switch later in Q1. To prepare, players can begin harnessing the forces of the four Grand Alliances right now on their mobile phones and tablets. Be sure to visitwww.warhammerchampions.com to learn more.