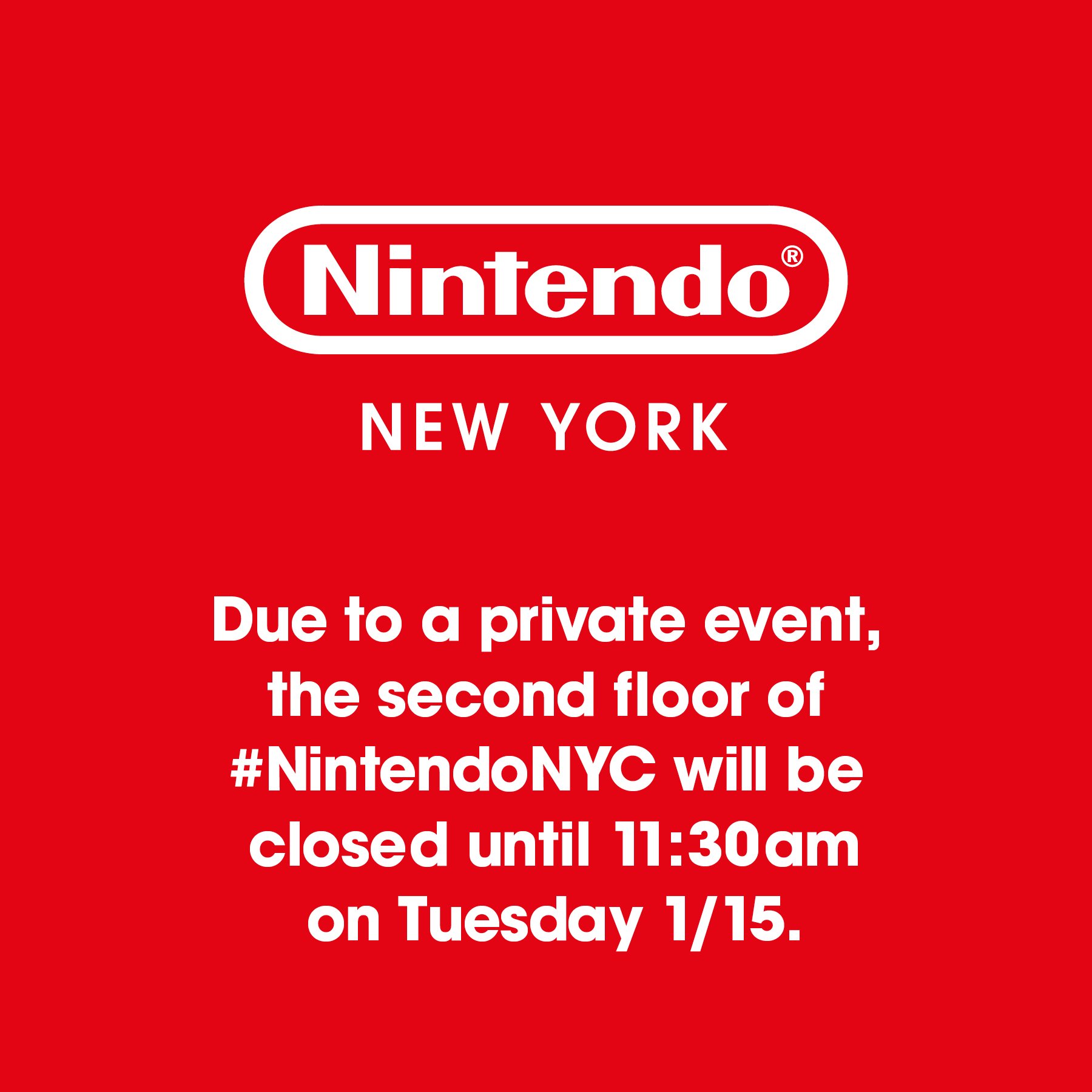 The official Twitter account for Nintendo New York (aka Nintendo Store) has posted a tweet announcing that a private event will be held at the store. The event will take place on the second floor of the building but nothing has been said as to what can be expected at the event.

Though the sheer thought of a private event is enough to get tongues wagging about a possible Direct, it is most likely a closed doors presentation of upcoming games like Yoshi’s Crafted World, Travis Strikes Again or Kirby’s Extra Epic Yarn.

I am sure we will hear more about the event closer to the date.