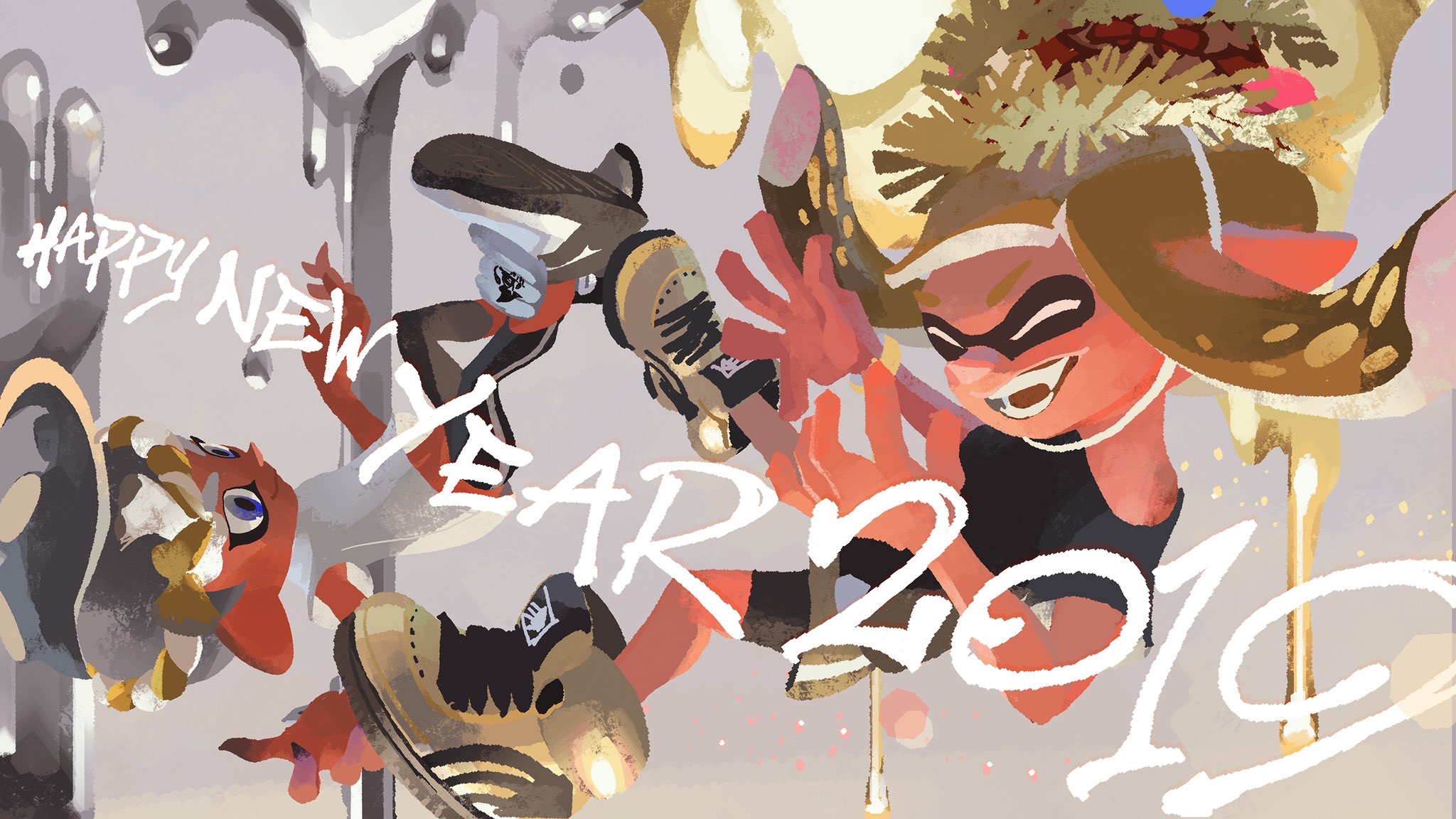 January 1, 2019 2:15 am Published by Switch Nindies Leave your thoughts

While it’s 2019 now in Kyoto, Japan where Nintendo is based, various game franchises from Nintendo have decided to help ring in the New Year with some celebratory artwork. So far, we’ve gotten artwork from Kirby, Splatoon, Xenoblade, and Fire Emblem Heroes and they can be seen below.