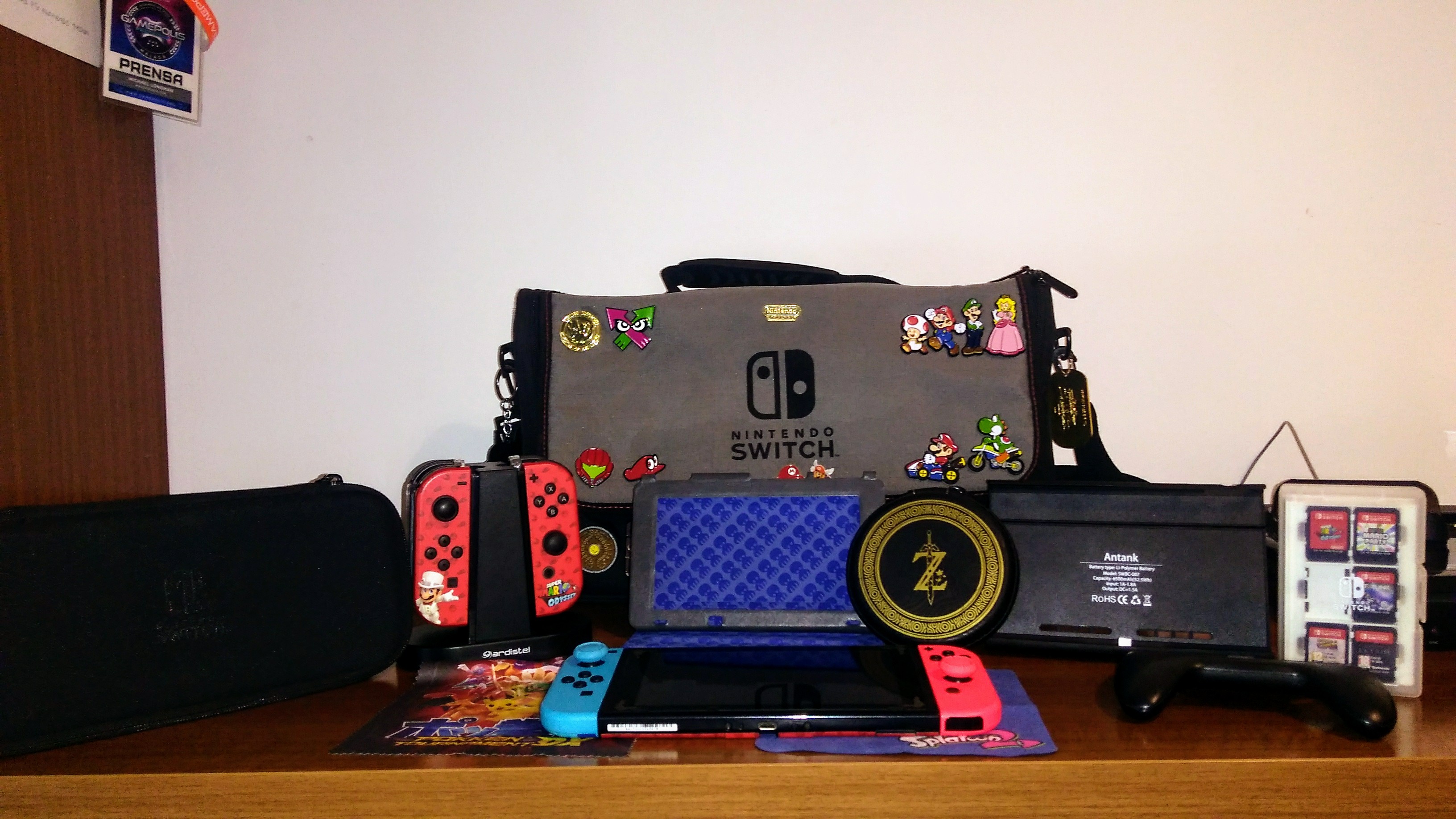 Wahey! You have got your hands on the Nintendo Switch. Pat yourself on the back and give whoever gave you the Switch a big hug. So, now that you have a Switch, what do you do with it next? Well, first you have to get it set-up before you can actually start playing games on it. Not to worry though, as the process is quite straightforward and you will be playing games in no time. However, just what games should you get to play on Switch? What about keeping it safe from knocks and scratches? Allow us to help you with that with our newcomer’s guide to the Nintendo Switch.

Okay, so first and foremost, the Switch was designed to play games on so let’s talk games. In less than 2 years, the Switch has got its main Super Mario, Legend of Zelda, Kirby and even a Super Smash Bros title. Aside from that, it has had a constant stream of indie games flooding the Nintendo eShop and strong 3rd Party support. Ubisoft, SEGA, NIS, ATLUS, SNK, Hamster and Bethesda have embraced the hybrid console and each brought a good amount of their games over to the system. If there is a particular game you are interested in, be sure to check out our Reviews section or use the search bar above.

With over 1,000 games on the Switch already and many, many more on the way, there comes a point where you will have to pick and choose which games you prefer to have digitally or physically. Buying games physically can be more costly when they are not published by Nintendo. There seems to be a $10 mark up to help cover publishing costs so the developers don’t lose money selling at retail. The plus side is that you get a fancy box to keep your game in and a cartridge you can slide in and out of your console and doesn’t take a huge chunk of space out of the system memory.

Digital games on the other hand, can be much cheaper and be on discount from time to time. They don’t rely on a cart being inserted to play and are easily accessible, regardless of where you are. They do consume memory though and if you plan on owning most games digitally, you will want to invest in a Micro SD card. The Switch in-built memory is only 32gb but you will only have about 20gb to store games on. Game Saves can only be stored on the Switch system memory which takes up even more space. Buying a decent sized Micro SD Card is not essential but is highly recommended. A 200gb card will serve you well and can store a fair amount of games on it.

Most indie games are no more than 4gb, though some can be around 9-10gb. AAA games can be a lot meatier memory wise and can require up to 20gb or so to download. Depending on your price range, a 200gb card can cost you around $40. However, a 400gb Micro SD card is currently available for just under $90. If you want to buy most of your games digitally, you will want to think about getting a Micro SD card with enough space that you aren’t constantly swapping cards around.

You can’t have a new video game console without accessories now can you? Of course not! With so many accessories to choose from, let’s start off with a few essential accessories that you should consider picking up to keep your Switch safe and protected.

Firstly, you should get yourself a carry case for it. There are so many different models now that weren’t available when the Switch released back in March 2017. As easy as it is to be swayed by a carry case, simply because it has your favourite character on it, you must consider practicality. What do you want the case for? Ideally, it has to be robust enough that no knocks or drops are going to damage the Switch. Extra Features are a necessity too. A pocket to put extra Joy-Cons or Earphones into is handy.

Slots for game cartridges should also be considered. Gaming on the go shouldn’t restrict you to just the games you have downloaded onto your Switch. If you prefer physical games, you should get a case that has some slots that you can store some of your games with you. Breath of the Wild is an incredible game but what if you decide impromptu that you and your friends want to play Super Smash Bros. Ultimate? Oh? You left the cart at home? Shame.

A Screen Protector should also be considered so that it can keep your screen, smudge free from grubby fingers. Some games make use of the touch-screen controls. A simple wipe from a cloth won’t scratch the screen and if you do scuff up the screen protector, you can always change it for another one.

If you are going on a long trip and want to take the Switch with you, along with some of the accessories that you have accumulated, then a Carry Case Messenger Bag is definitely worth picking up. Most come with a protective carry case to store your Switch as well so you won’t need to buy one individually. The Messenger bag also comes with slots that you can put the Switch dock into, Pro controller or Joy-Con Grip. They normally have a zipper pocket on the back as well to store cables. This allows you to take the whole Switch array with you and can set it up on any TV. Like at your friend’s house for example.

The Switch in handheld mode has about 2-3 hours or battery life depending on which game you play. An external battery pack can extend the life of the console to at least double that. There are a number available and one particular model that I have, has dual kickstands and a slot in the top to store some extra game carts.

Joy-Con can be quite fiddly in average sized hands like that of a teenager or adult. For those that have yet to invest in a pro controller or even separate Joy-Con to play Multiplayer with a friend, there are accessories that can be bought to make the Joy-Con feel more like a standard controller. These Joy-Con grips for example, are easy to snap onto the Joy-Con whilst maintaining access to all the buttons. They come in pairs as well so you and a friend don’t have to fight over who gets one and who gets cramp. For games like Mario Kart 8 Deluxe, there is even a wheel accessory for those who like to use the motion controls.

Thank you for taking the time to read this guide. We hope it helps you find what accessories you should get for your Nintendo Switch. We highly recommend getting a protective carry case to keep your Switch safe and build on from there.