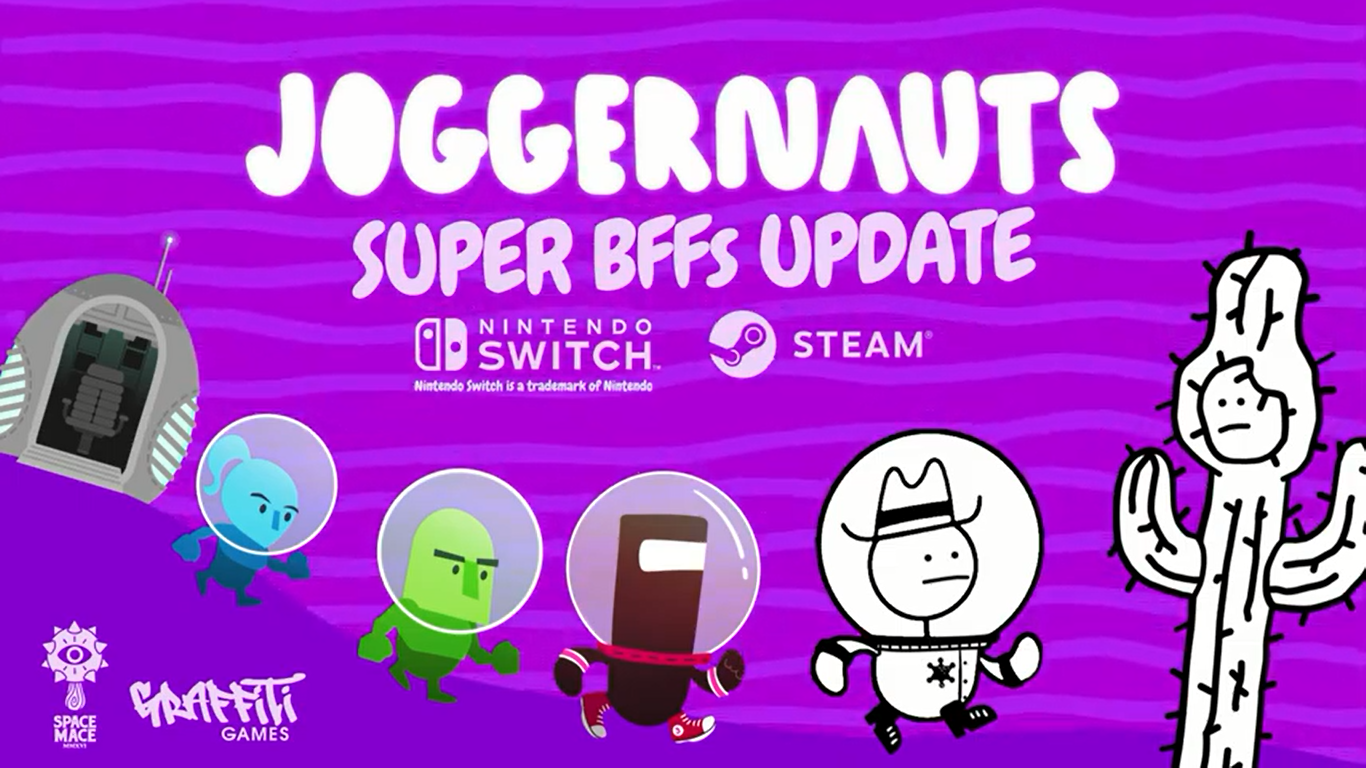 Joggernauts has received a new update today that bring new levels and characters to the game. The most important of course, is not that there are more characters to play with but who the characters are. Joining Joggernauts are some characters that are very familiar with runner games. Hue and Val from Runbow join the Joggernaut gang. CommanderVideo of BIT.TRIP Runner fame and Cowpokes from West Of Loathing are also coming along for the ride.

A trailer for the Joggernauts BFFs Update has been uploaded to the Grafitti Games YouTube Channelwhich we have included below along with a short overview of each new character.