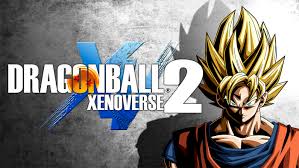 Bandai Namco have released a new trailer featuring the upcoming Extra Pack DLC 4 for Dragon Ball Xenoverse 2. The DLC will come with new characters including Broly from the latest Dragon Ball Super Movie.

The DLC will go live along with a new free update on December 19th. The free update will allow players to be the ‘Boss’ in 5 Vs 1 online battles. You can find out more about both the DLC and the update in the video below.