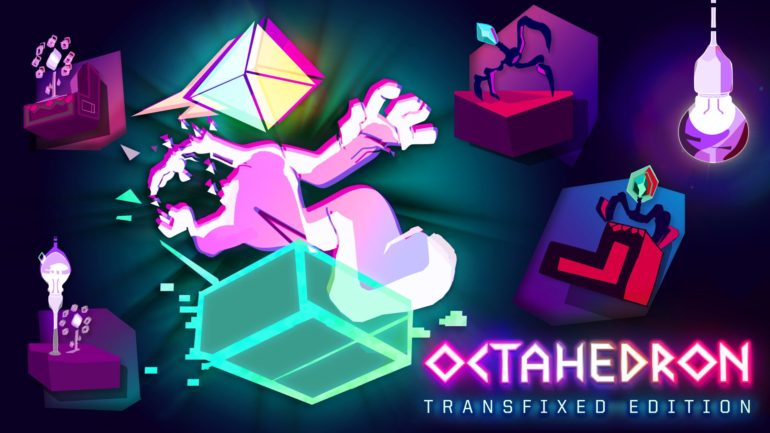 Square Enix have announced that their neon action platformer Octahedron: Transfixed Edition is coming to the Nintendo Switch. It will be available to pre-purchase from December 28th. A 25% discount will be available on the  until January 16th before the game’s release on Jan 17th. If you are interested in the game, you can pick it up for £9.99/$12.99/€12.99 (before discount).

We have an overview for the game along with a trailer:

Octahedron is a psychedelic neon action platformer in which the player defies gravity by pulling platforms from thin air, while surfing through its levels to a driving beat. The game’s soundtrack, a vibrant array of uplifting and atmospheric tunes, from chiptune trance over synthwave to progressive house, has been turning heads since its original release! It features music by Chipzel, André Sobota, Monomirror, and others. With subtly evolving rhythm elements, Octahedron encourages players to get into the flow of its hypnotizing beats.