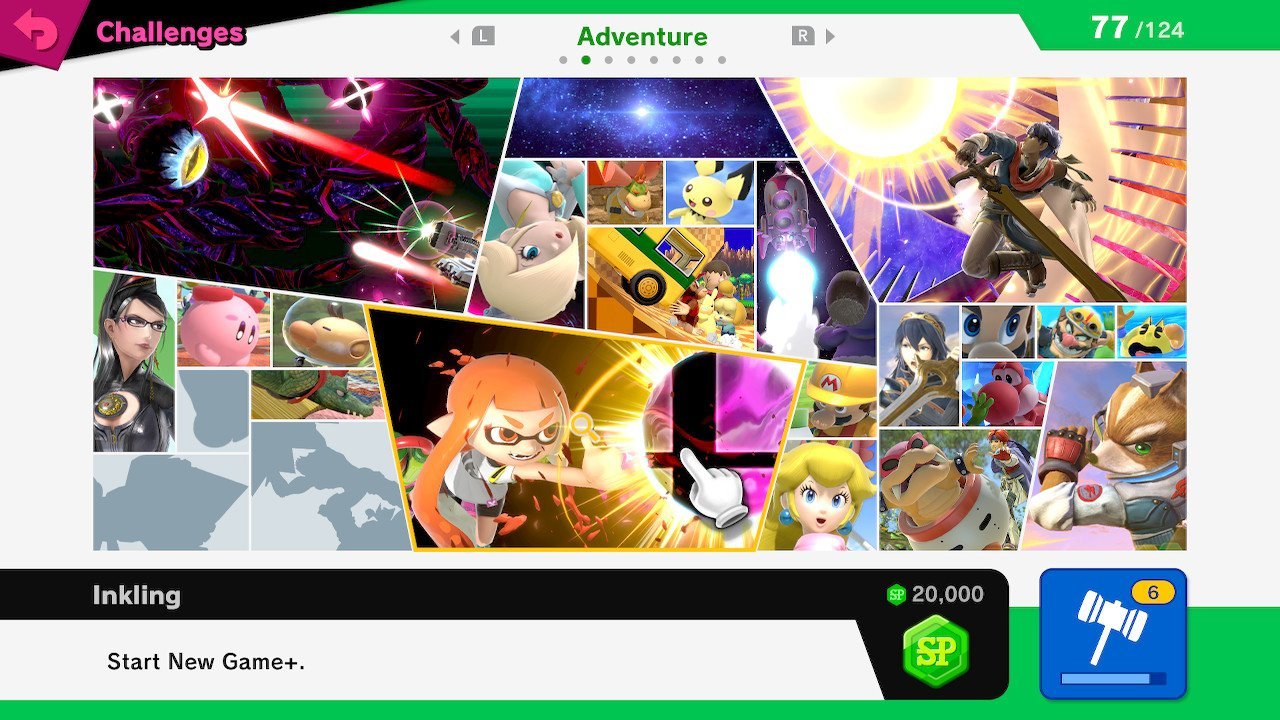 While the Spirits and World of Light might not be to everyone’s fancy, it’s certainly a huge aspect of Super Smash Bros. Ultimate that gives players plenty to do and many, many hours of gameplay to endure, but what happens when you reach the final conclusion to the World of Light saga?

Well, you’ll find yourself with a choice. You can either decide to 100% complete the mode by clearing every last stage, or you have the option of starting anew thanks to the option of a New Game+ and there are a few benefits to it.

Granted you will have to start over from the very beginning, it is only your progression through the entire campaign that is affected, as you will have access to every fighter you have unlocked during your first playthrough, you will also be able to keep your Skill Tree intact, so if you didn’t fill it out before, during your New Game+ playthrough, you can earn more Skill Spheres and carry on with learning the last of the Adventure Skills.

You’ll also be able to keep all the Activities you acquired, such as the Gym, the Dojo’s and the Shops, but they’re just the benefits the game tells you. What it doesn’t tell you, is that by plaything the whole thing all over again, you will be able to earn every Spirit available from Adventure Mode, thus giving you copies of them.

By obtaining copies, you can then dismiss for cores and use for summoning rare Spirits that you can’t get from World of Light. Lastly, you will be able to save the New Game+ on a separate file, so you won’t have to worry about it interfering with your first save file, which you beat the game on in the first place.

So yes, New Game+ is definitely handy, especially since starting a new playthrough is a requirement for one of the game’s 124 Challenges, which happen to award 20,000 Spirit Points.

For the purposes of a recap though, these are the benefits of a New Game+ playthrough:

As always, we hope you found this guide helpful and helps with your decision to give New Game+ a go!