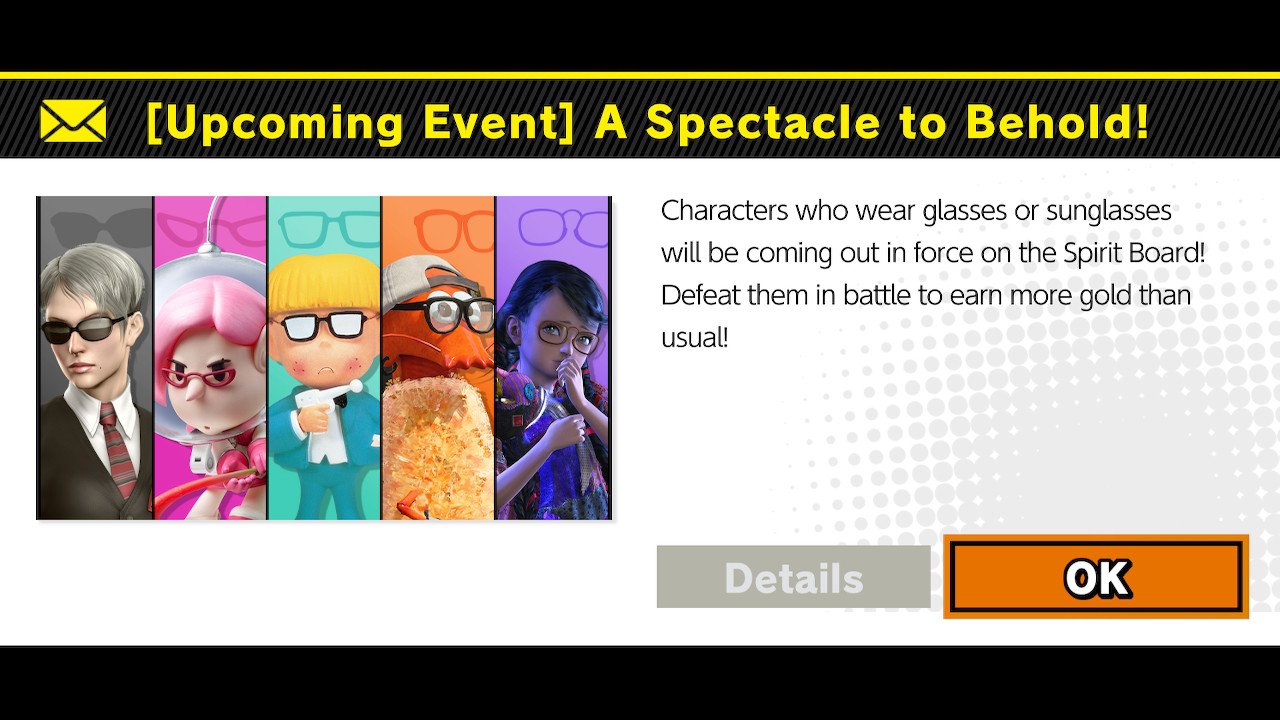 The first event has been announced for Super Smash Bros. Ultimate. Titled “A Spectacle to Behold,” the event will see characters who wear glasses or sunglasses appear more frequently on the Spirit Board!

During the time of the event, extra gold can also be earned for beating the spectacle wearing Spirits and there will be a Version 1.2.0 update out in the next 7 days.

Details in who the Spirits are, can be seen in an off-screen video here: