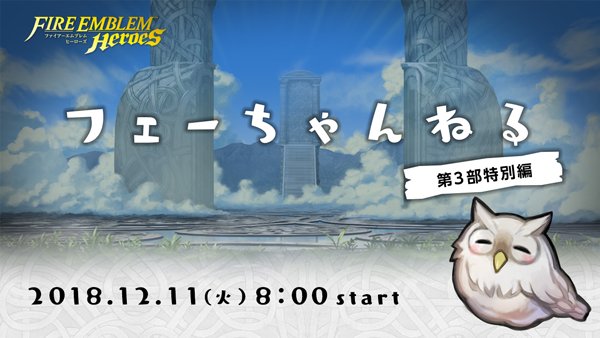 December 7, 2018 4:38 am Published by Jack Longman Leave your thoughts

In a new notification sent out, it has been revealed that Version 3.0.0 till release next week and that it comes just after a new instalment of the Feh Channel. Full details can be seen here:

For those of you not in Europe, the broadcast will take place on the following times and dates: