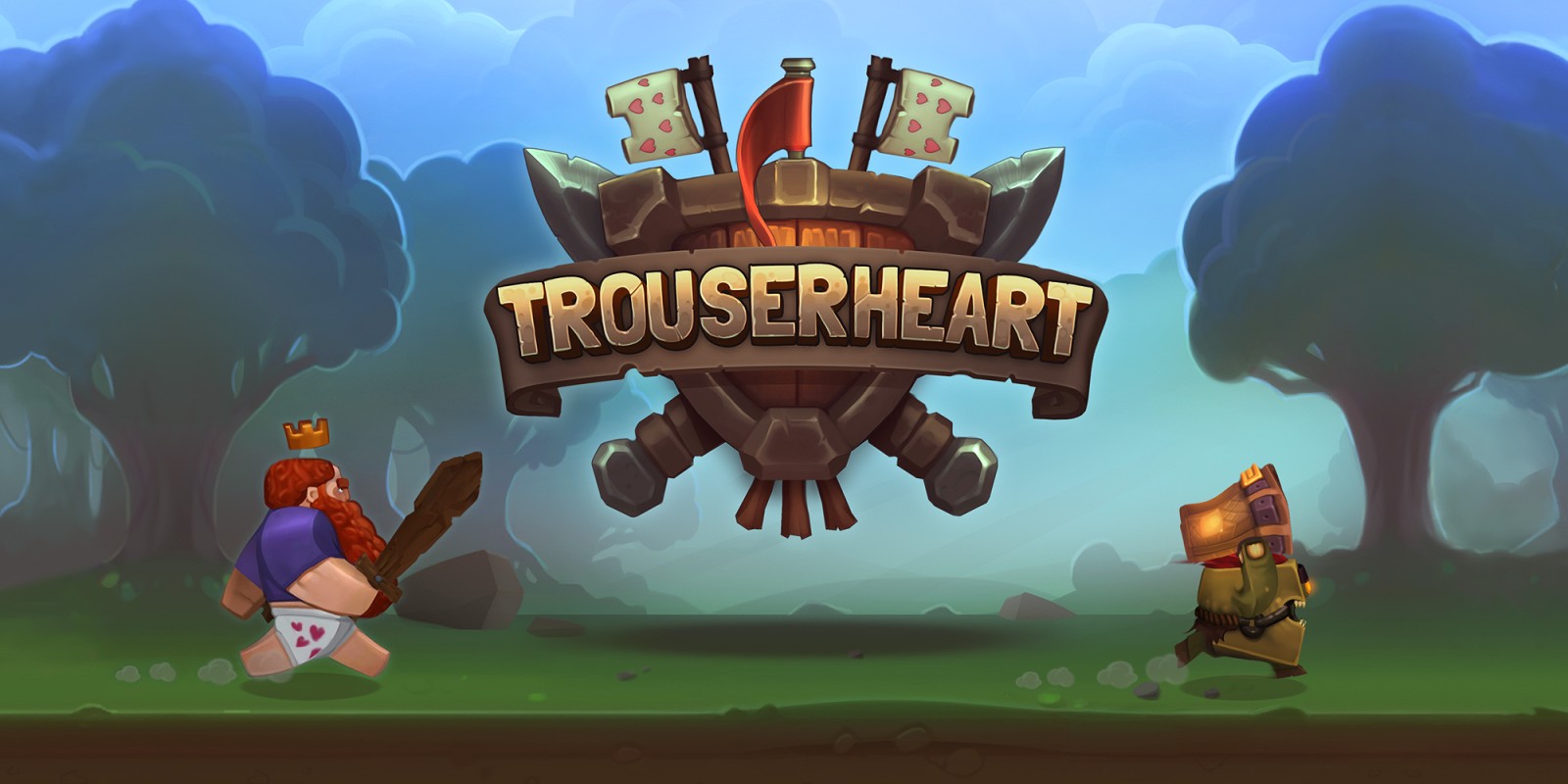 Trouserheart has promise, but will it turn out pants?

Trouserheart is a new hack-and-slash game that first debuted on mobile devices. Mobile ports have seen a massive influx on the Switch, as it appeals to a similar market, and while Trouserheart does have some interesting and unique mechanics, it just doesn’t feel different or risky enough to separate itself from the hundreds of other ports on the system.

Basically, Trouserheart is a one-button hack-and-slash dungeon crawler game and while some one-button games on the shop have a ton of originality and uniqueness to their gameplay that offers a lot of incentive to play and purchase, Trouserheart feels lacking. The game mostly consists of entering a dungeon and holding the A button when you see enemies to swing your sword.

The game does encourage upgrading as a massive mechanic, however. While dungeon-crawling, you’ll find gold by defeating enemies, breaking chests and blowing up gold spots, with this gold, at the end of a level, you can upgrade one of four skill trees, Weapon Damage, Block Chance, Health and Luck. While each playthrough can focus on upgrading one of these four or a mix of all four, it still doesn’t feel different enough to be work playing a second or third time.

There aren’t all that many levels, and I found myself completing the entire game within 1-2 hours. There are boss fights at the end of each environment, but they never got more complex than either hold A while letting the boss hit you or let the boss perform a slow, predictable move, then hold A until they’re dead.

The epic slap in the face was the final boss, it was slow, boring and all around extremely anticlimactic. I found myself getting bored playing after the first half hour, as it felt every level was a copy/paste of the last, just with stronger enemies.

While I found myself being able to mow through enemies extremely fast, some of the enemy design was quite varied and inspired. From small goblins that can steal your shield, crown and health, to creatures that steal treasure chests if you’re not fast enough to slay them.

Heck, there’s even a gelatinous cube, which is an obvious but clever reference to the DnD monster that steals your gold and multiplies when attacked; I found myself finding the actual design and attack patterns of the monsters really interesting and creative – it’s just a shame you hardly see them for more than five seconds.

There is a Permadeath mode in Trouserheart that changes the game to reset upon death, while this does seem cruel yet interesting, I never found myself dying (or even getting close) in my normal playthrough, and so Permadeath just felt kind of pointless to play.

I found myself just playing the game like normal with no extra content or no varied gameplay, it’s a shame because Permadeath could have been the mode that added some more difficulty to the very simplistic and basic game.

Overall, Trouserheart is a short game, and while the concept seems like it could accomplish a lot and be a really interesting and unique dungeon-crawler for mobile devices, I never found myself wanting to come back to it once completing it.

Its gameplay is just way too basic and depth-lacking that I found myself getting bored after the first few levels, and while the upgrade system, enemy design and permadeath are interesting and have hope, the way they are executed just don’t feel varied enough, and therefore left me feeling extremely unsatisfied and bored at the end of the day.

In short, if you are looking for a mobile port that will keep you entertained for just over an hour that is filled with repetitiveness and mind-numbing gameplay, then Trouserheart is for you. If not, there are plenty of other games available from the eShop.