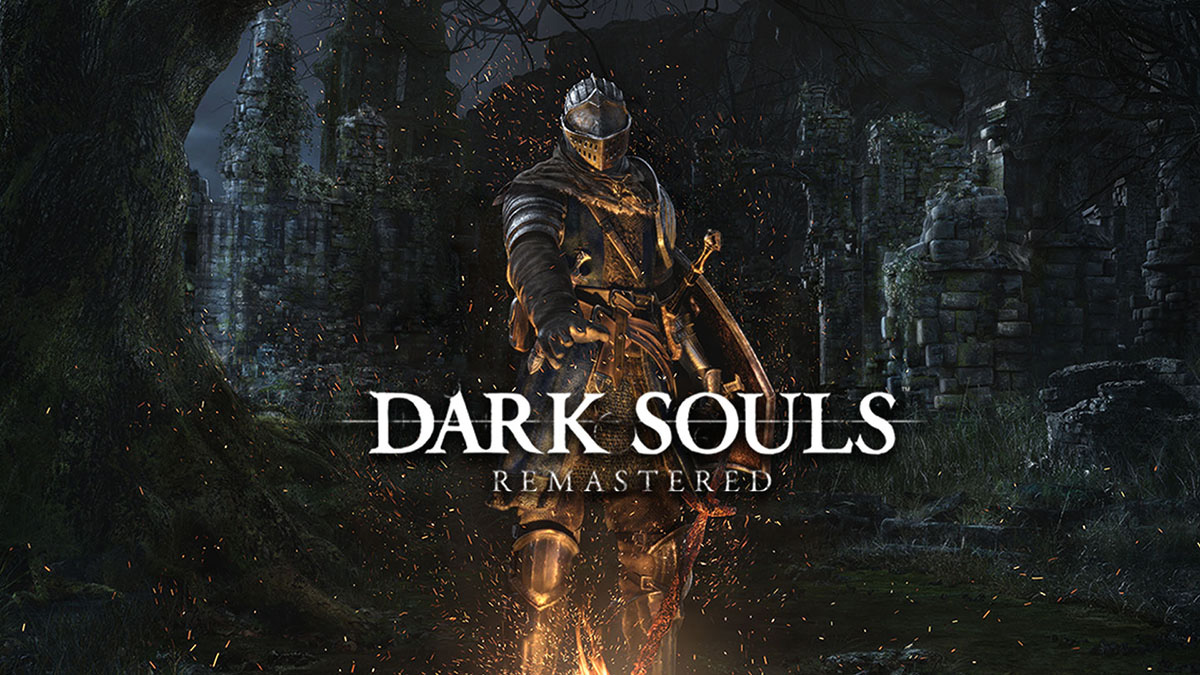 Hidetaka Miyazaki is not afraid of creating video games that will break you. This started with his King’s Field series and later manifested in the under-appreciated Demon’s Souls. His big breakthrough though, came with the iconic From Software title Dark Souls, and from there the Souls-like/Souls-borne genre was cemented in the video game history books. Now, Nintendo Switch players can get in on the action with Dark Souls Remastered coming to the console and is the first time Nintendo players can enjoy this masterpiece.

Dark Souls Remastered came out earlier on all next-gen platforms and is a rebirth of the third-person action RPG even spawning a new type of sub-genre as stated before. The emphasis on making very encounter matter and being able to take on hulking monstrosity bosses is the Souls series calling card and Dark Souls Remastered is where all the systems first came through. Its main gimmick is centered around death and continuously coming back to conquer your fears and retrieve the souls you lose after every death.

There is not much in terms of story to Dark Souls, as you play as a hollowed warrior freed from a cage you were locked in and then commence a pilgrimage to either put out the flame or take Lord Gwyn’s place as the firekeeper. You will be traversing various landscapes and many death-defying situations in order to complete your task and not become permanently hollowed. There are many cryptic elements to the narrative and you’re only given mainly NPC reactions to flesh out some of the more nuanced narrative threads.

Where Dark Souls Remastered truly shines though, is with the worlds expansive lore. Many items have in-depth descriptions that flesh out the world and characters who have expansive backstories. What I really appreciated about the world was how interconnected it actually is. When in the central hub area, there are multiple paths you can take and the game perfectly funnels you to where you should be going, but also allows for explorations. While all these free-form elements make the story take a backseat, Dark Souls makes it work because it is all about the adventure and creating your own path through this treacherous and brutal world.

Dark Souls Remastered is a spectacle to behold, and the presentation and gameplay are executed to near perfection. Each area felt very different from the last and it makes the feat of having all these areas interconnected in some way that much more impressive. If there is a door you can’t open, you can rest assured that at some point you will be coming back, and even more impressive is that you will most likely remember where to get back to it.

So many other RPG’s are feature expansive worlds, but not enough in terms of details or world-building elements to make them memorable. Dark Souls Remastered is absolutely beautiful to behold and while this Remastered version is not in the 4K rendering of the PS4/Xbox One versions, it still runs surprisingly smooth and features great graphical effects. Lush forests, forgotten ruins, fire-spewing altars, and many other areas are stunning. It has long been documented that Miyazaki-san did not have enough time to finish some of the later areas, but I did not feel this detracted from the overall experience.

I’ve always loved the combat of the Souls series, and Dark Souls was where I felt it really shined. Every swing of your sword or every spell cast has some gravitas to each motion with parrying and combat in general feeling very satisfying. Any enemy is able to kill you in Dark Souls and every fight could be your last if you’re not careful. Each enemy must be dealt with in a meticulous manner and learning how and where traps activate is also crucial.

Controlling your character may feel stiff and slow at first, but is something that works well within the confines of the gameplay structure. You can’t dash and jump across the screen at will and this helps make for a more engaging gameplay with two weapons or a shield in hand to defeat your enemies. Estus Flasks are your main source of healing in this world and allows for some experimentation with taking risks when you have a healing source that can be refilled at bonfires. At first, it may feel like all you can do is block, attack, and counter, but further in you’ll learn there are many other ways to defeat your enemies with learning to back stab or timing your dodge rolls for easier attack patterns.

When initially starting a character, you will have a great deal of control over how your character grows. You do make a starting choice of one of ten different classes, but these are more akin to starting packages than restrictive long-term class choices. It’s basically what weapons and armor you start with, as well as what stat points are allocated.

As you play all the enemies you defeat will drop souls, which acts as the main currency for everything. You can use them to increase your stats, buy weapons or armor, upgrade equipment, and to even learn spells. That’s why when you die it is imperative to retrieve those lost souls because if you die again before retrieving them they are lost forever. All the items and equipment you collect can be switched out depending on certain situations and it’s this freedom of customizability that makes Dark Souls Remastered special.

What the gameplay really comes down to is learning to adapt and that comes in the form of learning enemy patterns and what equipment and spells you bring along. Certain enemies and boss fights can vary greatly in difficulty depending on how prepared you are. Having access to a certain elemental spell or types of equipment can make all the difference in many situations. Attacking and dodging will always remain the same, but learning your enemies’ tendencies and stage perils are essential for succeeding in Dark Souls.

One main draw of Dark Souls Remastered is its ever online components with an active community, and thankfully this worked much better post-launch on the Nintendo Switch. Players can leave messages for others to read that can warn about traps, enemies, or point towards secret passages. You can also call upon other players or NPC’s to help you against certain bosses which is basically an ‘Easier’ mode of sorts, although Dark Souls is never truly easy.

That nothing is explained while on your journey can be seen as a positive or negative. You just need to realize there is no A to B solution, you have the freedom to stay in the same area and level up, stay on the main path, or explore to your heart’s content. I found it refreshing that there were no tutorials for any gameplay or hand-holding for certain bosses, but some core mechanics are not explained well enough and it would have been nice to have the option to learn so.

I was pleased with how well Dark Souls Remastered ran on the Switch at a steady 30fps in docked or handheld and looked stunning with crisp textures and radiant sunbeams shining down on the environments. Combat was smooth and everything you would expect from previous iterations remained intact for the Switch. I wish there was an option to switch the button layouts as I could not get used to not having the A button to confirm, but it was a minor gripe nonetheless.