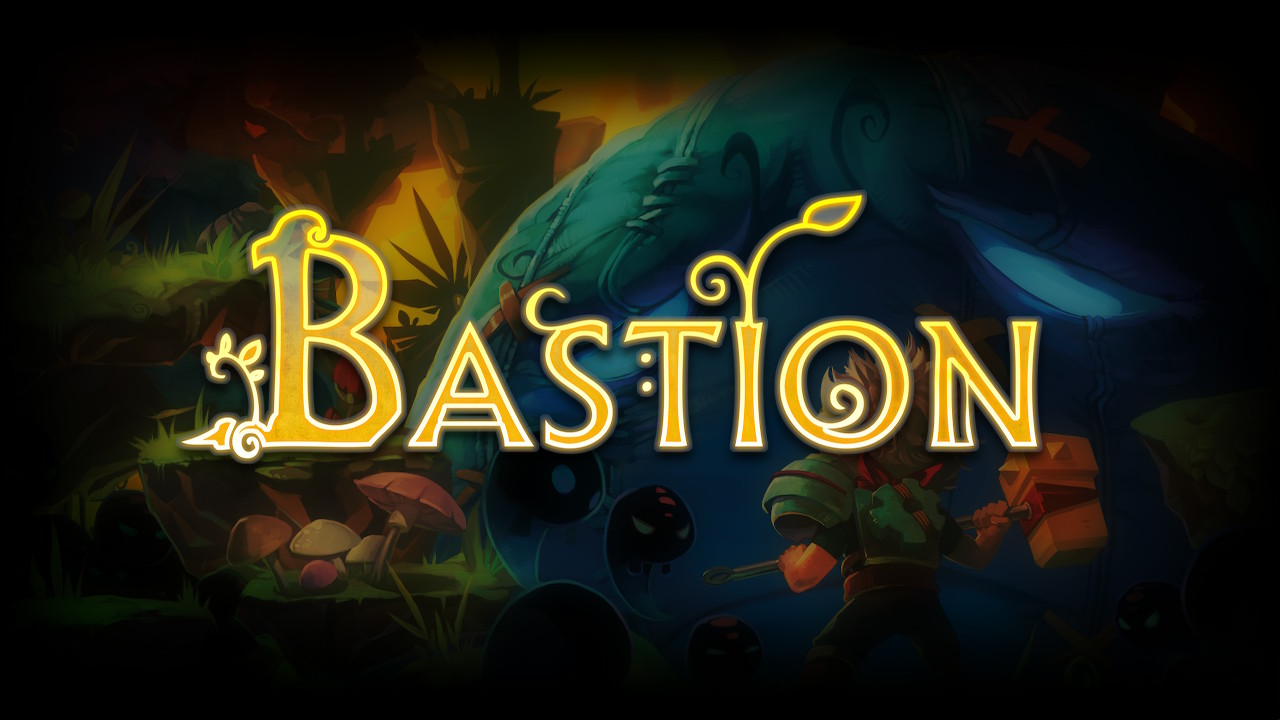 It’s hard to believe that Supergiant games had released the Bastion over seven years ago. The game has been available across most of the last-gen and even ported to current generation platforms and now finds a home on the Switch. But is this seven-year-old game still worth your time and money? Let’s find out.

Bastion starts off, like most good adventures do, with you waking up to a world-altering destruction known as the calamity. You navigate the world simply known as “the kid”, where your story unfolds from the narrator along with some story scenes sprinkled throughout. The world is in ruin and it’s your job to collect the cores to restart and rebuild the new land.

As you play through Bastion you pick up weapons and gear that you can outfit the protagonist with. Weapons include varied types of heavy hammer, quick machetes, bows, a shotgun, six-shooter, and more. Each weapon feels unique and the game lets you hold two at a time, which you can switch out of between levels at the armory.

Your weapons can also be customized and upgraded throughout the game as you find augmentations to them through items you find in the levels. Some of these items are off the main path and encourage exploring each zone on your way to the end.

Coupled with weapon upgrades there are idols which you will find which you can turn on that will add a level of difficulty to the game. These buffs can help enemies, making defeating them harder, along with other changes to the gameplay. These small additions to the weapon and combat systems help make the game and each level play out differently each time you enter them.

The world of Bastion is littered with levels to explore, and as you explore them the map itself builds as items and ground spring up from out of nowhere. As you walk in any direction this ‘unfolding’ of the world is a unique style which I have never seen before in a game.

In some ways, this building and subsequent destruction of the level map and its pieces is a kind of gameplay character in of itself. I found myself often in awe as the world around me built itself as I marched through waves of enemy encounters.

From time to time, along your journey, you will also come across weapon specific challenge grounds which seem like small side quests to help the gamer learn to manage their weapons and how to use them effectively in battle. Reaching the high score and gaining the best rewards from these challenges can be difficult and many people not obtain the highest tiered upgrades and items without a lot of practice.

I also encountered some boss battles that had me on edge as they continuously threw varying enemy types and didn’t drop a lot of health potions. Bastion requires precision and the ability to know when to roll out of harm’s way and lead a group of enemies into your shotgun blast or machete throw.

One highly memorable aspect of Bastion is its music and audio. The game mixes well a sense of the epic scale of the world ending calamity and the dire straits your character is in, in trying to save and rebuild the world around him.

Bastion often has moments of level destruction which plays out musically like a ramped up chase scene. The music switches from soft tones during some casual exploration sequences often and with great effect. During battles where enemies were bombarding me with hammer drops and bombs, the music was bombastic and appropriate.

A lot has been said in the past by Bastion’s unique narrative approach which is unique to this genre and gaming in general. As you progress through each stage, do something seemingly small or grand during a level, or find a new item, the narrator sets the tone and tells the story of that event. The narration happens throughout the game and I never remember hearing any repeating or repetition in the dialogue. The narration alone makes Bastion a memorable gaming experience.

The Switch port for Bastion runs buttery smooth with short loading screens between levels and areas you explore. The painterly style artwork and voice narration never stutter. The game runs perfectly in both docked and handheld mode.

I preferred docked mode in my playthrough, mostly because the colors are bright and vibrant and my TV makes the game look really good. I also found some of the smaller enemies a bit hard to see in handheld mode. Obviously, this is an opinion of mine and having Bastion portable to play wherever you are maybe a higher selling point for you on the Switch version of the game.

Supergiant games is no slouch in its recent Switch port of Bastion. This a must-have on the Switch. The gameplay is great the story as it unfolds through narration and there are tons of upgrades and buffs that you can add to your varied play style. You will not be disappointed in your time with Bastion.