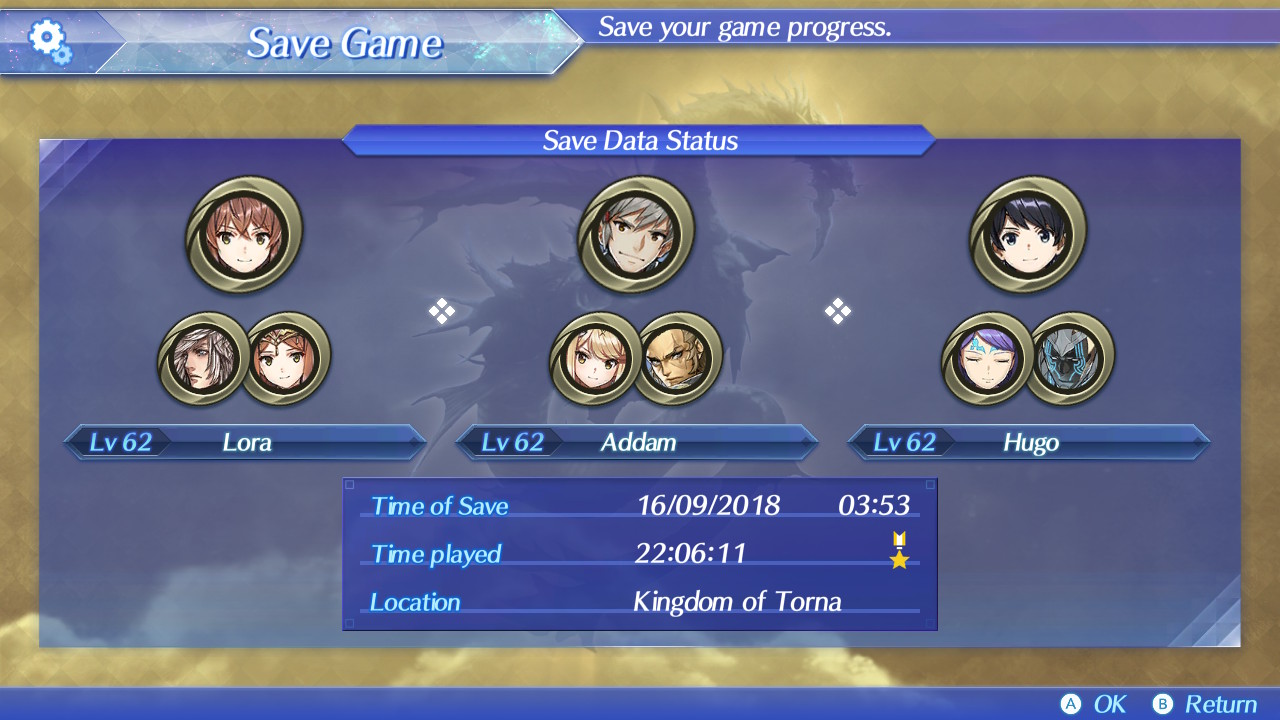 [Gallery] A Look at What can be Achieved in 22 Hours of Playing Xenoblade Chronicles 2: Torna – The Golden Country (#XenoWeek)

At the time of writing this, Xenoblade Chronicles 2: Torna – The Golden Country has been available to Expansion Pass owners for 52 hours and having spent a little over 22 hours playing it, what a journey it was!

But, I’m not here to talk about that. In fact, I’m hardly going to talk/write at all, as the intention for this gallery article, is to have it be as spoiler free as possible, which means, even though I have beaten the main game and got a new title screen image, I’m not even going to be sharing.

What I am going to be sharing though, are images of what progress can be achieved, in the way of Affinity Charts, Driver levels and Community and you can see that progress for yourself, right here:

Although not pictured above as they can be considered spoilers, 4 Secret Areas and 13 out of 16 Unique Monsters were also discovered in that time frame, and should you require assistance in discovering them for yourself, the following guides can help with that:

[Guide] A Driver’s Guide to the Unique Monsters of Xenoblade Chronicles 2: Torna – The Golden Country (#XenoWeek)

[Guide] A Driver’s Guide to the Secret Areas of Xenoblade Chronicles 2: Torna – The Golden Country (#XenoWeek)