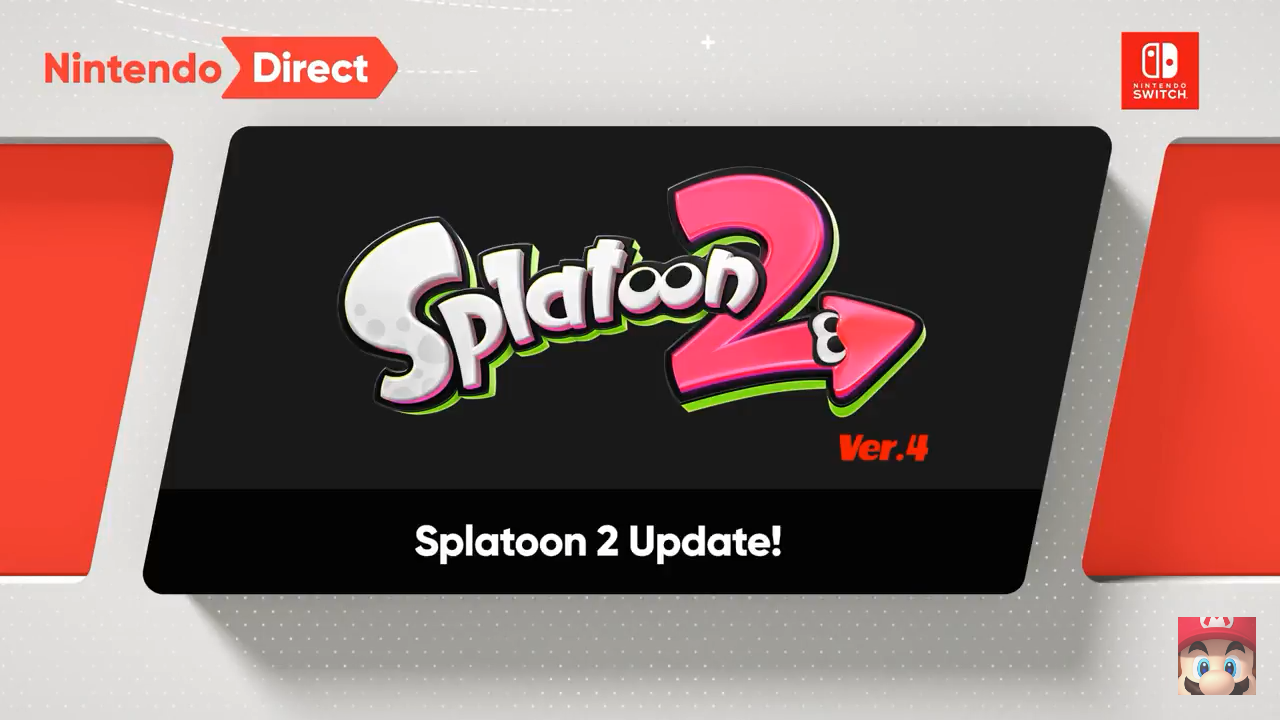 One thing that may not have been expected from the September Nintendo Direct was that Splatoon 2 is being updated to version 4.0! Splatoon 2 Ver.4.0 will come with new Splatfest Features and the first part of a new brand of weapons; the Kensa Collection.

A special offer for those with the 12-month plan for the Nintendo Switch Online Service will also be rewarded with a download code for Splatoon 2 Exclusive Gear. It is based on the uniform of Team Japan, who recently won the Splatoon 2 World Championships in June.

The following excerpts are from the official Splatoon US Tumblr account:

The new stage in early October will be the final one to be added, though we’ll keep adding weapons until December. Also, look forward to more Splatfests until July 2019. We hope that you will continue to enjoy Splatoon 2.

We just heard that as a special offer, Nintendo Account holders with 12-month Nintendo Switch Online memberships (individual or family) will receive a download code for exclusive in-game gear for the Splatoon 2 game.

Fun fact: the in-game jersey is based on the uniform worn by Team Japan, who won the Splatoon 2 World Championship! Our colleague informed us that the jersey has “online” written on the front in Japanese text because they originally won an online tournament!

If you would like to know more about the September 2018 Nintendo Direct, You can find our Recap and highlights about it here.