September’s Nintendo Direct is back on, there’s bound to be plenty of things to get excited about, but since we’re celebrating #XenoWeek at Miketendo64, although I personally tend to avoid Direct Prediction articles, today I’m making an exception!

Only, because I am changing my rules a little bit, I’m solely going to focus on 5 Xeno related things that I would love to see happen, but highly doubt it will. Let’s begin!

1) The Aegis War – Despite everything we have seen so far of Xenoblade Chronicles 2: Torna – The Golden Country, we have yet to see the true devastation and that is why, during a segment meant to promote the upcoming DLC & standalone game, I’d love to hear and see more about the war.

Sure I can experience it all for myself this Friday, but I do feel as if a segment showcasing the disaster could be the final convincer that those on the fence about getting Torna sorely need.

2) More Xeno rep in Smash – While I hate to be that guy and say we need to get some Super Smash Bros. Ultimate news out of this direct, I would actually prefer it if the news did concern a character reveal and it just so happens to be a character from Xenoblade Chronicles.

If you asked me who I would want a month ago, the answer would be Rex and Pyra/Mythra obviously, but honestly, Elma is just as deserving as they are, if not more so.

Still, Xenoblade Chronicles 2 is an incredible game that makes me cherish my Switch more than most consoles, but to see it stand with empty hands as Smash overlooks it, would be something of an insult, so even if a Xenoblade Chronicles 2 rep doesn’t make it into the base game, I hope they will do so as DLC later on down the line. 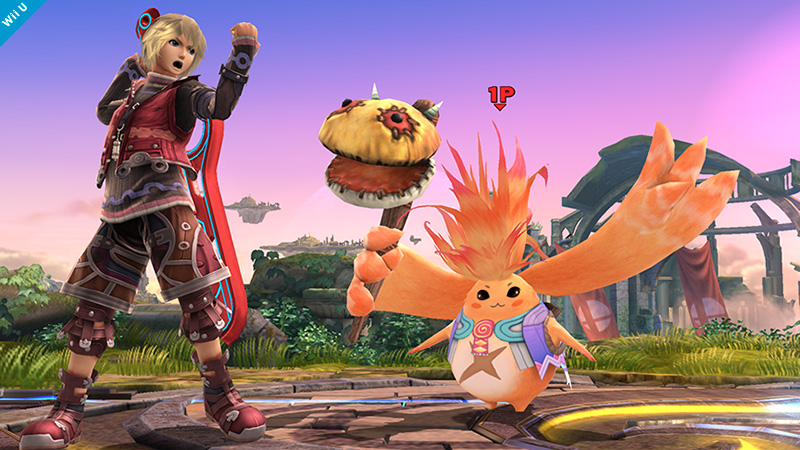 3) Xenoblade Chronicles 2 amiibo – While some would be in their right to argue that Xenoblade Chronicles 2 doesn’t need amiibo, I personally do and its one of the reasons why I would like one of the characters to be in Smash, just so that at least one of them can get their own amiibo. It may not be a Xenoblade Chronicles series amiibo, but a Smash amiibo of Pyra or Mythra even, would be fantastic and a must have for my humble collection. (Ocarina of Time Link, Majora’s Mask Link, Wolf Link & Midna, Shovel Knight, Rider Link and a Guardian both from The Legend of Zelda: Breath of the Wild, Wario, Detective Pikachu, Shovel Knight and a Shadow Mewtwo card I got due to getting Pokkén Tournament on Wii U.)

I’m not saying they should go out of their way and force Monolith Soft to have another new title ready for release late next year (admittedly a Xenoblade Warriors would be heaven,) but the Wii U released Xenoblade Chronicles X is a great title in its own right, which could have been better received, if there were more Wii U owners willing to give it a try.

Not only would it make for a welcome addition in 2019, but it will help Monolith Soft have some well-needed breathing space so that they can focus on their other projects before revisiting the Xenoblade Chronicles series and releasing a new offering.

5) Torna – The Golden Country gets an Even earlier release – This is really greedy, but even though Torna – The Golden Country will be available to those who have the Expansion Pass on September 14, but I can’t help but think how great it would be if Nintendo revealed during their Torna segment that the update that adds Torna, will be available when the Nintendo Direct draws to a close.

It may not be September 14 when the Direct finishes in North America, but it will be in Europe and Japan, so why not release it that little bit earlier? Switch owners in Europe, (if they’re still awake) could download the update as they slept and wake up early in the morning to play it, while some gamers in North America could make an entire afternoon out of it. It wouldn’t be particularly fair, but it would be a nice surprise and shorten the wait.

And just like that, those are my 5 predictions. I hope you enjoyed the list and look forward to what else we’ve got in store for you as far as #XenoWeek is concerned. Thank you for reading.