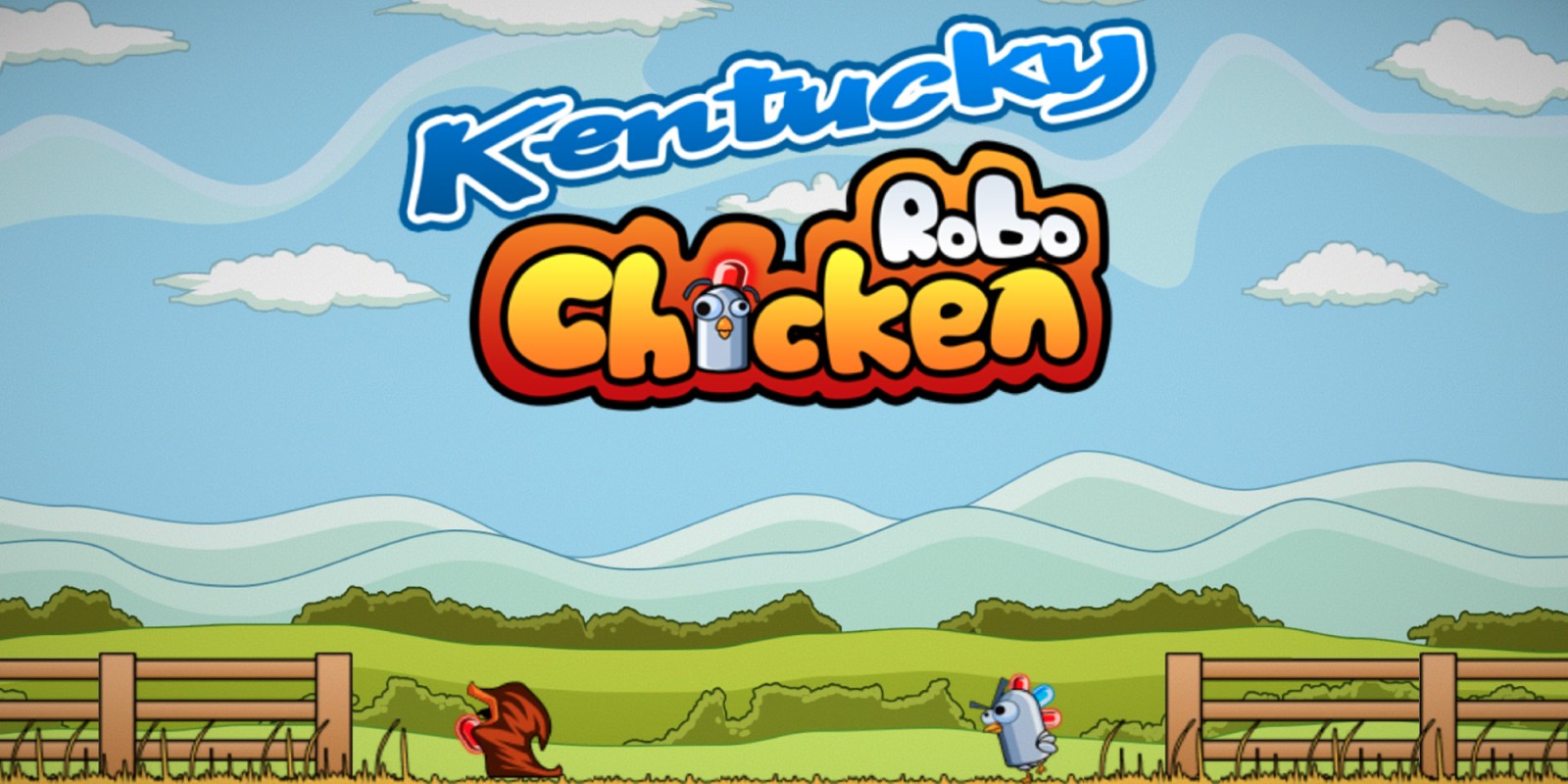 If a gamer knows only one thing, it would be the fact that games come in all shapes and sizes, especially indie and mobile games. Not all of them can be an instant success and sport fantastic graphics that are easy on the eye, but they can offer some of the best gameplay we’ll ever get to experience.

Then there are other games, games that slip completely under the radar because they’re developed by a very small development team, operating on a small budget and are “just not worth getting.” If I’m honest and I always am when it comes to reviews, Kentucky Robo Chicken is such a game.

Still, just because Kentucky Robo Chicken is a lesser indie title, it doesn’t mean it’s not deserving of some attention and that’s precisely what we’re going to be giving it, right now. So, first and foremost, Kentucky Robo Chicken is port of a game previously released in the Google Play Store, which plays as a 2D side-scrolling platformer that is intended for players who aren’t afraid to take on a real challenge.

It comes packed with 30 levels long tasks a Robo Chicken with the job of recovering stolen light bulbs, just so he can fulfil his wish of having all three lightbulbs on his head, be the same colour. It’s not the greatest motivation in the world, but hey, it’s a made for mobile game that is literally called Kentucky Robo Chicken, (KFC for short,) so the fact it even has a minor story, is something.

With regards to what actually happens as far as the 30 levels go, players must make it from one side of the level, all the way to the other side, where a farmhouse can be found and do their best to avoid hazards. Hazards such as bodies of water, bombs, canons, saw blades and even pesky bugs.

All hazards can kill you in one hit and as nice as it would be to try to play it safe wherever possible and proceed slowly, there is a timer and taking too long to complete a stage, is grounds for a game over. But even if you do make it to the end of the level in one piece, as quickly as you can, it doesn’t necessarily mean you’re done with the level just yet.

Sure, the next level is now opened up, but Kentucky Robo Chicken is a game that uses a three star system, which means just because you can beat a level, by no means will you have fully completed it, so provided you consider yourself a completionist, you will need to replay it and do your best to collect all of the cogs scattered around the level, as fast as you can to get as many points as possible for all three cogs.

Cogs aren’t the only collectibles though as there are also lightning bolts present on levels and in the later stages, you will want to collect them wherever possible, as they allow players to perform a dash attack called a “Turbo,” upon pressing the A button. Not only can turbo be used to defeat enemies, but you can also use it to dash through round hay bales and open up new paths.

As for the other controls, there’s B for flight, which you will need to tap frequently since doing so will help your Robo Chicken ascend to the heavens, whereas not tapping it will see your character do a not-so-graceful swan dive. Then there’s the right and left d-pad buttons that can be used for steering, but you can also use the analog stick as well.

Although the controls follow the old “easy to learn, hard to master” method, I do feel as if they themselves are the worst thing in Kentucky Robo Chicken. When on the ground, the Robo Chicken can run rather quickly, but the Flappy Bird-like gameplay just feels very cumbersome when airborne and I found it to be off-putting.

Kentucky Robo Chicken is a game fully intended to be played as and when, one of the reasons why it makes sense that it is available on Switch, but even though it does have a challenging side to it (noticeably present to me from stage 12 onwards,) the truth is Kentucky Robo Chicken is a niche game with very little content and ultimately that is something that is going to greatly affect how it is perceived.

Just because Kentucky Robo Chicken is a game that doesn’t appeal to everyone, as it is a game that isn’t for everyone, before writing it off unnecessarily, it is worth noting that it is a game with a small intended audience, who will actually enjoy it. If you’re not among them, Kentucky Robo Chicken will most likely look like straight up garbage, but then one man’s trash is another man’s treasure and if Kentucky Robo Chicken is up your alley, it is a playable game that you can get a few hours out of before moving on to the next fix, aka another game that will test your reflexes. And if it’s not, just because we’re going to score it low, it is only $2.49 on the eShop and you’re more than welcome to try it out for yourself and form your own opinion.