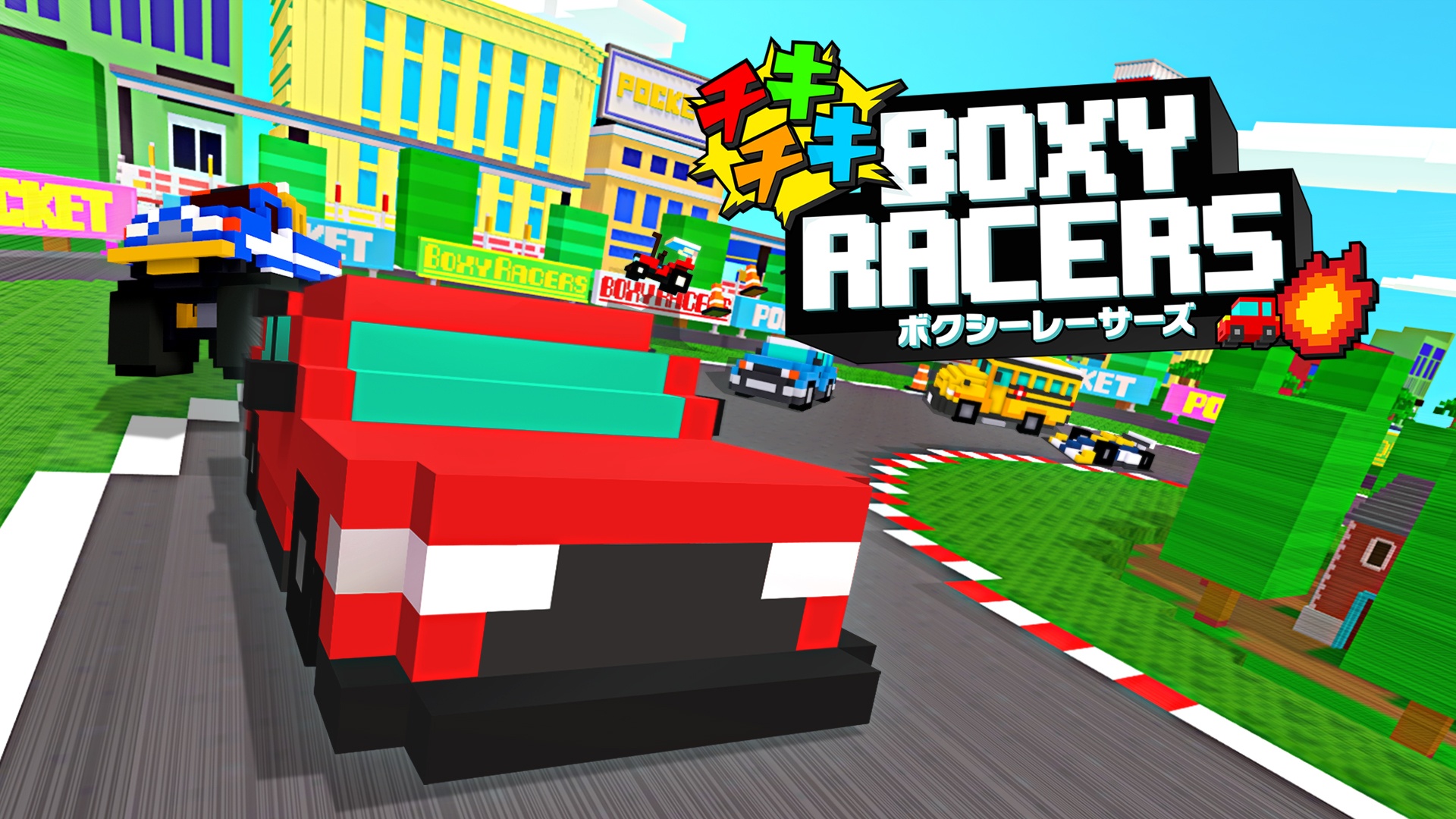 As a player, bad games may be a serious drag, but as a reviewer, bad games are a blast to play. Anton Ego from Ratatouille put it best: “critics thrive on negative criticism, which is fun to write and to read.” There are only so many ways you can gush about a good game, but there are infinite ways to rip on a bad game. Unfortunately, not all bad games have the courtesy to be truly godawful. Some of them like to exist in that nebulous area between mediocre and atrocious – not fun enough to be considered good, but with enough effort put in that you feel bad slamming it. As I’ve unfortunately discovered, Chiki-Chiki Boxy Racers is exactly that type of game.

The most entertaining thing about the game is its bizarre title, so go ahead and enjoy it while you can. Chiki-Chiki! Chiki-Chiki! Isn’t that fun to say? Once you’ve gleaned all the enjoyment you can out of those four syllables, you’ll be greeted with two separate modes: Race, in which you attempt to outspeed opponents in classic top-down racing style, and Battle, where you can try out various party modes with no racing at all. Each mode can be played with one of two simple control schemes: either hold a button to accelerate and use left and right to turn, or play with just the analog stick and drive in the direction you tilt.

First up is Race mode, which manages to be terribly mediocre despite ostensibly being the main focus of the game. There are twelve tracks across three level themes, all of which play out the exact same way: simply hold the gas at the start, and you’ll perform a boost start so powerful that none of the AI racers will ever catch up to you if you’re a reasonably skilled driver. If for some reason you don’t use a boost start, fear not – while the AI racers can be a bit aggressive at first, once you pull away from the pack they instantly become total non-threats. Aside from boost pickups and an invincibility item, these barren courses do nothing but waste a few minutes of your life before you forget about them forever. Playing with friends can alleviate the tedium, but there’s no getting around the fact that many other games have done this type of top-down racing gameplay better.

The Battle modes fare just as badly. All of them are utterly worthless in single-player, and become only slightly more tolerable in multiplayer. Here’s a quick rundown of what little you can expect from these timewasters:

Coins – In this mode, you drive around a casino-like setting and try to pick up the most coins while avoiding bombs that fall from the sky. It’s just as shallow as it sounds.

Smash – Far from ultimate, this mode plops players into a tiny arena and tasks them with smacking each other off the edge while again avoiding bombs that fall from the sky. In single player, it somehow manages to be even more boring by simply requiring you to smack stationary boxes off the edge.

Paint – The closest Chiki-Chiki Boxy Racers comes to being fun, Paint is a Splatoon-esque mode where you attempt to cover more ground in your color than the other players can while (you guessed it) bombs fall from the sky.

Goal – The final battle mode is a round of soccer where you attempt to hit the ball into the opponent’s goal. That’s literally it. Rocket League, watch out!!

All of these modes suffer from the same issue of being horribly simplistic and shallow. The fact that the game supports up to eight players at once is a neat novelty, but in practice, you’ll get your friends to play maybe one or two rounds of each mode before you go back to your Switch multiplayer mainstays. Online play could be the one saving grace for like-minded Chiki heads to duke it out, but given that I never found a single person in the online lobbies, I wouldn’t buy this expecting to get much action over the internet.

The graphics utilize a blocky 3D pixel look similar to games like Crossy Road, Totes the Goat, and Pokemon Quest. I’ve seen this visual style in more than a few games now and I don’t know why it’s become popular as it tends to look quite awful and cheap, and Chiki-Chiki Boxy Racers is no exception. The music is similarly uninspired – can you say “stock Garageband loops”? Do not buy this game for the visual spectacle, do not buy this game expecting an aural treat, and do not buy this game looking for great gameplay – put simply, do not buy this game.

Chiki-Chiki Boxy Racers isn’t poorly made, but it has such a lack of ambition that I struggle to imagine anyone who will actually enjoy what’s on offer here. If you want some top-down racing action, I suggest skipping this and instead suggest playing a classic like R.C. Pro-Am, or even a more modern take on the genre like TNT Racers.