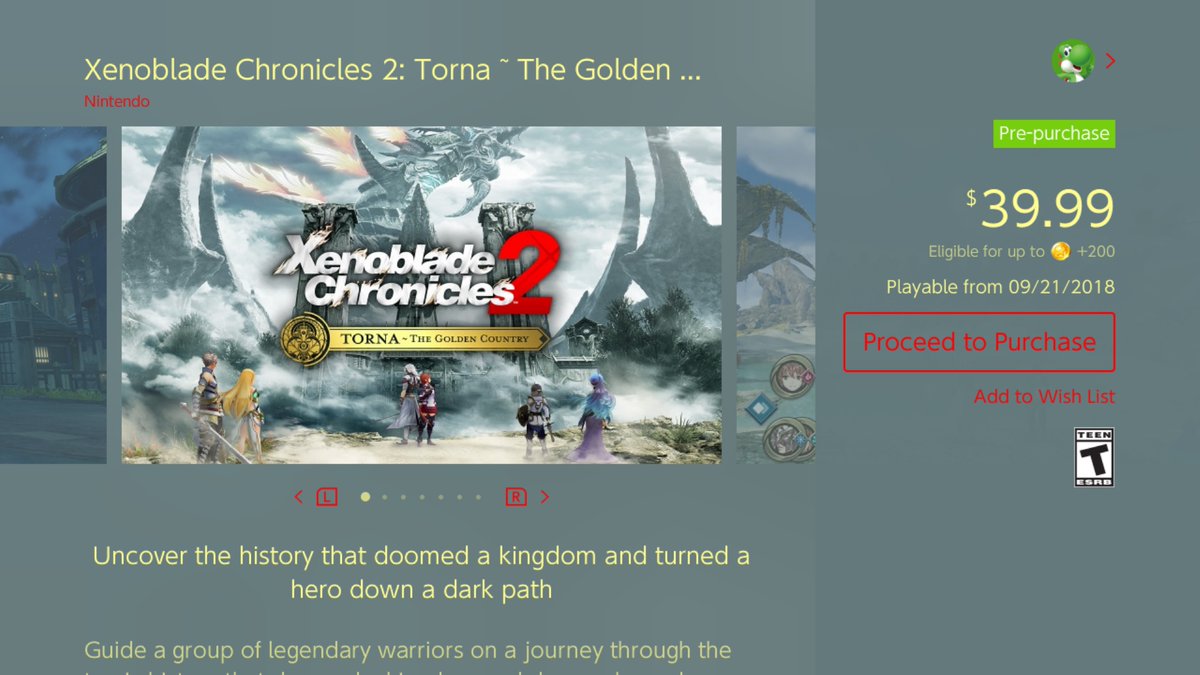 File Size for Xenoblade Chronicles 2: Torna – The Golden Country Has Now been Revealed

Having reported on the fact that Xenoblade Chronicles 2: Torna – The Golden Country, would have a digital release, as well as a physical release, today it is our pleasure to write that Torna now has an NA eShop listing for the Nintendo Switch.

Furthermore, the title can be pre-purchased for $39.99, comes with a download code for the Expansion Pass for Xenoblade Chronicles 2 and has a download requirement of 3.2GB. Pictures relating to its eShop page can be seen below: