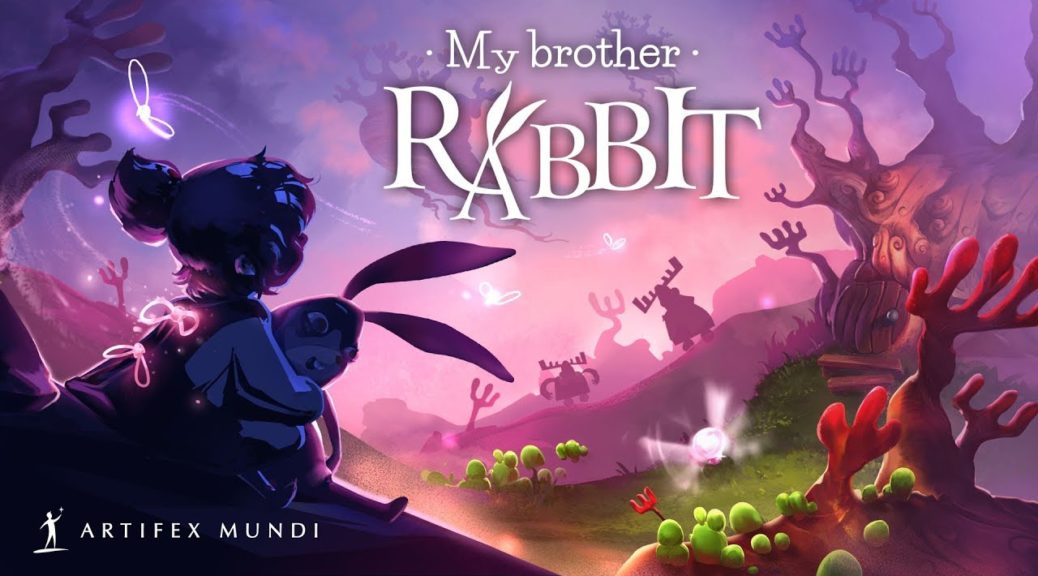 My Brother Rabbit Hops its Way to Switch on September 21

Having already released the likes of Persian Nights: Sands of Wonders and Nightmares from the Deep 2: The Siren’s Call on Nintendo Switch and share news that My Brother Rabbit is to follow, today Artifex Mundi have confirmed their next title will release this very month.

The full announcement concerning My Brother Rabbit can be seen here:

KATOWICE, POLAND – Sept. 6, 2018 – My Brother Rabbit, the heartwarming adventure game from Artifex Mundi, invites players on an emotional trip into the dreamlands of imagination on PC, Mac, Xbox One, PlayStation 4, and Nintendo Switch September 21.

After their beloved daughter falls ill, a family hopes to restore her health with the treatment she needs. Her caring older brother wants to help however he can and turns to the power of imagination and wonder to help take her mind off serious matters. While life appears dreary and cruel, the fantastic and surreal world conjured up by the children offers a wonderful reprieve.

In the siblings’ land of make-believe, a sweet little rabbit takes care of his friend flower, who recently became afflicted by a strange sickness. To reach those who can heal her, he sets out on a journey that requires both a keen eye and smart thinking. Collect hidden objects including butterflies, insectoid lightbulbs, and other items and apply them to the riddles hiding throughout the world.

After observing each area and uncovering secret objects, these items are used in over 30 minigames. Some are as simple as connecting threads in a color-matching game. More complex puzzles involves repairing a fantastical musical machine. Each part adds another musical layer to the song emitting from the device, until a full symphony heralds the rabbit’s triumph.

As the rabbit gets closer to making his friend flower better, the joyful scenery begins to blend with the cold hospital surrounding the children. Though their situation is dark, the children use their creativity as a torch to light their way out. Kids have the incredible ability to explain what they don’t understand. This isn’t a way to ignore what they fear, but to instead both cope and understand the strange ways of an ever-changing world. The game’s designers worked with their own children to better understand they way they perceive our reality.

My Brother Rabbit’s gorgeously bizarre hand-painted landscapes are reminiscent of Dali, and the surreality is underscored further by the music. Arkadiusz Reikowski of Layers of Fear and Seven: The Days Long Gone fame penned an inspiring score that helps accentuate the whimsical delights of this world. Players will delve into their imagination and experience an emotional connection like no other.

“We feel that players will form a bond with the children in My Brother Rabbit because of their enduring spirit,” said Tomasz Grudziński, CEO at Artifex Mundi. “Though this story begins with a tragedy, these children always hope for a brighter future.”

My Brother Rabbit will be available for $14.99 on Nintendo Switch, Steam, PlayStation 4, and Xbox One September 21.