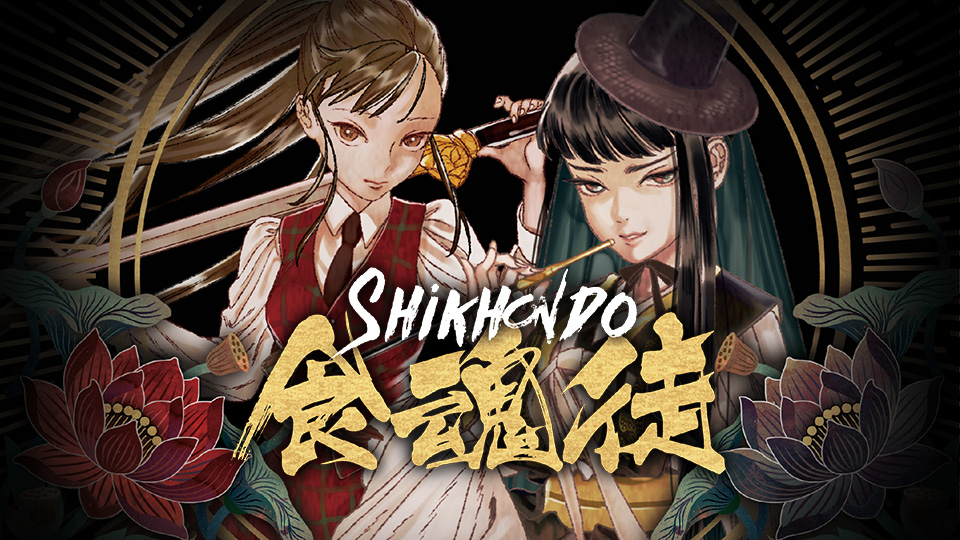 September 7, 2018 1:09 am Published by Jack Longman Leave your thoughts

Bullets shall rain down once more!

Fans of shmups it is time to rejoice! Once more another bullet-hell shoot ‘em up has chosen to grace the Nintendo Switch with its presence and this time it is none other than Shikhondo – Soul Eater!

Previously released on the likes of Steam and developed by DeerFarm, before being ported to the Nintendo Switch thanks to the assistance from Do Games and Digerati, with the latter acting as publisher, Shikhondo – Soul Eater is a Korean Shmup worth boasting to the heavens about.

It might not be as content packed as some other bullet-hell games on Switch, but it is one of the most gorgeous to look at, thanks to its stunning imagery that depicts bizarre and surreal scenes inspired from Asian mythology.

The beauty of Shikhondo – Soul Eater is not just limited to the graphics and epic bosses though as even the soundtrack is one that shall grip hold of players and dazzle their senses, especially some of the sadder tracks, in which occur during bosses battles. But what of the story and combat?

Although Shikhondo – Soul Eater limits itself to 5 levels in its main campaign, which has a number of difficulties available (Easy, Normal, Hard & Extreme,) those 5 levels are more than even to allow them to present a story about hordes of demons known as Yōkai. (Supernatural beings that come in many shapes, sizes and forms and is the inspiration behind the Yo-kai of Yo-kai Watch.)

Having escaped limbo, the Yōkai have now become a plague across the land, instilling fear up all, harvesting souls in the process and it is the player’s duty to destroy the pestilence, reclaim souls and seal away the Yōkai once more.

In your mission however, although you are not limited to just the one character as players can choose between Grim Reaper and The Girl, (both of whom have their own distinctive move sets,) they are the only available characters. There are no others, just them.

Granted I do not personally find an issue with that since one favoured character is more than enough, but when most shmups offer more, you can see why some might wager a complaint due to the lack of player variety. Especially since Shikhondo – Soul Eater does feature a co-op mode and should you find yourself playing with a friend, you’ll each be able to get one each and that’s your lot. But what of the actual gameplay?

Well, in one aspect where Shikhondo – Soul Eater tries to be different, is due to the fact that players are encouraged to get in close to the bullets and projectiles that are fired at them. By getting close, players can fill up their Soul Gauge, which once filled can be used to deal a devastating blow to your enemies, whilst earning you a plethora of points.

Points in which can be used to establish your superiority at bullet-hell games, when shared to the game’s supported leaderboards, but points do come at a price. Should they get struck for times, their life will cease and they must choose to restart, continue, or quit. There is no limit to how many times you can choose to continue, but every time that you do, you will see your points reset to zero.

The good news to this however, is the fact that a hit only registers, if the bullet touches the blue orb your character possesses. There is also no shortage to how many times you can use continues in the game’s Boss Rush mode either, so once again, even in death, players can grit their teeth and rise again once more. Plus by returning from the afterlife, you will see your bombs fully stocked and ready to fire when you are. (Press Y or L to do so, although L can also be used to activate Soul Collect when the gauge is full.)

If in the event though that you need more from Shikhondo – Soul Eater as opposed to just another vertical-scrolling shoot ‘em up and all the continues you could ever need, there are still other modes worth bringing up. Firstly, Hardcore on Expert is a nightmare, but it is a nightmare in which players can still use continues on if need be and yes, there will be a need for them.

Additionally, there is also a customize mode that allows players to fabricate their own playthrough, by choosing their preferred difficulty, deciding on just what it is that fills their Soul Gauge, decide how to use the strongest form of the Soul Collect mode and even choose what happens after you lose a life (i.e. your Soul Gauge resets with all Soul Attack tokens restored, or you can go with losing 1 HP point and not seeing your Soul Gauge deplete and have no Soul Attack tokens restored.)

Customize might not nearly go as in-depth as it could have, but it is still one of the finer modes Shikhondo – Soul Eater has to offer and it is something that can add another couple of playthroughs to your total play time, before moving on to another game craving your attention.

Shikhondo – Soul Eater isn’t just another bullet hell game you can play on your Nintendo Switch, it’s the of the most beautiful bullet hell games you can play on a Switch, be it on your own, or with a friend. It is however, lacking content and can get a tad too repetitive, even when you are plaything through Customise. Thus, albeit Shikhondo – Soul Eater is one of the better bullet-hell shmups on Switch, it is not the best and could be a little too pricey, especially if you’re aiming to pick up the limited edition physical release when the digital version is $13.99.