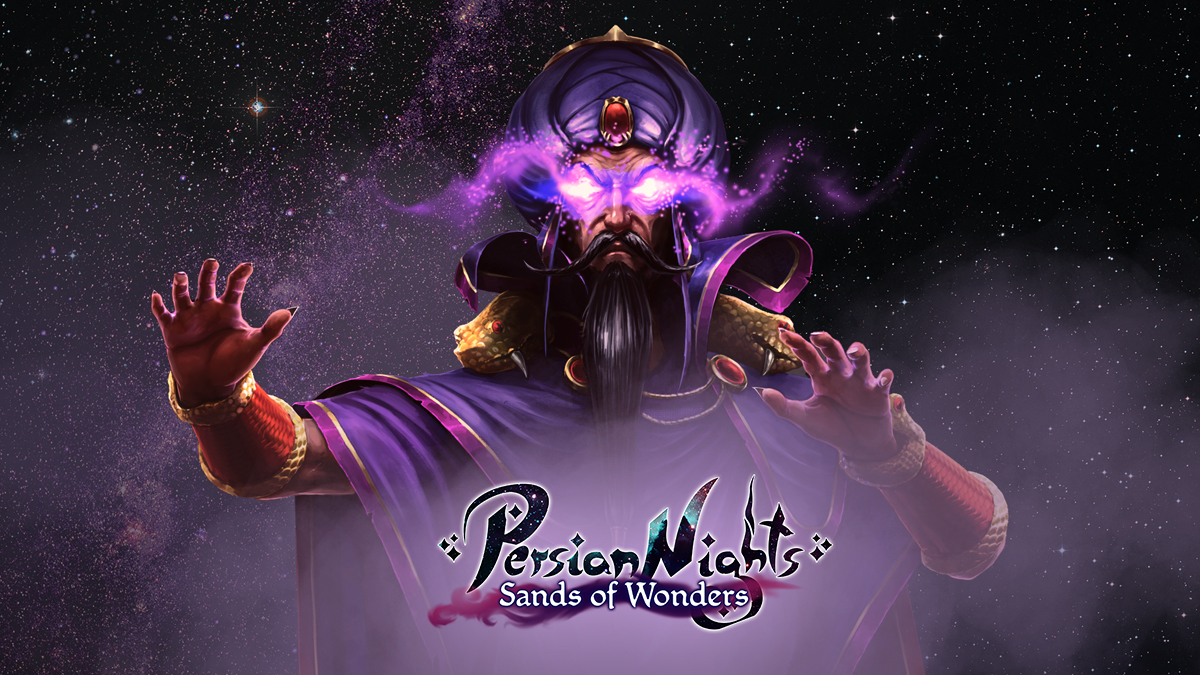 Having only released Nightmares from the Deep 2: The Siren’s Call, on Switch earlier this month, notable HOG developer Artifex Mundi have seen fit to build upon their foothold, by bringing over another of their creations and this time, it’s a much more modern title.

First released in 2017, Persian Nights: Sands of Wonders is yet another Hidden Object Game, except there are a few differences between it and Nightmares from the Deep 2. For starters, it’s not a sequel and even though it has a storyline about shadows and darkness, it’s a lot brighter, thanks to being set in Persia during the daytime. (The events of Nightmares from the Deep 2: The Siren’s Call, mostly take place in Kingsmouth, during the night time.)

The newer title also comes with slightly enhanced graphics, better voice acting and a couple of tweaks that enrich the gameplay experience, which we’ll cover a little bit later, as now is the time to discuss the story.

Once upon a time, there was a great evil that essentially threated to destroy everything and three very different beings had to band together to stop it and seal it away. Fast forward to the present and things had been great for Persia, even its current ruler, King Badiya was a kind soul, but as evil always does, evil has returned and things are no longer good.

The King is gravely ill and someone he once trusted, has gone mad with power. Grand Vizier Zaved would stop at nothing to become the most powerful being to ever exist and have all that he desires to become a reality.

To make matters worse than that, there’s also a shadowy disease that seemingly came out of nowhere and has gone on to spread illness and death wherever it can. But, where there is despair, there is hope, for a young but skilled apothecary named Tara, is doing her best to succeed come up with a cure and despite multiple failures, due to the advice of a soothsayer, her quest her answers has brought her to the Temple of Nightfalls’ End.

Between all of you and me, Tara will find more than she bargains for as the Temple of Nightfall’s End is just the first stopping point in the joining that awaits her and in the old dwelling, there are allies to be found, magic and a realisation that would set her on the path to stop Grand Vizier Zaved.

Being a Hidden Object Game with a number of point-and-click elements to it, gameplay for Persian Nights: Sands of Wonders, mostly consists of going back and forth, locating hidden objects in each area you have access to, and then trying to work out how you’re supposed to use the items you acquire. But, instead of being a carbon copy of Nightmares from the Deep 2, just with a different setting, like I said earlier, there are clear differences between the two games, especially in terms of mechanics.

For example, in Persian Nights: Sands of Wonders, when some objects are picked up and added to your inventory, should something need to be added to them, they will be marked with a + and require you to access your inventory with ZR or ZL, go to the item, zoom in with Y and add the required object to it. Some you might have right away (if you’ve been diligent in your collecting), but most of the time you will most likely need to go off looking for them.

Thankfully, for anyone who gets stuck at any point in the game, hints are available, but you can only use one at a time when it is recharged and yes, in Expert mode the cooldown period takes longer and there are no indications in the map, which means, unlike in Casual mode that will always let you know where to go, the same can not be said in the harder mode. Hints can also be used to help you put the right items together and if there are any puzzle-like mini-games that have you stumped at every turn, they can be skipped if need be.

As for other areas that Persian Nights: Sands of Wonders, well, with allies joining Tara for her journey, the likes of Darius can be spoken to at various points in the game and there are even moments where the player must control him, to perform certain actions. Plus, with Tara being an apothecary, there are plenty of times where she must whip out her tools and with the ingredients she has already possesses/will need to find, and create helpful formulas to heal, ward off evil shadowy cobras and more. (Don’t worry, every formula has a recipe and the recipes are always very easy to follow.)

Still, be sure not to rush Persian Nights: Sands of Wonders as a single playthrough of Persian Nights: Sands of Wonders should only take you no longer than 3-4 hours and there is no bonus chapter that adds up to another hour of gameplay like Nightmares from the Deep 2 has. Nor are the collectibles to the same extent Nightmares of the Deep 2 has, but there are 32 palace markings, if you wish to try and find them all and video capture is also implemented, should you wish to share any part of your adventure.

Despite being superior to Nightmares from the Deep 2: The Siren’s Call, in terms of gameplay, when compared to the older title, Persian Nights: Sands of Wonders does have a blander story and less to do, but it’s still a pretty decent Hidden Object Game nonetheless, but it does feel a little too overpriced on Switch, especially when on other platforms it can be purchased for $7.99 on Steam, as opposed to $14.99 like it is on Switch.