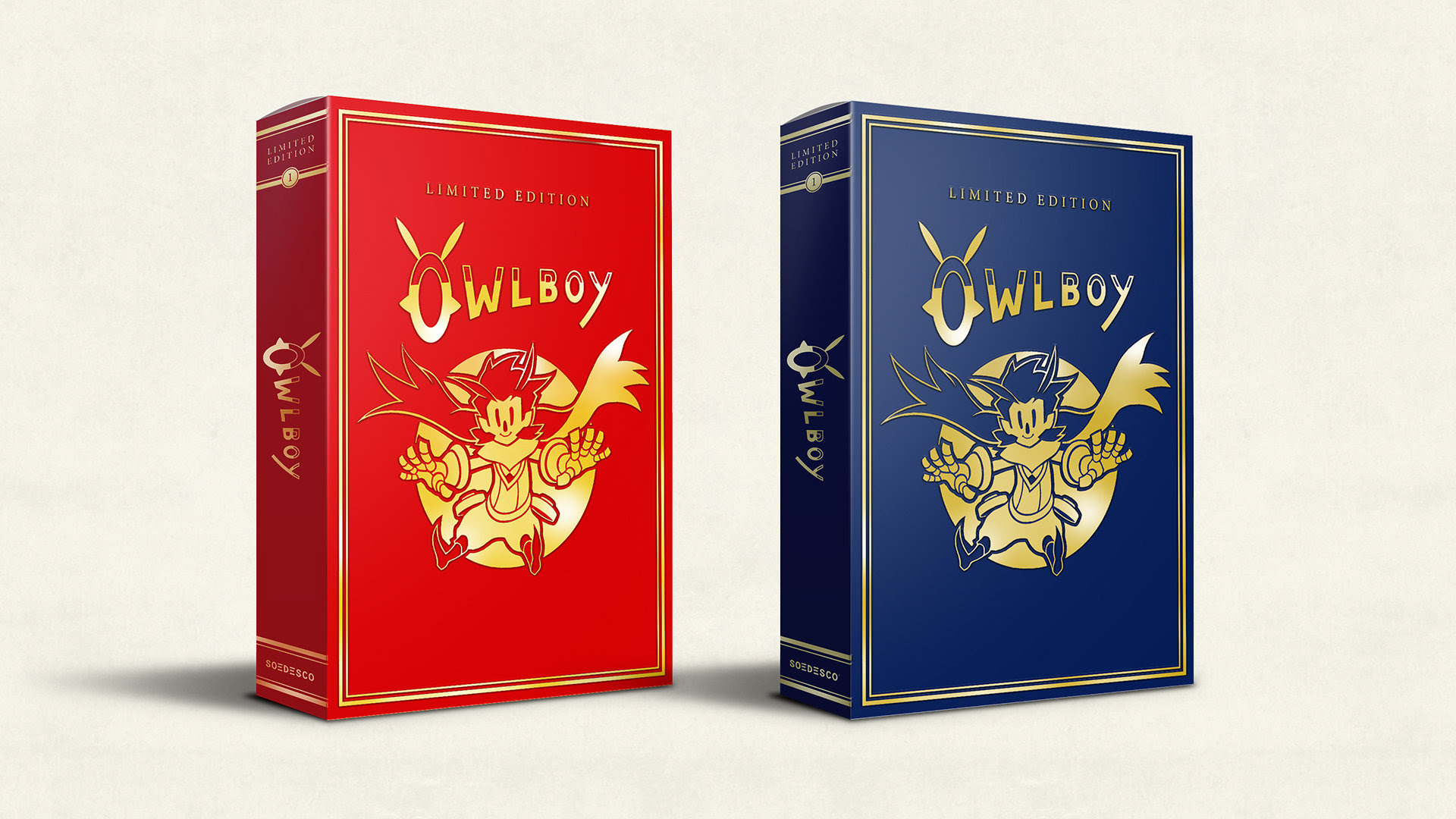 SOEDESCO has launched a new Limited Edition Program. Owlboy is the first of what they hope to be many special Limited Editions. The Owlboy Limited Edition comes packed with the base game and plenty of goodies like a certificate of authenticity, physical soundtrack, game manual, pins, sticker sheet and more.

The Owlboy Limited Edition is available in Europe now for PS4 and Nintendo Switch. The US and Canada will have to wait a little longer when it launches stateside on September 28th.

The first of many
The Owlboy Limited Edition is a very special edition that contains the base game along with several special collectors items. With only 6000 copies made worldwide per platform, this edition is rather unique. Each copy contains a certificate of authenticity with its unique issue number.

Owlboy
Owlboy is a critically acclaimed pixel adventure platformer, with stunning graphics and incredibly detailed pixel animations. It tells the moving story of a clumsy little Owlboy called Otus, whose world is threatened by sky pirates. To beat this evil, Owlboy will need to fly higher than ever before, with his charming group of friends by his side.