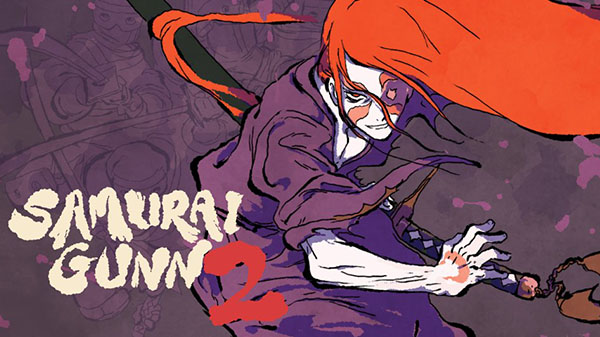 Slash and dash games seem to be all the rage these days but the probably don’t come as graphic as this. Samurai Gunn 2 allows players to go it alone or team up to take down the mad emperor before he completely destroys Gunn City.

Find out more and watch the trailer in the press release below.

In Samurai Gunn 2, a mad emperor pushes to expand the city at a ridiculous pace, while an epidemic of gunpowder overdoses is on the rise, and old spirits are creeping back into the world. A princess, a golem, a samurai knight, and a homeless girl all have a part in rewriting the fate of Gunn City forever.

Samurai Gunn 2 will feature a new, expansive adventure mode and an updated versus mode. Players will venture with a friend through a medieval metropolis on the brink of crisis, armed with only a sword, a gunn, and three bullets per life. They’ll have to fight or fly past their foes to discover the mystery behind Gunn City’s ghostly threat… or battle together with a group of two to four friends in versus mode with improved controls, new levels and new characters. Every decision matters, since one hit is all that separates victory from defeat.

The original Samurai Gunn was prized for its simplicity and depth. Samurai Gunn 2 expands on that depth with a new mechanic that makes every encounter even more exciting. Crush a bullet between your teeth to send yourself flying in a plume of smoke. “Good design means the player always has a meaningful choice to make,” said Beau Blyth. “The game immediately became so much more fun when the gunnpowder dash was added. There’s a Rock-Paper-Scissors effect now. Sword beats Gun beats Dash beats Sword.”

“We’re huge fans of the original Samurai Gunn and Beau, so having this opportunity to work with the team on this sequel has been amazing,” said Greg Rice, Double Fine’s Vice President of Business. “We can’t wait for everyone to check out the game and Samurai it up!”

As an added bonus, PAX West attendees can check out out the game on the showfloor at the Nintendo booth (#1939).