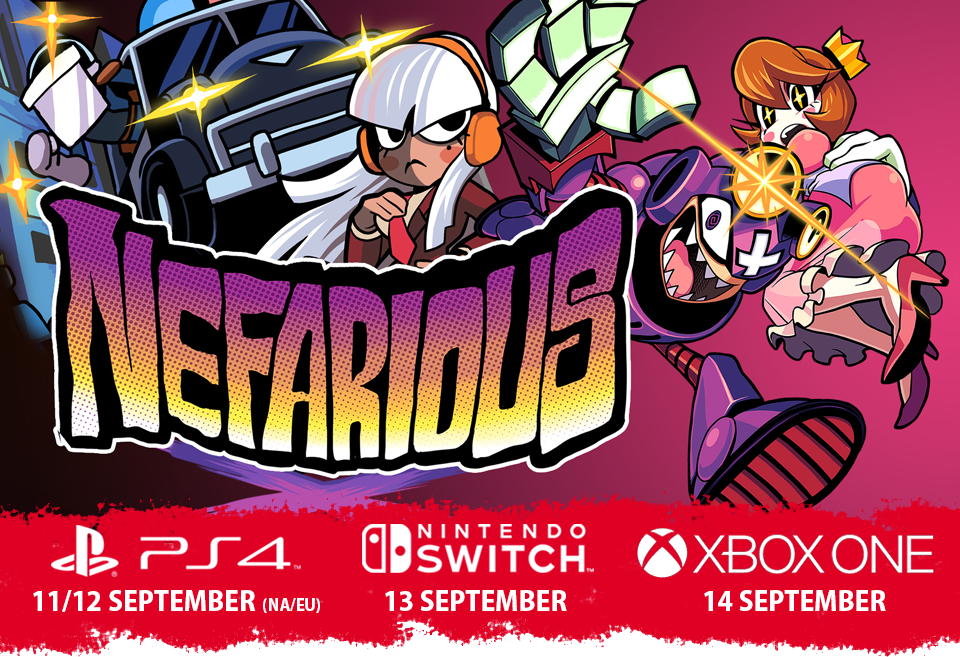 Become The Villain When Nefarious Comes To Switch September 13th

Rescuing Princesses can be quite tiresome sometimes, so why not change things up and kidnap them instead? Why stop there? Take over the world and beat down heroes in reverse boss battles. Nefarious puts you in the shoes of the evil genius Crow. This 2D platformer takes the tropes from typical videogame stories and turns them on their heads. Want to know more? Read the press release below to find out what there is to know about Nefarious

Nefarious is a villainous adventure where YOU get to be the bad guy. And it’s coming soon to Nintendo Switch, PS4 and Xbox One

Kidnap the princess. Beat the hero. Take over the world.

Developed by StarBlade and released in 2017 on Steam (where it has a ‘Very Positive’ rating), Nefarious lets players take the role of Crow, a supervillain with dastardly designs on world domination.

Tired of playing the hero? Nefarious is a 2D action platformer where you get to be the villain! Step into the wily shoes of Crow, an evil genius on an epic quest to steal princesses for his royalty-powered death ray – the world-conquering Doom Howitzer.

Wreak havoc across five different kingdoms! Stomp on heroes in iconic battles recreated with you as the boss! Unleash your inner megalomaniac!