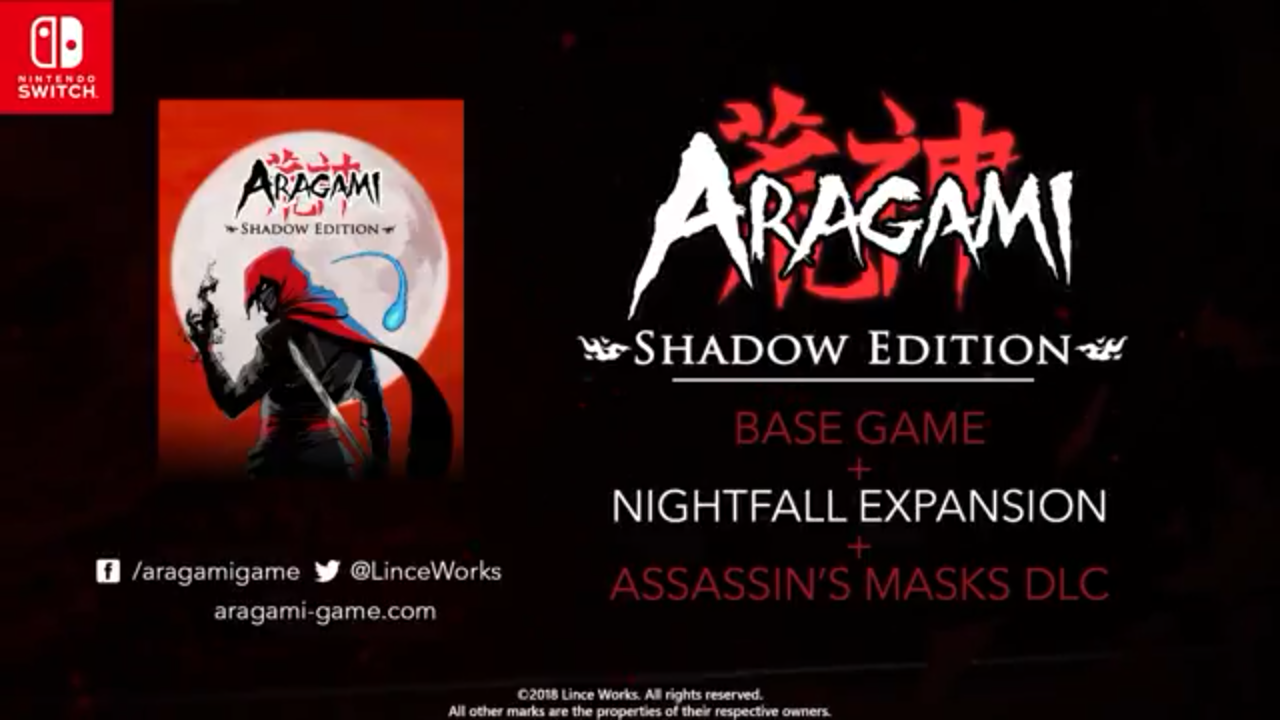 Assassin’s Creed might not be coming to Nintendo Switch but if you are looking for a stealth focused action game, get ready for Aragami: Shadow Edition.

Created by Lince works and published by Merge Games, Aragami: Shadow Edition is an action stealth game inspired by the likes of Metal Gear Solid.

Choose between being stealthy like a ghost are rage through enemies like a demon, Aragami: Shadow Edition comes with all previous DLC and will arrive on Nintendo Switch this fall.

To find out more, check out the official press release below:

Monday, August 27, 2018, Manchester, UK. – Merge, an independent video game publisher and distributor, and Lince Works, the dev-team behind the third-person action stealth hit Aragami, are delighted to announce they have joined forces again to bring Aragami: Shadow Edition to the Nintendo Switch.

Aragami, the action stealth hit, has sold over 500,000 copies to date. Now it’s the turn of Nintendo Switch owners as Aragami: Shadow Edition gets set for a digital and physical release.
Aragami is heavily inspired by old-school stealth games like Tenchu and Metal Gear Solid, and more recent gems like Mark of the Ninja and Dishonored, but with an emphasis on bringing back the challenge these games ought to offer.

“We are huge fans of stealth games, but we feel that in the last few years ‘stealth’ in games has been diluted and doesn’t pose the same challenge. We wanted to fix that with Aragami, where you are outmatched, outnumbered, and alone.” – David Leon, Aragami Lead Designer
Aragami is built around two contrasting playstyles, which players can change between throughout without the game punishing them for doing so. Use your powers to play as a Ghost, remaining undetected and getting to your target without a whisper. Or play as a total Demon, slaying everyone in your path, using your powers to wreak havoc on your foes.
Aragami: Shadow Edition for Nintendo Switch includes the original base game, the Aragami Nightfall expansion and all the available DLC. The game and expansion both support full two-player online co-op that is compatible cross-platform with PC and Xbox.
Aragami: Shadow Edition is set for digital release on the Nintendo eShop in the fall. A physical version will be available in stores too.