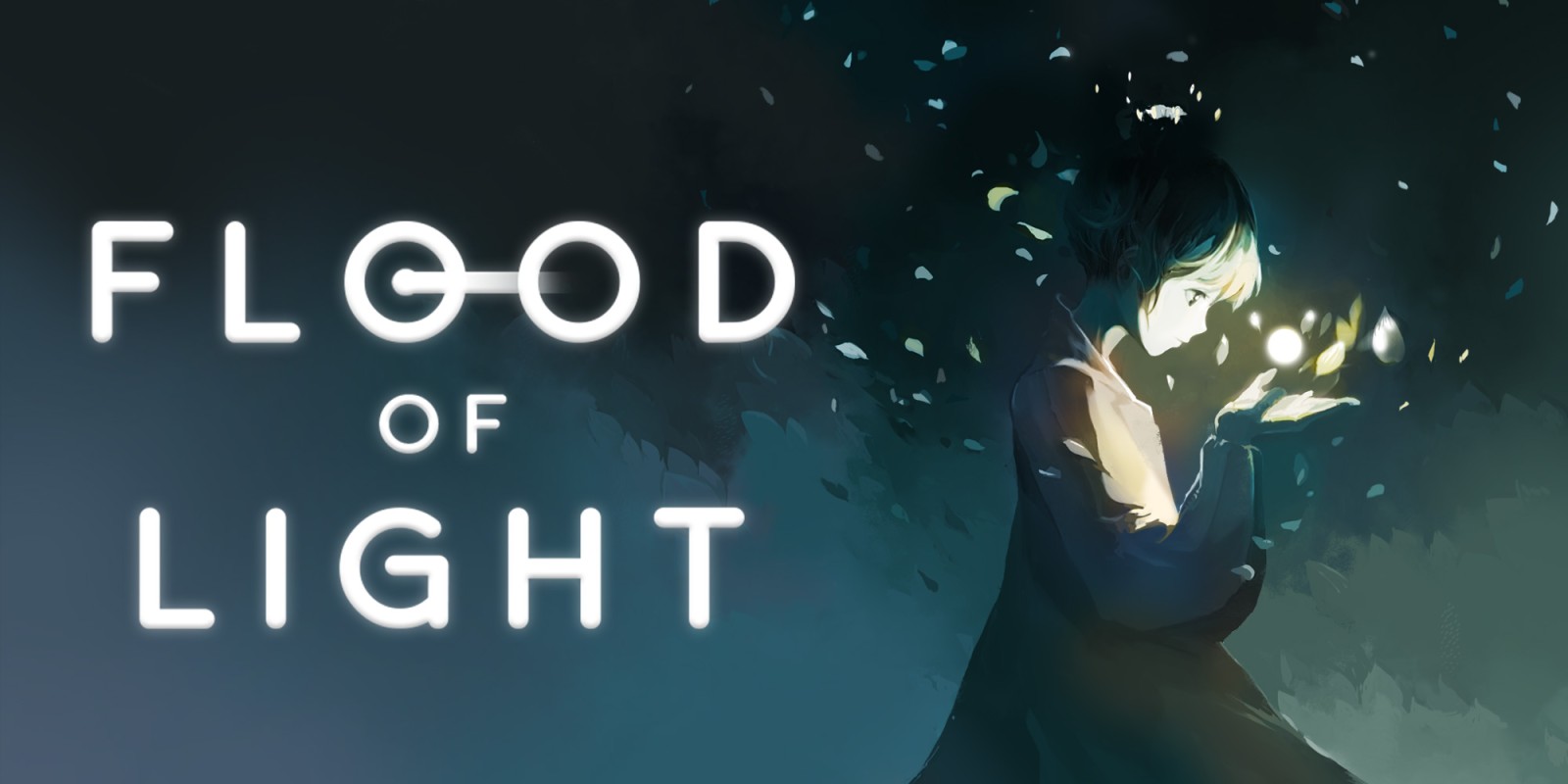 In recent years indie puzzlers have taught us that even the simplest game mechanic can be made to fill an entire game’s worth of adventure with the right amount of time and care. In Jonathan Blow’s Braid we were introduced to the concept of slowing down and speeding up time to change fate. In Phil Fish’s Fez, we twisted the world to reveal new and exciting secrets. Irisloft’s Flood of Light follows a similar approach, providing the humble ability to spread light in a flooded world.

In Flood of Light, you take on the role of a little girl in a raincoat trapped in a city flooded with water. With the power to manipulate light, you must save the city by draining all the water. Over time the mystery of how this flood began and your role in it will become clear, and you must focus on saving the city to uncover the truth of the disaster. The rules of Flood of Light are simple to learn but difficult to master. By holding Y, you will emit a glowing circle around yourself. Any lights within this field are pulled towards you in the form of orbs. By holding R, you can drag these orbs across lights to open doors and create pathways. The main challenge behind Flood of Light’s mechanics is that when you drag orbs across lights, you must use all of your orbs. Any excess orbs used when creating a string of lights will be held on the last light in that string on a little branch. Learning how to separate your light orbs by alternating between light sources is key to solving each puzzle.

Flood of Light does an excellent job of taking this one mechanic and stretching it out to its absolute limits. From the introduction of different colored orbs to the ability to change orbs into unlit lamps themselves, there’s always a new wrinkle in the puzzle introduced every few levels. This helps to keep things fresh and makes puzzles more dynamic. It would have been nice to see an entirely new mechanic introduced (perhaps shadow orbs that work opposite to light), but the abilities that are available are fun and functional enough.

The biggest issue with Flood of Light is its controls. You’ll use the right stick to drag orbs from you to light sources, but this can be very finicky. Your character is very small and if you don’t have the pointer on her exactly you’ll often fail to drag any orbs. Flood of Light has optional touch controls if you choose to play handheld, but the game never explains how they work. I managed to move my character and drag orbs across light sources using touch controls, but grabbing orbs proved impossible no matter what I tried. I’m sure if I had already played the iOS or Android versions of the game I’d understand how the touch controls work, but considering those versions likely explain the touch controls in-depth, there’s no good excuse for why the Switch version explains nothing about them. The little girl can also sometimes ignore your inputs. Several times I tried to enter a door or move across a bridge, only to find myself standing still. Your character is just stiff overall, often feeling like she’s not interested in listening to your inputs. It certainly doesn’t help that the animations in the game are equally as stiff, consisting of only a few frames each.

Artistically, Flood of Light is a treat. What its visuals lack in variety, they more than make up for in atmosphere. The derelict buildings, bright red trees, and mossy green floors create a beautiful contrast of colors throughout your journey. This excellence also extends to the game’s soundtrack – comprised mainly of soft piano pieces, it sets the tone perfectly for your somber walk in the rain.

Flood of Light is a fun, if simple puzzle game with gorgeous visuals and a soothing soundtrack. Its ability to take one mechanic and twist it in new complex ways is great, even if the controls can prove unwieldy at times. If you’re a fan of puzzle games, at $5 you could do much worse.