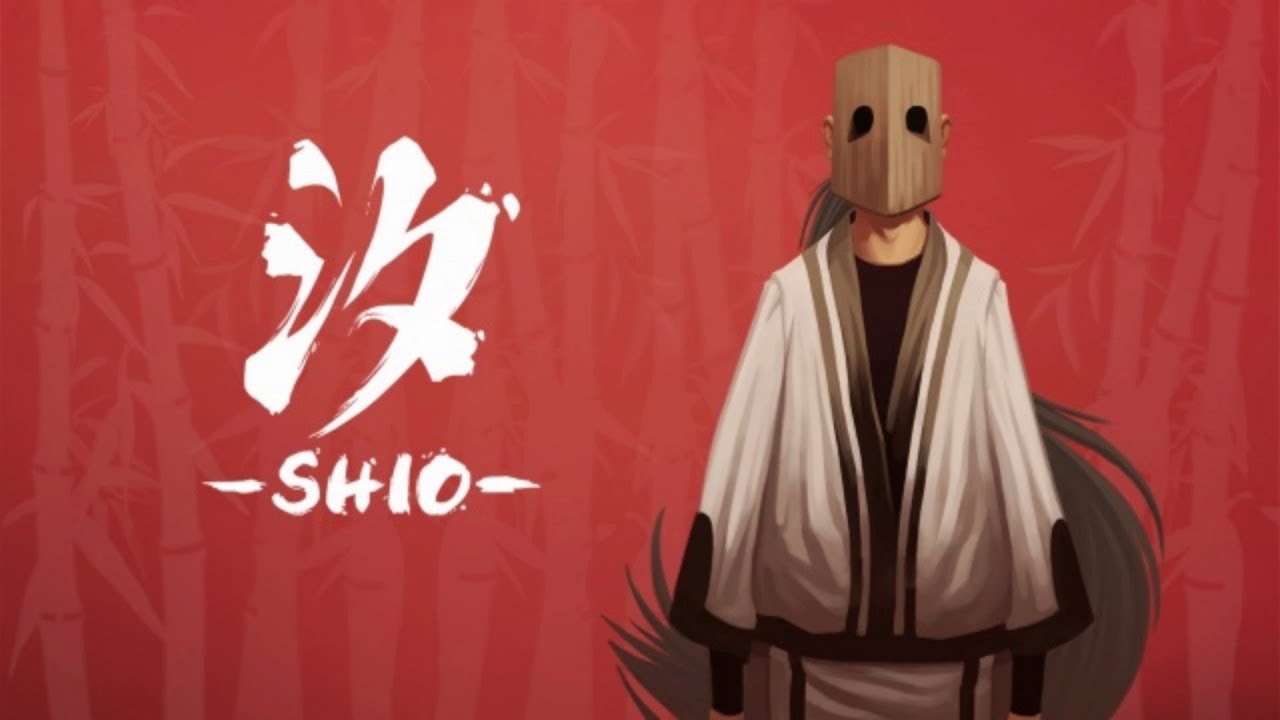 August 24, 2018 7:15 am Published by minusthebrant Leave your thoughts

There has been a common thread with indie titles, or Nindies if you’ve been getting your indie fix on the Nintendo Switch, and it’s that each week there is an indie gem amidst the plethora of games released. First released last year on PC and now making its way over to the Switch is the vibrant platformer from developer Coconut Island Games called Shio. The watercolor graphics hide a rather difficult platformer, but beneath its unforgiving difficulty lies a beautiful world and captivating story that makes this an experience you don’t want to miss.

In Shio, you take on the role of a masked character that has an aura of mystery shrouding him and he doesn’t know his history or purpose in this world. As you progress through the story you go through dreamlike sequences that work as the actual levels and also boss encounters, which are just more challenging level’s for you to complete. Getting through each stage allows you to slowly piece together the protagonist’s memories and what ended up happening to him.

On its surface, Shio is a standard platformer with a few interesting gimmicks to keep the proceedings interesting. For the most part though, you are running, jumping, and watching out for obstacles. If you’re a fan of platformers in general, much of Shio is going to be enjoyable with platforming that feels satisfying. It’s definitely one of those types of platformers that borders the difficulty line, similar to titles like Super Meat Boy or even Ori and the Blind Forest with an extra dose of toughness and perseverance to overcome.

Shio starts off relatively easy introducing jumping mechanics and gameplay systems, but once you make it to the second level the difficulty ramps up suitably. This is mainly due to Shio’s main gameplay mechanic, in which you jump and then use another jump in order to swing a lantern and this in turn, lights it so you can use them as platforms for advancing. There’s a variety of different lanterns that you’ll have to light throughout each level, some of which you’ll have to hold down the button and other ones that will propel you farther or shorter distances.

While for the most part, the consistency of hitting lanterns felt fluid and intuitive, there were some instances where I thought I hit the lantern but would only end up falling to my death or hitting an obstacle. Some of the lanterns also seemed to be different depending upon what type of lantern I was hitting with some that will send you higher or change your trajectory mid-flight. It was imperative to make sure the lantern was directly in the center of your body or else sometimes it would seem not to register which could become frustrating. Thankfully, there is an overabundance of checkpoints so you never have to worry about being sent back too far.

Shio features many moments that are very fun to play through and it’s easy to get into a flow of how your character moves while jumping and dodging hazards. One of my favorite parts of Shio is how you can bring up a map to see the level that you’ve explored thus far, and anytime you end up dying and get sent back to a previous checkpoint, anything you’ve already seen is then on the map. This way you are able to study to see where the hazards were and where you should actually be trying to jump or make your way to.

The story is told through a narrator who gives you pieces of history for the masked character and where he came from. The whole Chinese setting works really well with great character animations and backgrounds featuring many different layers. Similarly, the sparse soundtrack definitely accompanies the aesthetic and sounds pleasant being subtle enough that they don’t start to become repetitive. Unfortunately, there were some technical issues with a few instances of stuttering, which occasionally became a problem during some of the more difficult moments.

Overall, Shio has a great story component, a beautiful setting, and serene music, with platforming that feels rewarding and unique. The frustration brought on by the difficulty and some technical issues didn’t hamper my experience and even turned some elements into appreciation. The well-designed levels with plenty of horizontal movements and verticality and challenging gameplay kept me coming back with stellar gameplay.