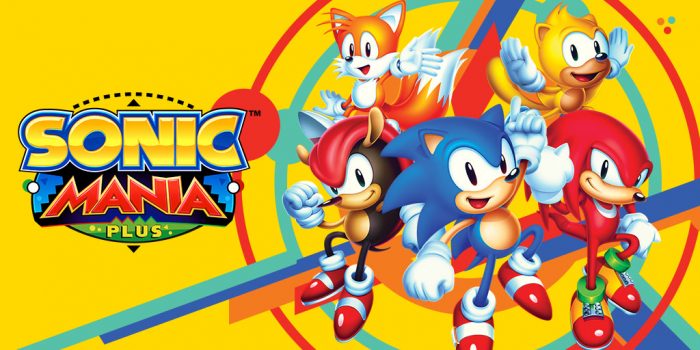 “Please sir, can I have some more?”

Last year, something truly incredible happened. While the Sonic Team was busy working on a 3D Sonic game by the name of Sonic Forces, a 2D Sonic game was also developed and, as it turned out, it was the Sonic game fans have been asking for!

Launching across various platforms, Sonic Mania was a huge hit with the fans and all those involved with the game, took notice. To the surprise of many, SEGA revealed DLC would grace the game that adds new content and gives it a change of name. Not only that, but the new version known as Sonic Mania Plus, would also get a physical release that costs $29.99 for Switch, PlayStation 4 and Xbox One. There also the reveal of a short animated series that consists of 5 episodes.

Much like how Sonic Mania was met with instant success, a similar thing can be said for Sonic Mania Plus. Not only is it almost universally loved by all Sonic fans and games media who play it, but it is actually the highest rate Sonic game in the last 25 years, as Sonic Mania Plus even tops the success of Sonic Mania.

So while things are looking up for the blue hedgehog, who will be racing his way to various platforms later on this year, when Team Sonic Racing launches later this year, it is time to address the biggest question of them all: “Is Sonic Mania Plus worth the upgrading?” To which we reply yes and not just to that question.

If you have not previously purchased Sonic Mania, getting the physical release is indeed, well and truly “worth it.” We’d also say it’s worth buying it, even if you own the original title and are trying to work out if having a physical edition to your collection is worth it. We also say Yes to those who have Sonic Mania and have yet to purchase the Encore DLC. Just because the latest update is out, it doesn’t mean the Plus experience is yours to have just yet. Why not? Because you’ve got to buy DLC first!

Speaking of the DLC, it will not break the bank in the slightest. Priced at $4.99, the Encore DLC is what adds the all-new Encore Mode. An extra campaign for players to play through familiar levels and make use of 2 new playable characters in the form of Mighty the Armadillo, and Ray the Flying Squirrel! Not only are the two characters a joy to play as, but they are just another aspect that really helps go a long way to making Sonic Mania Plus feel far more of a full game than Sonic Mania does and Sonic Mania was pretty packed as it was when it released last year.

On top of those changes and additions, there is also an expanded Competition Mode as now four players can compete against one another and if anything really good happens, players can now feel free to film it with Video Capture and share it on Twitter and Facebook, just as soon as they feel like it. The only bad thing about having Sonic Mania and buying the DLC is it means you will miss out on the awesome art book and reversible Sega Genesis cover art that is only available as part of the physical release? (An exceptional Sonic game, fun goodies and all for the price of $29.99? Say what!)

Those changes aside, the rest of Sonic Mania Plus, is still very much the Sonic Mania a lot of us fell head over heels for last year. It is a 2D adventure that runs at 60FPS that comes armed to the teeth with “HD retro-style graphics” and acts as an ultimate celebration of “past and future.” For long-time fans, there are plenty of classic levels available for you to enjoy, but they do come with a twist so as to give the old scenes some new life, as players take control of Sonic, Tails, Knuckles, Ray and Mighty, in their bid to do battle against Dr. Eggman and his robot army.

Story-wise, Sonic Mania and Sonic Mania Plus takes place after 1994’s Sonic & Knuckles and is a direct sequel to Sonic the Hedgehog 3. In the beginning, Sonic and Tails receive a powerful energy reading, which is coming from Angel Island. They go to investigate it and things soon turn sour as Dr. Eggman, aka Robotnik, has commanded his elite group of Eggrobos (aka the Hard-Boiled Heavies,) to inspect the signal. Before they know it, the Eggrobos can the upper hand and the main trio of heroes (Sonic, Tails and Knuckles) are sent back in time and forced to endure 24 levels made up of 12 zones, which each consists of 2 zones. (Remember, this is elevant to the main story mode and not Encore Mode.)

In typical Sonic fashion, each character has their own way of doing things, each level has a ticking clock and there are plenty of checkpoints for you to respawn out when you die/time runs out on you. There are also plenty of secret areas to be accessed as mini-games are available, one of which will require Sonic to catch a UFO, in his bid to lay claim 1 of 7 Chaos Emeralds. (Collect all 7 before you beat the game and a different ending is yours to behold, as well as the means to unlock Super Sonic.)

Players can also get modifiers, such as Debug Mode, Sound Test and of course, & Knuckles. (If you don’t know already, & Knuckles is a mode that allows players to have simultaneous control of any character and Knuckles.) There are also others Extras which are a great way for players to lay claim to earnable medals that are a great showpiece for the players who like to brag about their gaming prowess.

On top of all that, there is a beautiful soundtrack to enjoy, lots of high-speed action, especially in both Time Attack and Competition mode. There’s also a very colourful opening animation that never gets old. But, back to Competition, with this mode that has been expanded, with support for four players, you can now grab your family and/or friends and engage in a series of high-speed battles that do allow power-ups. As for Time Attack, it’s the same as before and is still the best way to prove to the entire world that you are the fastest blue hedgehog in the world, thanks to online leaderboards.

Within one year, Sega has taken what was already a fantastic game and made it even better. They listened to the fans, they have provided a beautiful collector’s edition at a reasonable price. They have added 2 desirable characters that are a treat to play as and we have Encore mode. There is no question about it, this is the Sonic game every Sonic fan deserves and we eagerly await the next 2D instalment!

One thought on “[Review] Sonic Mania Plus (Nintendo Switch)”