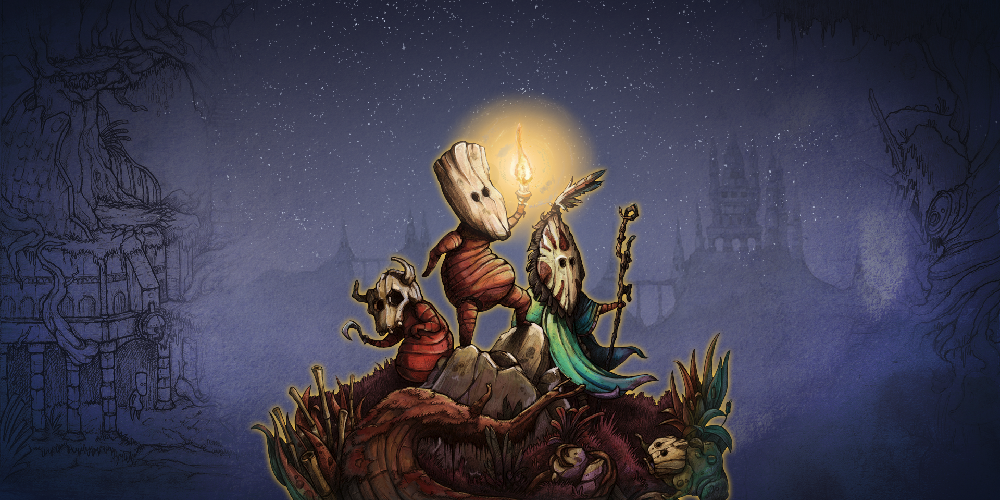 [Review] Candle: The Power of the Flame (Nintendo Switch)

Candle: The Power of the Flame is a platformer, adventure, puzzle game by Teku Studios where you star as the young Teku set out on an adventure to save his tribe’s Shaman and thwart the plans of the Wakcha Tribe. The game opens with colorful painterly animations that set the stage for a world ravaged into darkness by the evil tribe as you are tasked with the rescue of your village Shaman.

The story unfolds in these scenes that are also narrated well enough to help you understand the story and the various characters in the world. There isn’t much else there as far as a narrative. It’s a rescue mission from start to finish.

Teku rises to the occasion to save the village elder, armed only with his candle and your ability to solve environmental puzzles your journey through the world of jumping and sneaking unfolds. Each screen of the world is a hand-crafted watercolor painting with moving parts and objects you can interact with.

Candle: The Power of the Flame insists that you pay close attention to the surrounding world as you will need to interact with objects, sometimes in subtle ways before advancing to the next area. Along the way, you will have to douse your flame to avoid being detected by enemies as they move back and forth. During your journey, you will need to run and jump from platforms collecting items which you can use to further your walk through the world to the end.

Along the way, there are some fetch quests given to you by other NPCs that just want a little help for their own problems, which will keep you from progressing to quickly but never really feel like padding to the story. The downside here is that some of the backtracking required will have you navigating back and forth to places you have seen a few too many times. At least the backtracking is through beautifully artistic and animated environments and not a bland world of greys.

Candle: The Power of the Flame does have some odd control issues. From time to time I found that moving Teku throughout the levels, jumping from ledge to ledge would act somewhat erratically or jumping would not take me as far as it did on my last jump and I would drop to the ground below in an untimely death.

I thought at first I was doing something wrong, but after conversing with a few others around Twitter, I realized I wasn’t alone in what seemed like a plague of unresponsiveness controls when it came to the timing of jumps or edge detection. At least Teku wouldn’t have to go far if he died, there are a generous amount of save points found throughout the game which meant redoing sections were minimal.

In your journey with Teku you will be accompanied by light orchestral music that helps set the tone of the game early on. During cut-scenes, especially in the opening cinematic, the music has a lot to do with setting the mood. Candle: The Power of the Flame won’t be remembered for its musical numbers, but they are subtle and fitting entries that are on pace with the game’s style and design. Nothing stands out, but in the case of this slow, methodical, puzzle game, that is ok.

There is some voice acting in the game which is ok. Again the smaller studios only have so much to work with so you aren’t going to get award-winning performances. The narrator of the opening scene was a bit over-dramatic, but I felt as though it said more to the passion going into the game than it did about quality. The rest of the audio in the game is fitting with sounds of movement and gibberish from characters. Nothing was too overdone for my liking and game’s sound fit well with the expected environment and mood.

Overall I enjoyed the semi-Metroidvania-like gameplay of revisiting the previous areas of the game to complete fetch quests and puzzles. The attention to detail in the game and its world really helped me lean in and notice things, which would eventually be used to solve puzzles. Controlling Teku, especially when precision jumps were necessary really holds this game back from a higher score. If it wasn’t for the generous save points I think most gamers would get frustrated with incidental deaths. If you are desiring a relaxing game with some light puzzles, Candle: The Power of the Flame is a decent game with a beautifully designed world.