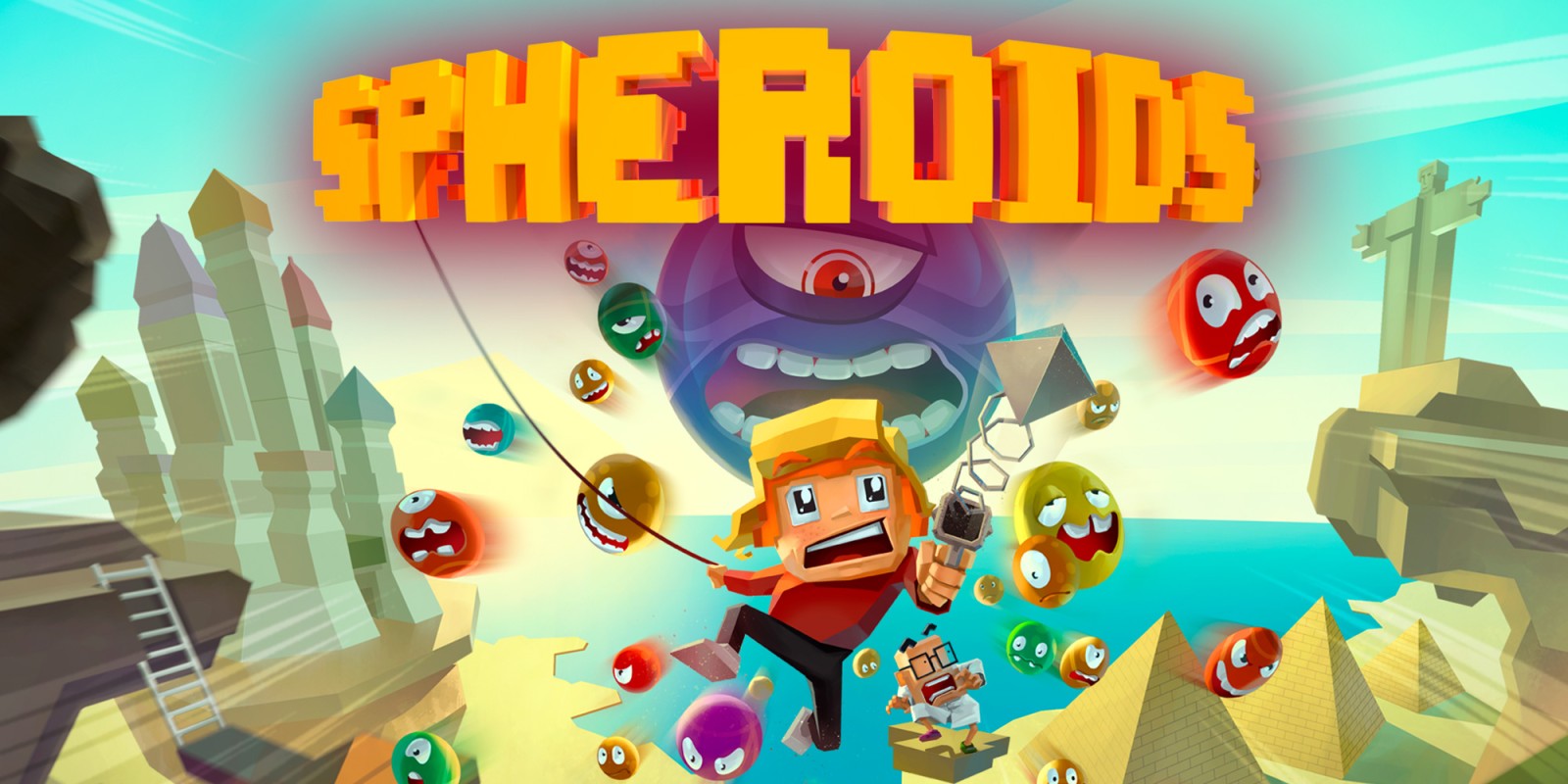 While the Nintendo Switch is currently without a new Super Mario Bros. game, in the 16 months it has been available on the market, it has seen its fair share of platformers released. One such platformer of note, is none other than Celeste and now another game aims to join the ranks of Cave Story, SteamWorld Dig 2 and that game is Spheroids.

Developed and published by Eclipse Games and brought to Steam last year, Spheroids is a retro 2D platformer. Like most games in its genre of choice, Spheroids takes inspiration and mechanics from the likes of Super Mario Bros., but it also takes inspiration from Futurama, Rick & Morty due to the games comical-science fiction setting, which it shares with the series’ previously mentioned.

As for how these elements actually carry over into the main game, well Spheroids is a game about a world under attack. An alien life-form called Spheroids have taken to invading the earth and there exists only one who can stop them, Lucas. Across 8 real-world countries/chapters, armed with his hook-firing weapon, the Canada born Lucas must run, jump and kill, if he hopes to save the world.

Level progression is pretty basic as most of the time it is a case of going from one side of the screen, all the way to the other, to reach a portal that resides at the end of the level. Lucas is not required to kill every last Spheroid to complete a level, but there will be instances where he will be locked in and must kill everything in sight, if he wishes to advance.

In typical platformer fashion though, just because things start off pretty basic, new mechanics are added the further you progress. From defying gravity and temporarily standing on ceilings, swinging around thanks to a grappling hook function for your gun and the use of teleporters, Spheroids is a game that will try to keep you on your toes.

If you try to rush, you will die more times than necessary, but luckily for the player, you will only ever respawn at your last checkpoint, so even though the game can be a bit of a rogue-lite due to having power-ups that you can buy, but lose if you die, at least the lives are infinite. (There’s also the option to quit anytime you like and continue your game, or select your desired chapter, but when you do continue your game, you will need to start over at the beginning of the given level.)

On top of the new mechanics that you will be required to master, there are also new types of Spheroids to fight as well. These new threats are introduced to you by Otto, a scientist who is quick to insult Lucas and send the child off to fight the alien menace. Otto is the knowledgeable sort who knows far more than he lets on (one example being the fact he knows all about alternate universes that the government is trying to keep secret and one such universe is home to a sphere-shaped life-form that wants to turn everything round.)

The different kinds of Spheroids include some that can’t even be harmed, some that must be hit twice, just to cause it to split once and then there are also a green-coloured Spheroid that has the ability to merge with Spheroids of the same colour, to return to its original state. It goes without saying that it is the latter Spheroid that is the worst one in the game, which is saying something as the wall-hugging Spike Spheroids can be bothersome in their own right, but killing the green Spheroids must be a priority as they are the biggest killers the game has to offer.

If you are lucky or skilled enough to maintain any power-up you have previously randomly acquired by destroying red blocks, or brought with the currency discoverable across the game’s 32 levels, the green Spheroids should not be too bothersome for too long, as a triple hook can soon turn your bad day, into their bad week! (As can a power-up that freezes them in place for a limited time.)

Now, while the soundtrack itself doesn’t stand out all that much, it does have a nice feel to it and I will give the design of levels the credit they deserve. The game’s aesthetic is pleasing, especially on the likes of the Greece levels. The Easter Island ones aren’t too bad either, just a shame it takes some time to get to them, as Easter Island is the last Chapter in the game. So up until then, I guess you’ll just have to settle for dealing with the likes of Japan, Brazil, Egypt, Russia, Kenya, India and Greece in the meantime.

But hey, it’s the journey and not the destination that matters! Talking about the journey, depending on how you play, Spheroids should only take you 3 hours from start to finish. So even though it might not be the most time-consuming platformer, it is still a moderately enjoyable one that comes with Video Capture.

Just because Spheroids is more Mutant Mudds than Rick & Morty, it doesn’t change the fact that it is an old-school styled platformer that anyone can pick up and play at his or her leisure. It may not have the challenge aspect that true platformer gamers desire, but it plays, it’s available at an affordable price and it won’t take up too much of your time, if you’re in a hurry and itching to get back to playing Octopath Traveler.