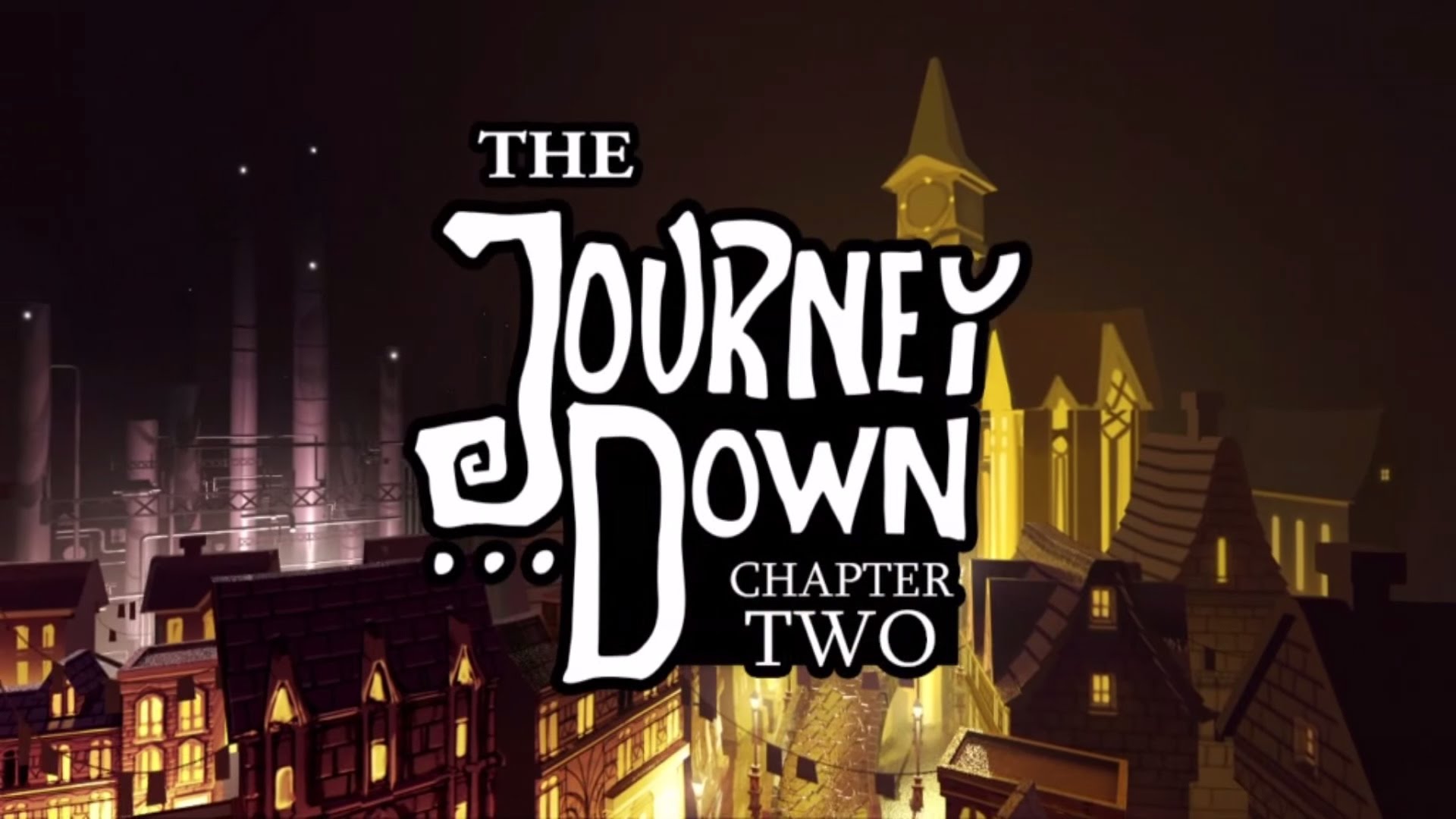 Unveil some mysteries in Part 2 of The Journey Down!

Before I properly commence this review, I would like to reinforce that this review is related to Chapter 2 of The Journey Down. If you haven’t played or read the review for the first one, you can read my review HERE. I will be keeping this review as much spoiler-free as possible, but I do recommend having read our review of the first game, or even playing Chapter One.

Nowadays, many story focused games, whether it is a Point-and-Click or Choice-Driven, are being divided into chapters or episodes. This trend was made famous by Telltale Games, even before the critically acclaimed The Walking Dead, but games like Life is Strange, Alan Wake and even Sonic the Hedgehog 4 also adopted this concept. The Journey Down is in this group and will the second chapter improve in the story aspects of the first, or will it fail horribly?

The Journey Down is a story told through 3 chapters that are all developed by a 4-man team called SkyGoblin. The first chapter was released back in 2012, with the second chapter released in 2014 and the third and final chapter debuting in 2017, after a successful campaign on Kickstarter. Until last year, the trilogy had only appeared on PC and mobile, but now, the 3 games are being ported to consoles, with the first and second chapter already out on Nintendo Switch and the final chapter being released this week. For this review, I will be focusing on Chapter Two.

Visually, this game continues using the mixture of hand-drawn, digital art and 3D models. After getting used to it in the first chapter, this style is introduced via a new city with a new unique vista that is totally different from the places you visited in Chapter One. But that isn’t the only place you will visit and it is an excellent improvement to the first one. I also feel that the new places are much more beautiful and as you go through the chapter, new things show up and a few areas change, which gives you the idea of the time passing and that you are on a living and breathing world.

The game also presents an excellent quality when it comes to animation and voice acting. I can say that the quality matches the one seen in chapter One and in a few areas, it even exceeds it. I also felt very impressed that they focused on animating and voicing every line of every character which may have been a big challenge for a small studio.

The soundtrack went through some changes behind the scenes as Simon D’Souza stepped down from the role of Soundtrack designer during the project (due to health issues and sadly, his death a while after) and to finish his job, he recommended Jamie Salisbury. Surprisingly, this mid-game development change didn’t impact the quality of the overall soundtrack. Each piece of music, whether composed by one or the other, features an excellent rhythm and melody that will probably stay with you long after you finish the game.

The control options in the game are identical to the one available in Chapter One. That means that you still can play using a controller or, in handheld mode, use the touch screen to dictate Bwana’s actions. Touch still continues to be the best control option, as the speed of the cursor and the useless inventory button continue to make the use of the controller, not the most intuitive and direct control.

No new aspects are thrown into the Point-and-Click aspect and most of the times, the puzzle solution will be easy to guess if you stop and observe your surroundings. But in this chapter, there was a moment that I ended up completely stuck and needed some external help to understand that the pigeon that I considered just a background detail was the solution to all the problem. But that didn’t affect my overall experience with it.

Story-wise, this game picks up a few moments after the first chapter ends and show us what happened with Bwana, Kito and Lina as they are taken to Port Artue and Bwana and Kito end up in jail. They now must escape, find where is and what happened to Lina and maybe discover more about the book and the connection with their father.

This chapter develops the story much more and better than the last one did, introducing us to new characters and revealing some of the mystery surrounding this game’s story and introduces us to a few more to be answered in the final chapter. I end up more intrigued to play the next one than I did when I finished Chapter One and that is an excellent improvement that this chapter does. But I felt that the final segment could have been transferred to the next Chapter as the ending isn’t as impactful as how the segment before ended.

The Journey Down: Chapter Two maintains a lot of the good aspects seen in the first chapter and improves on many of them, whether they were already good or needed some improvements. The chapter is a move in the right direction and sets things up nicely for Chapter 3. Now let’s hope the final chapter can live up to everything Chapter 2 did and build upon everything it introduced!