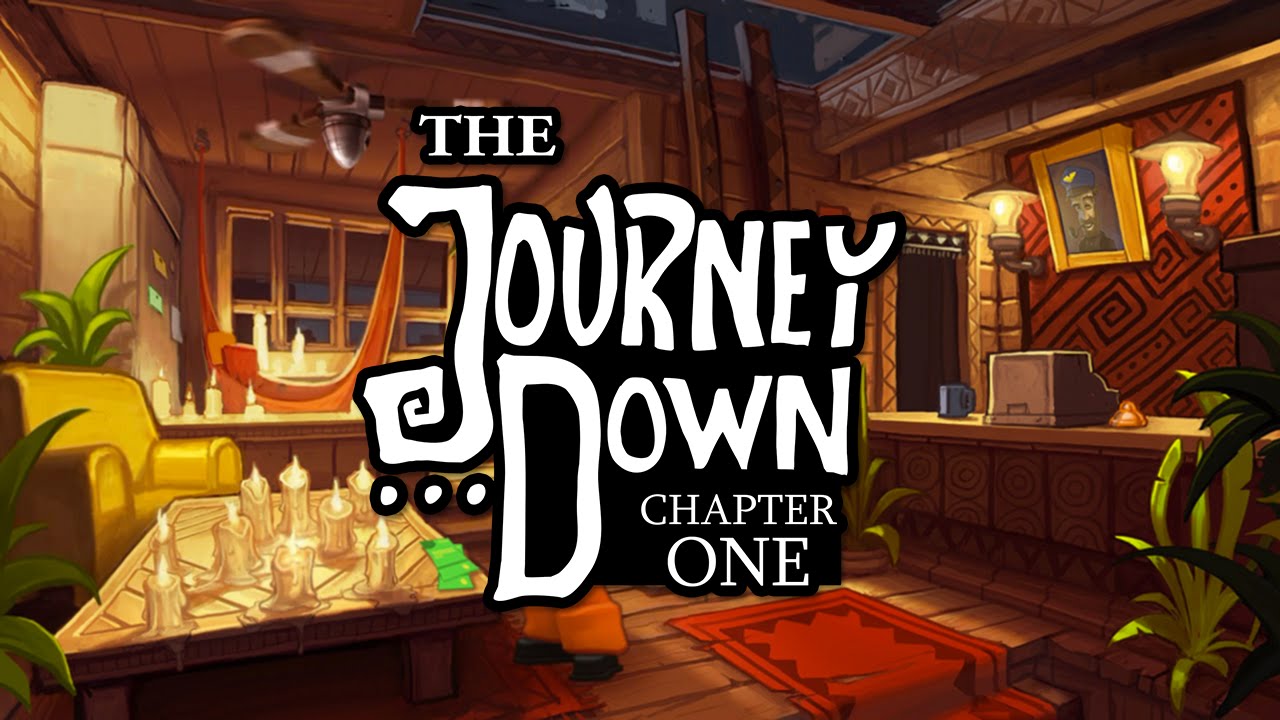 [Review] The Journey Down: Chapter One (Nintendo Switch)

Point-And-Click (or Touch) your way through Part 1 of The Journey Down!

Although very common in the 90’s and beginning of the 2000’s, as graphics and controller options grew and evolved, the quantity of new Point-and-Click games launched, ended up being each time fewer and far between. Most titles in this genre tend to release on PC, due to the practicality of controlling the game with the mouse, but a few games still end up releasing on consoles and due to the different control schemes, these versions end up being hit-or-miss. Is this is same fate that awaits the Point-and-Click game The Journey Down: Chapter One?

The Journey Down is a story told through 3 chapters that are all developed by a 4-man team called SkyGoblin. The first chapter was released back in 2012, with the second chapter released in 2014 and the third and final chapter debuting in 2017, after a successful campaign on Kickstarter. Until last year, the trilogy had only appeared on PC and mobile, but now, the 3 games are being ported to consoles, with the first and second chapter already out on Nintendo Switch and the final chapter being released this week. For this review, I will be focusing on Chapter One.

Visually, this game features a mixture of hand-drawn, digital art and 3D models. This mixture, at first, seems like a weird and strange combination with the 3D models of character popping out of the background, but after a while playing it, this weird and strange sensation disappeared and the idea of the visuals started to grow on me. What also helped me to start liking this game’s visuals is the consistency of the characters and locals designs that you find throughout your journey in this first chapter. The places you visit are mostly very well designed and beautiful in its own way and the characters design end up standing out and that feeling is reinforced even more when you learn that they took inspiration from sub-Saharan African masks and tribe culture.

The animations are, in general, very well done and I normally felt that the way they reproduced the action through the animation fit well with the style and the comic nature they want to give to some scenes. I also enjoy that they end up animating the mouth movement when the characters speak and I never felt the need for a precise lip sync.

I also have to praise the soundtrack of The Journey Down. It is of high quality, thanks to the amazing work of the late Simon D’Souza. His music is normally a mix of jazz with reggae that fits perfectly into place, like the final piece to a puzzle, as it creates an excellent atmosphere as you continue to play it. I kept remembering the beat of some songs even after I finished Chapter One and there wasn’t a song that I didn’t like or felt was annoying. The voice acting is well done as well and matches with what I imagined each character would sound like, but I think that for some people, this voice acting will take some time to get used to, as there are a few different accents and tones of voice that may sound weird at first.

Although visuals and audio are important, gameplay, control and story are the crucial elements of a Point-and-Click adventure game. So, control-wise on Nintendo Switch, this game has two different forms to play which ties with the console’s capabilities: controller or touch-screen. Neither of the gameplay styles is bad, but playing it with touch controls really ends up being the superior experience as this is an intuitive and direct way to point and click exactly where you want Bwana to go or to interact with. The control layout for the joy-cons are good, but they end up failing in a few aspects that makes the docked experience not as enjoyable, such as the speed of the cursor (to increase it, you have to hold another button all the time) and the X button to open the inventory that ended up being useless as I only used the L and R buttons.

On the gameplay aspect, The Journey Down: Chapter One follows a traditional Point-and-Click format with no noticeable addition. You will need to do one action to get an item that will help you get another item and so on. Not that this genre really needs an improvement, but this ends up making this game dependent on the story to stand out. One thing that this chapter does well is the fact that you can easily think of most of the solutions if you just stop and take a look at what items you have at your disposal and have the interest of exploring your surroundings.

Story-wise, this game introduces us to two guys named Bwana and Kito that work in a gas station and are also, a pilot and a mechanic, respectively. As the game starts, they are approached by a beautiful lady called Lina that is in search of a very specific book and also need a plane trip to the place mentioned in the book.

In this chapter, there isn’t a lot of development in the main story aspect, which can turn down a lot of people from the trilogy. But the game compensates a little by shining a light on the other people and on the main character’s basic backstory if you choose to explore and talk with everyone. But that isn’t enough to support the game, and so, this particular chapter ends up being just a good set up for what is to come, but not a remarkable chapter in the overall story. Finally, there are 2 things for me to say: there aren’t any Switch exclusive features apart from the possibility to use touch controls and keep in mind that this isn’t a true standalone title as its full story is told across 3 chapters.

The Journey Down – Chapter One is a curious and strange set up for this trilogy, one that presents nice vistas and good audio quality, but there isn’t a big story development in this one as you would expect of a Point-and-Click, so keep in mind that if you really want to experience the story you will need to invest in buying all three chapters. And if you want to know more about the other 2, you can read my review through the links down below.