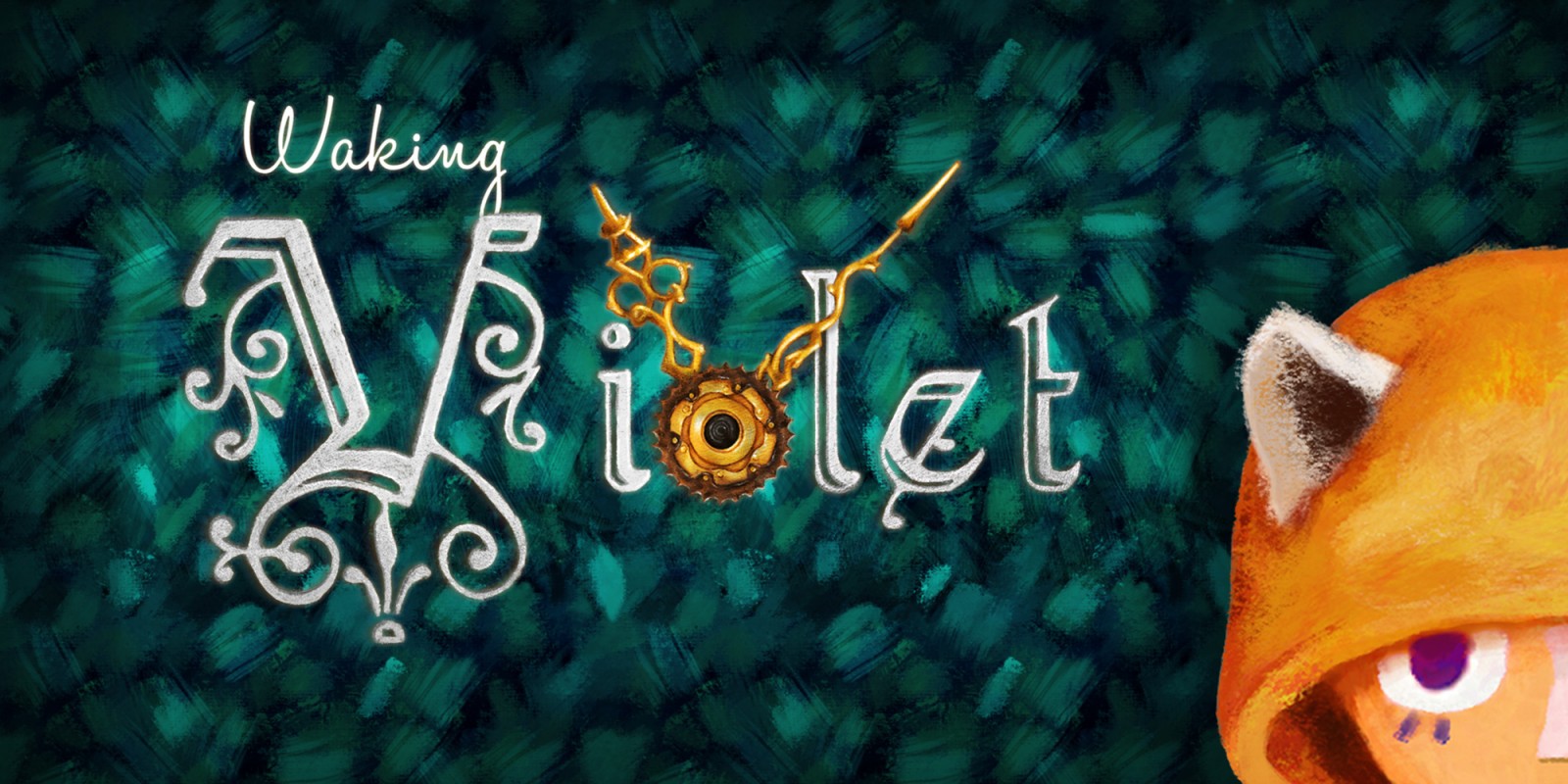 “Sweet dreams are made of this, who am I to disagree? I travel the world and the seven seas. Everybody’s looking for something.”

With the Nintendo Switch proving itself to be even more so of an “anything goes” platform, thanks to a constant flow of releases of genres, it should come as no surprise that there are plenty of puzzle games, playable on it. While not all of them can be about Sushi like Nintendo’s own Sushi Striker: The Way of Sushido, is, but there are plenty with a gimmick of their own that strive to be unique.

One such new release on Switch, which strives to do its own thing, is Waking Violet. Developed by Marco Mastropaolo and published by MixedBag, Waking Violet is defined as being a “classic” 2D top-down puzzle game that tells the story of Violet. Violet is a young girl who is sick of the way her parents treat her. She loathes being treated like a kid and can’t wait to grow up. (We’ve all been there.)

But because she is a kid and its night, it’s bedtime for little Violet, however, it is not sweet dreams that await her. After all, what kind of game would Waking Violet be if the dreamscape she would escape to her, was home to chocolate rivers, rainbow coloured clouds, gumdrop rain and called “Fluffy Bunny Way?” Actually, if done right that could be a good game, but that game is not Waking Violet. So, instead of exploring a surreal paradise where the unicorn rides are free, Violet has to suffer through a wicked nightmare that is broken up into 42 different levels.

Ironically enough, the levels are a bit garish and it’s not because they look hideous, as the hand-drawn visuals are rather appealing, but because some of them will downright challenge your puzzle-solving aptitude. If you are not prepared for Waking Violet, no matter how much its downtempo soundtrack tries to stimulate your concentration and put you at ease, there will be some levels that will see you rage quit, only to come back a little while later and solve the level fairly effortlessly. (Yes, Waking Violet is one of those kind of puzzle game.)

I will be the first to hold my hand up and admit there were instances where I struggled and proceeded to put my Switch into sleep mode and do something else for an hour or two, before trying again. Much like the Blooper level in Mario Tennis Aces, Waking Violet managed to bring out the bad gamer in me, but because I did stick it out, I did come to appreciate Waking Violet, thanks to its Zelda-like qualities.

Once upon a time, the Zelda series of games, didn’t have Stasis and Magnesis to solve puzzles. What they had, were things like switches, movable blocks and objects that require a very specific action performed on them. It is these features that are present in Waking Violet. With each of the game’s 42 levels requiring her to collect an alarm clock to activate a portal and then reach aid portal, Violet has no choice but to move blocks, complete Mana Potions that will allow her to learn various spells and evade enemies.

Still, just because Violet can go on to learn how to walk on water for 10 seconds thanks to a spell, clone herself and even attack blocks to her, she can’t pull blocks. So, if she pushes one into a corner, she’d be in a pickle, if it wasn’t for the game’s best feature. Whenever a player messes up, although they can always restart the level or leave it entirely, do another one and come back later, the players can also use the L button as many times as they’d like, to rewind time. You’re not just restricted to the last action you did either as L will allow you to keep rewinding, until you undone everything and wind up back at the start.

Being the Zelda nerd I am, I well versed in time travel in video games and do approve of how it was implemented as it does allow players to have as many chances as they need, to solve the level on their own. There are of course hints available, but they are so vague and limited that they hardly help at all, as they serve more as a reminder as to what Violet can use her spells for. More than just reversing mistakes though, because enemies, which are activated whenever Violet collects the alarm clock on each level, can kill her in one hit, even death can be reversed. (Be kind, rewind!)

You could argue that revising deaths is cheating, but given the difficulty of some levels, you will be grateful for the opportunity to do. After all, the more levels you complete, the further into the nightmare you can progress and discover just what, or who, is keeping you there and why? Now, if you’re after for spoilers, you will not get any here, but both the twist and ending, do justify all the suffering you’ll experience and in the even you do something truly amazing, this is one indie puzzle game that comes with Video Capture, so there is no excuse whatsoever from stopping you from sharing your excellence from social media.

Punishing or not, Waking Violet is one of the more aesthetically pleasing puzzle games on Nintendo Switch. It might not have the charm of an earlier Zelda game, but as long as you love puzzle games, love a bargain ($6.99 in the eShop) and adore a challenge, than Waking Violet will win you over in no time!