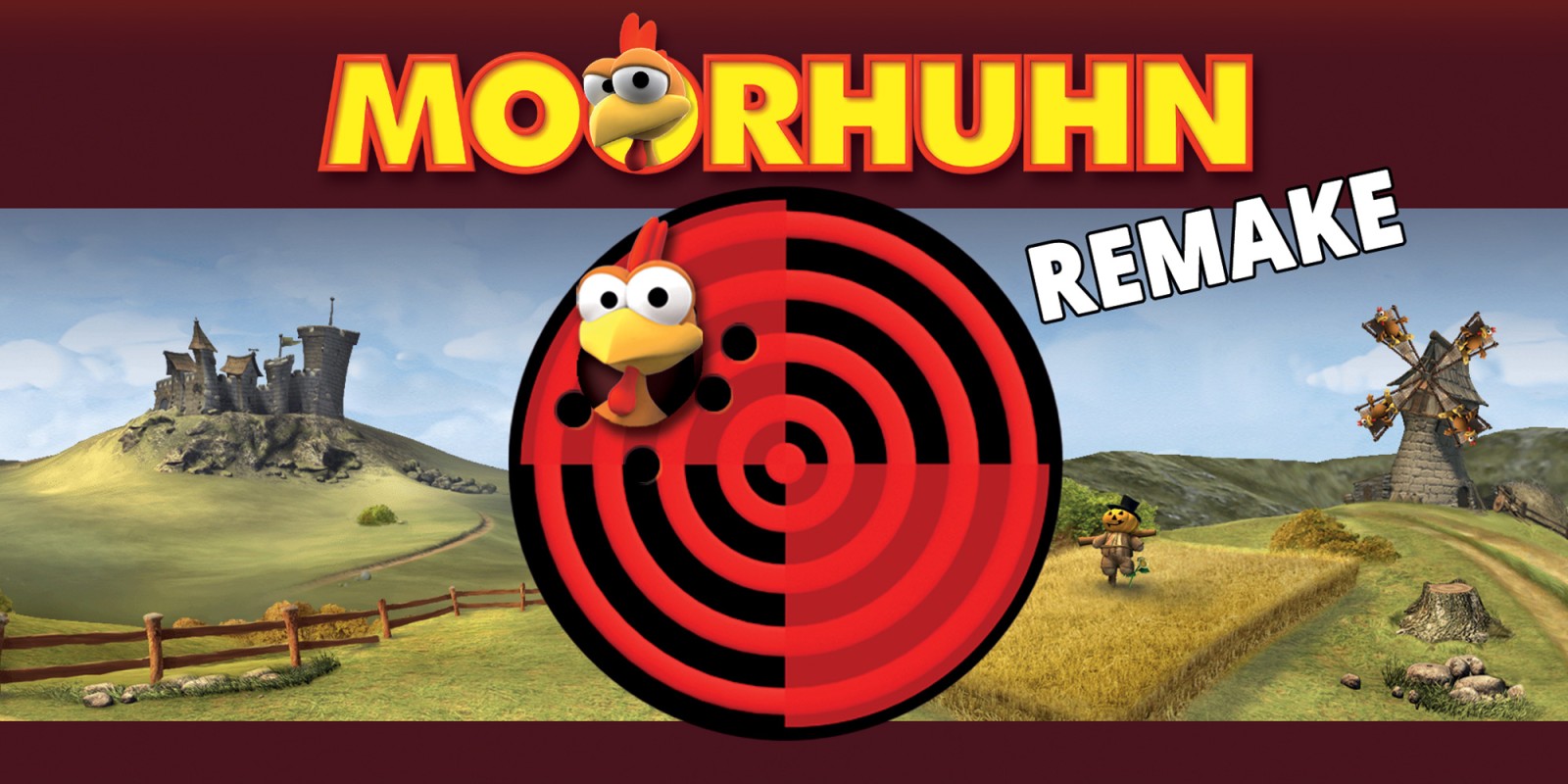 Moorhuhn Remake is absolute shovelware garbage and by far the worst game I have had the misfortune of playing on the Switch. Not since Elf Bowling has a game been this transparent in its attempt to repackage a free browser game as an overpriced console product. It has a whopping three modes: a single-player mode in which you shoot at chickens and frogs for 90 seconds, a 1v1 duel mode where you do the exact same thing but with a friend, and a “multiplayer” mode for two to four players where you just play the first mode again but pass the controller off after each round.

You can choose to play the game in docked mode (where the slow-as-molasses button controls ensure that you’ll never get anywhere on the leaderboards) or handheld (where you can enjoy slightly better touchscreen controls at the cost of poor precision). The game’s sole music track is annoying, the sound effects are limited and repetitive, and the graphics consist of three ugly pre-rendered animals and one scrolling background that looks to have been cobbled together in a single afternoon. This concludes my summary of all the content featured in the game, which will likely take you longer to read than it did for me to play through.

At the request of my editor, I have been asked to go into a little more detail on why exactly Moorhuhn Remake is deserving of a zero. I thought this to be fairly self-explanatory, especially considering a link to the full game that runs in your browser is contained in the review so any prospective buyers can see exactly what they’re getting into, but let me go even more in-depth on why this game is the worst of the worst.

As stated earlier, this was previously a free online game which has now been slapped with an outrageous price tag to make a quick buck off of unsuspecting gamers. Wii U gamers may remember this tactic from back when indie developer RCMADIAX used to pull it by releasing “games” on the eShop that were actually slightly modified Construct 2 tutorials with his logo hastily scribbled onto the title screen, but at least he had the decency to only charge $2 for them. Moorhuhn Remake attempts to circumvent this issue by boasting that it offers exclusive content specially made for the Switch, but literally all they have done is add a second cursor to the screen for multiplayer and thrown in the most basic high score list imaginable.

Even all this could be excused if the game was any good, but – you guessed it – it’s terrible. It’s the type of thing you might make as your first effort in Game Maker, a simplistic snoozefest of a point-and-shoot with no depth beyond remembering to reload every eight shots.  The idea that anyone would actually buy this game for seven whole U.S. dollars, play through the two minutes’ worth of content, and actually feel like their purchase was worthwhile is so far-fetched that even a score of one would be too high for this game. If you purchase this game, you will hate yourself, and that’s all that really needs to be said to justify Moorhuhn Remake‘s pitiful score.

Did I mention this is $7? Please do not fall for this blatant scam. Leave this awful, cynical cash-in to its inevitable fate: languishing in the eShop’s “Great Deals” section at 90% off for all of eternity.