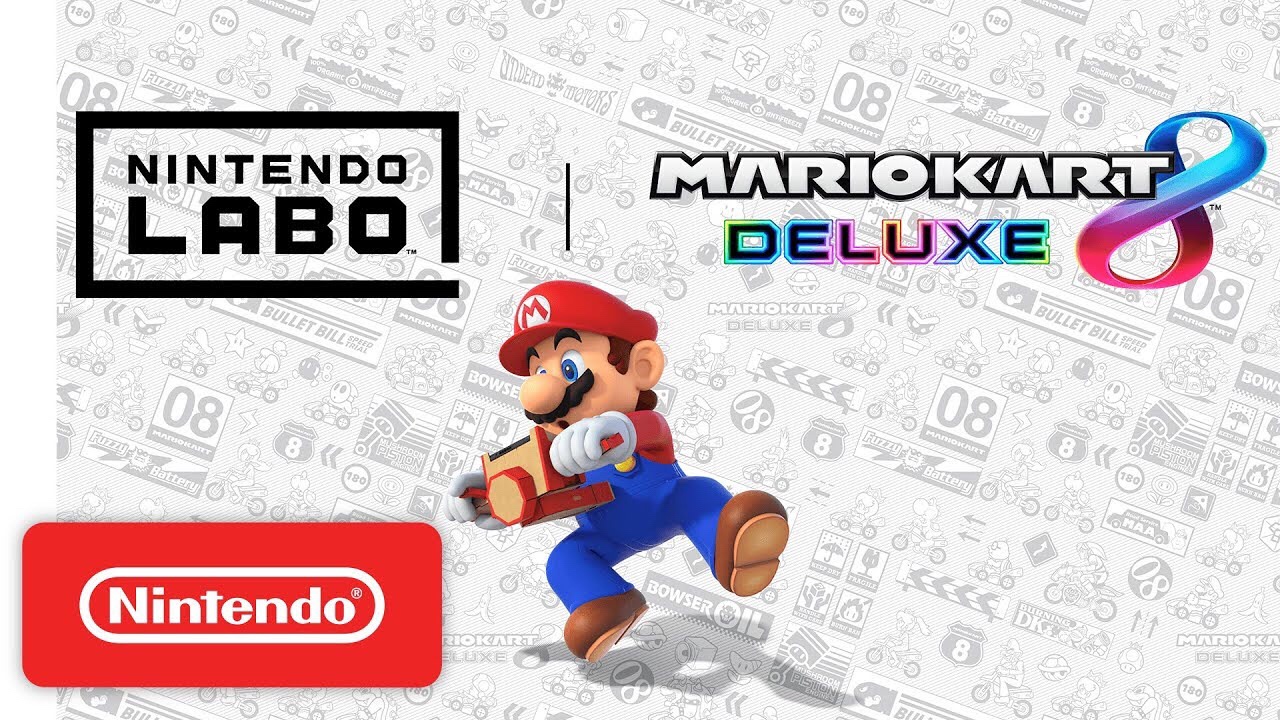 Here’s something I never expected I would have to say: “You can use Nintendo Labo with Mario Kart 8 Deluxe.” Or to be more specific with it, the Nintendo Labo Toy-Con Motorbike can now be used as a controller and you can see a video of it in action, right here:

As something that come completely out of nowhere, we actually think it’s great such a thing has happened. Yes, DLC would have been better, but we did actually say in our Labo review of the variety kit, that the motorbike game felt a bit like Mario Kart 8 Deluxe, only not as good, so to see Labo make the leap to something like Mario Kart, it makes us wonder what series could be next? It doesn’t play to badly either. Still, until Labo pops up in another game, here are the patch notes for the MK8D update, which added Labo support and just so happens to be out now and is a requirement for those who wish to continue playing online: