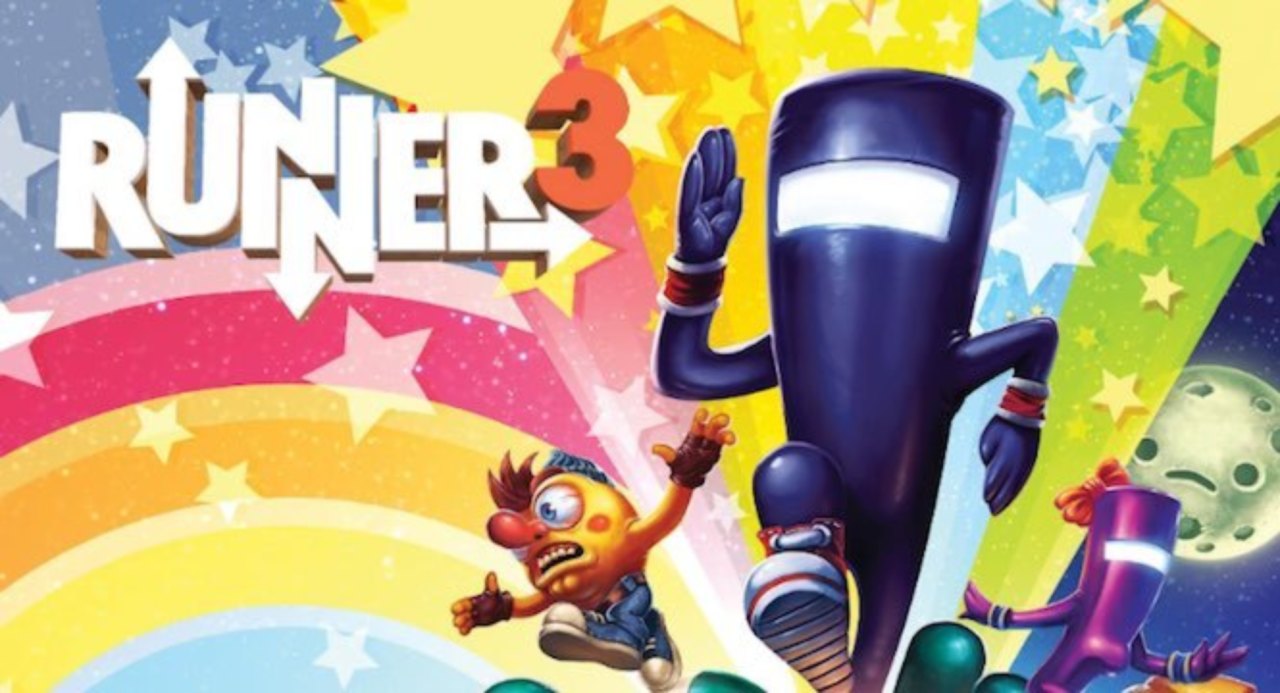 I’m ready to get my running shoes on! Are you a fan of the classic Bit.Trip Runner or Runner series? Do you miss hearing your good old friend the narrator? Well, you’ll feel right at home with Runner3!

Choice Provisions, the studio behind the Runner games, are back with their latest Runner adventure! But what is Runner3? Well, Runner3 is a rhythm & music based game that features aspects from both Bit.Trip Runner & Runner2. When you open up the game, you hear a familiar voice who welcomes you to the world of Runner3, the Narrator. The story starts out with your enemy known as the Timbletot trying to rid the entire multiverse of everything love and happiness. You, Commander Video, must set out to stop Timbletot using your endless Runner techniques and styles.

The gameplay of Runner3 features a lot of unique and different approaches to style. Commander Video has a wide variety of techniques at his disposal such as a double-jump, a wall-jump, & a slide-jump. Runner3 should be treated as part Rhythm game as you can’t control the direction Commander Video is running. Often while running you are only able to go between two different paths using the L or R triggers. Want some unique running twists? There are often times, Commander Video will have the chance to Drive and Fly different vehicles that he comes across for a period of time. Ever wanted to drive a plane that’s shaped like an eggplant, or a minecart? Well, now’s your chance to live your dream! Most levels revolve around the key movements of Running, Jumping, and Sliding alongside the rhythm of the music!

All levels feature a gold-bar path and a gem path that offer different styles of difficulty. Gold-Bar paths offer a normal degree of difficulty while Gem paths will offer a hard degree of difficulty. Later on, you’ll even unlock retro challenges that take place in a world completely pixelated! Collect tapes and other collectibles to unlock these retro-themed levels. Want to race your friends for the best score? All levels feature built-in leaderboards that keep track of overall score within a level.

Want to customize or even play as a different character in Runner3? Wondering what to do with all those Gems and Gold Bars? Well, they are the currency used to purchase a wide range of accessories for Commander Video! The shop can contain different costumes, capes, and accessories and will unlock once you reach a certain point in each world. Remember when I mentioned playing as a different character? Well, Runner3 features a wide selection of guest characters that can all be unlocked by completing a given characters Hero Quest. I won’t spoil them all, but there are some pretty unique characters from the likes of Shovel Knight to the narrator himself, Charles Martinet!

The various worlds in Runner3 feature vibrant colors and a whole load of wacky items. The first world “Foodland” is filled with various pieces of food scattered across the map, I can definitely say that the visuals coincide with the names of each given world. Not once did I ever get bored with the overall visuals, the vibrant and living breathing worlds often kept me engaged during my entire play through. The game’s soundtrack was another high praise for me as well. Being part rhythm game, I never got sick of listening to the games various tracks as I tried running my way through a level. The tunes often kept me in sync with my character as I was going after those Gold-Bars and Gems!

Although this being my first entry into the Runner series, I found myself thoroughly and overly pleased with this release. Runner3 was definitely a welcomed addition to the Runner franchise. Runner3 features a vast amount of different levels and unique twists on a classic “endless runner” formula. The vast variety of guest characters was amazing to see in this game as well! I can whole-heartedly say that I enjoyed Runner3. Although there is nothing negative to be said about the game, the game’s difficulty may be a complaint for some, if you are not used to playing this style of gameplay. I should mention here that an upcoming patch will add in an additional “Easy mode” which should address any difficulty complaints.

Fans of the Bit.Trip Runner and the Runner franchise, look no further than Runner3. Those who enjoy the series’ creative and humorous dialogue and characters, can expect a whole lot of fun when it comes to the series’ latest entry. The various guest characters left a lot of variety within the games vibrant and colorful worlds. Runner3 is a worthy follow-up from Runner2 and is a game Switch owners should definitely check out!