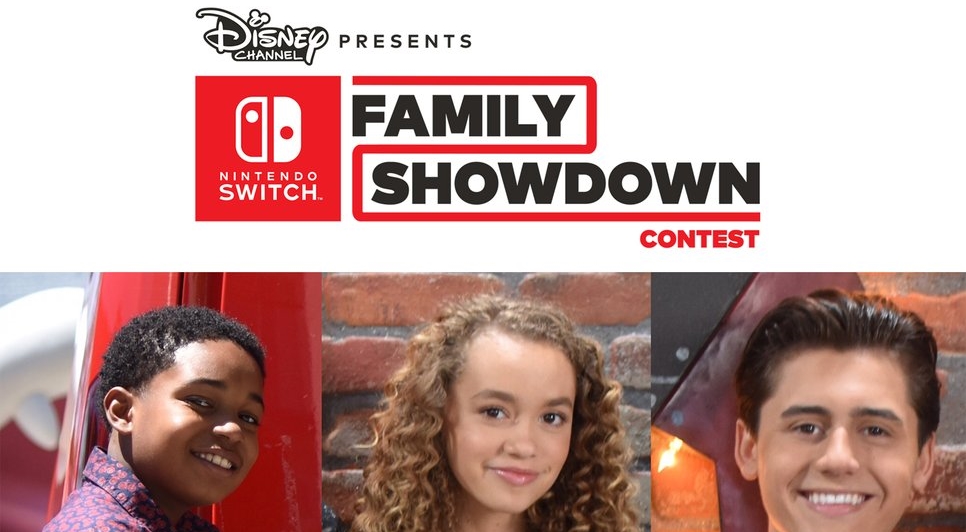 If you’re part of a family, living in North America, is your family one that plays together? Spends your summers together and are looking for something fun to do? If you answered yes to all, then this piece of news might be something that will interest you.

Disney are presenting a Nintendo Switch Family Showdown show this summer and they’re looking for families to enter and go head to head, in a series of Nintendo Switch game challenges. The full announcement can be seen here:

The Disney Channel presents Nintendo Switch Family Showdown will pit families against each other in a fun and friendly competition. On a colorful Nintendo-themed set, families will compete in a series of challenges in Nintendo Switch games, like searching for collectibles in Super Mario Odyssey, competing in head-to-head matchups in Mario Tennis Aces and participating in dance-offs in Just Dance 2018.

For more information about and to enter for a chance to be a part of the Nintendo Switch Family Showdown, visit http://nintendoswitchshowdown.com/.

NO PURCHASE NECESSARY. Many will enter. Few will win. Contest begins at 12:00 PM (noon) PT on 6/18/18, and ends at 11:59 PM PT on 7/1/18. Open to legal residents of the 50 U.S. or D.C. between the ages of six (6) and eighteen (18), inclusive or the parent/legal guardian/grandparent of an eligible child. Minors must get parent’s permission to enter. Winners must travel with their family (up to 4 family members) to the tournament on 8/3/18. Limit 1 entry per person. For full details including eligibility restrictions, how to enter, prize description and limitations click/tap Official Rules. Void where prohibited. Sponsor: Disney. Nintendo is not a sponsor, co-sponsor or administrator of this contest.