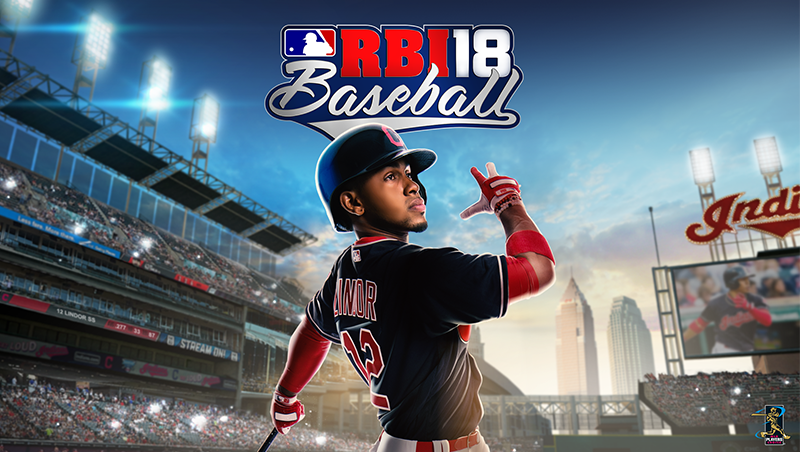 Having a solid fully-licensed Major League Baseball experience is all I have wanted and since we can’t have the stellar MLB The Show series on Nintendo Switch R.B.I. Baseball 18 is the next best thing. The R.B.I. Baseball series, however, has been anything but stellar and in fact, has had some very poor arcade baseball experiences in recent years. Now, Major League Baseball has finally had to step in and take over full development of R.B.I. Baseball 18 and while it the improvements are noteworthy, there are still some glaring issues that need to be addressed.

First-off, R.B.I. Baseball 18 is fairly well represented in the features department. It has all of the real players and the rosters are regularly updated to reflect their real-world counterparts. All of the stadiums have been given graphical upgrades and look much better than in past games.

There is a 10-year franchise mode with fully customizable rosters so you can add any players you want for your team, a postseason mode, and local multiplayer. Unfortunately, there is no online mode for the Switch version, instead of having only a 2-player competitive mode. A nice inclusion is the added Home Run Derby mode, with the most recent MLB players represented.

The new graphical improvements to character models and facial expressions, as well as new batting stances, add some flare to a series that always looked generic with stiff character animations and poor hit detection.

I appreciated how streamlined and crisp the menus looked with you having the option of having your favorite team represented within the menus. Now, although the game is just as simple and pick-up-and-play as ever, it is at least is trying to play more like a modern-day baseball sim.

R.B.I. Baseball 18 may have made improvements across the board in terms of adding features and graphical improvements, but it’s in the gameplay where the simplicity comes in. This is both a positive and negative as there are no good ways to change pitches and this makes it difficult to trick batters due to the position of the camera always behind the batter.

Everything is a matter of timing as you can choose how hard to throw and control where the ball comes across the plate, but without an indicator on where the ball shows up, it’s pretty much a guessing game. The same goes for batting with no way to perform different swings, just making sure you swing as the ball crosses the plate.

Auto-fielding never felt right and made for one of the more frustrating elements of the gameplay. Playing against the AI in franchise mode there is always that split second of indecision when your opposing batter hits the ball as you never know which fielder the game will choose for you to control.

This gives your AI opponent an advantage, as their defense always seems to move with a greater amount of fluidity. You pretty much only have to press one of the face buttons in order to throw to that corresponding base and that’s it. You can pinch hit when you’re deep into the innings, and you can also turn to your bullpen if you need a new pitcher with the arm strength to see you through the later stages of the game.

There are still a number of problems that persist in R.B.I. Baseball 2018 from previous entries in the series. AI fielders make way too many errors and pitchers seem to always run out of steam in the fifth inning regardless of how many throws they’ve completed. Even worse is how glitchy and wonky some of the character animations are.

Characters making needlessly insane circus-like catches, throwing in opposite directions that they’re facing, some players disappearing from the screen after getting out; it’s somewhat funny, but gets old fast, especially when it affects your game.

The most unfortunate feeling I had when playing R.B.I. Baseball 18 is just the lack of a compelling system of play. Arcade sound effects, while repetitive, add a tiny bit of excitement to each hit, but not even the best sounds in the world can improve upon the tedious pitching and loose hitting.

There’s no broadcaster speaking over the gameplay, just someone saying “Safe” or “Out” in different tons which can be annoying, and the crowd is strangely quiet at times when it shouldn’t be, like when a big play is made. It’s not a terrible game by any means, but after working through the top and bottom of your first few exhibition games, you’ll have witnessed the sum of the release’s complexity.

R.B.I. Baseball 2018 is a simple arcade baseball-sim game that lacks in the execution department. The added modes and clean menus give the game a nice presentation, but the gameplay is still as dull as the past entries in the series.

Also, with the amount of wonkiness and some glitches present, it makes this a hard game to recommend, even if it is the only major baseball game on the Switch. The laid-back nature of the title can provide a good time for casual fans, but more passionate and hard-core players might be left wanting more.